Labor Picture May Brighten in 2012

By Diana Ransom
January 4, 2012
Opinions expressed by Entrepreneur contributors are their own.

Editor's Note: This is the third installment in a four-part series analyzing the outlook for small businesses in the year ahead. Read the other installments on health care, financing and pricing.

In November, the net share of owners who said they plan to create jobs over the next three months rose four points to 7 percent, the highest level in more than three years, according to the latest monthly survey from the National Federation of Independent Business. And among fast-growth companies, the majority of entrepreneurs who responded to a September survey said they plan to hire in 2012, with 41 percent expecting to add more than 20 employees, according to the Kauffman Foundation, a Kansas City, Mo., research organization focused on entrepreneurship.

"Many small-business owners are thinking we're turning the corner on employment," says Rafael Pastor, the CEO of Vistage, an executive coaching firm that tracks CEO sentiment among small and midsize businesses. 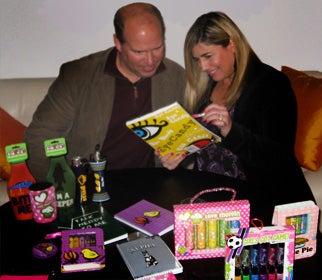 The labor picture, while still subdued compared to pre-recession levels, has brightened thanks in large part to an uptick in sales projections, experts say. That's the case for Ted Scofield, co-founder of Icebreaker Entertainment, a New York maker of quirky consumer products, who is looking to hire 10 employees this year. He is encouraged by requests for new product designs this year from such retail customers as Wal-Mart, Kohl's and Dollar General.

Related: Jobs Bill Breakup: What Will Entrepreneurs Push For?

His positive outlook represents a major shift from what Icebreaker's six-employee staff experienced during the recession and financial crisis. "The downturn was like pushing a big pause button on our business," Scofield says, noting that purchase orders were repeatedly delayed.

Still, risk factors such as the shaky housing market, the federal deficit and the European debt crisis could derail new hiring in 2012, says Mark A. Price, a labor economist at the Keystone Research Center, a think tank in Harrisburg, Pa. "Any one thing wouldn't [necessarily] drive the U.S. back into recession, but it could slow a growing economy" and crimp hiring plans.

Uncertainty in Washington clearly isn't helping to inspire confidence and spur hiring. Congress may allow the tax cuts ushered in by President George W. Bush to expire at the end of 2012, increasing the top rates for individuals and small-business owners with incomes above $250,000.

Furthermore, Congress could vote against extending the payroll tax holiday, which currently reduces the 6.2 percent Social Security tax by two percentage points. If that provision isn't extended within two months, the rate will spring back up and trigger an annual income loss of $1,000 for the average household.

The higher Social Security tax could hurt consumer confidence, according to Alan Krueger, chairman of President Obama's Council of Economic Advisers. In a December speech in Charlotte, N.C., Krueger cautioned that if Congress doesn't extend the payroll tax holiday through 2012, job losses could result, breaking the economy's recent strides.

Related: What a Payroll Tax Holiday Could Mean for Employers

In November, the U.S. unemployment rate fell to 8.6 percent from 9 percent in October. And businesses that employ fewer than 50 workers added 110,000 jobs in November, nearly double the 58,000 hired in October, according to payroll company Automatic Data Processing Inc. and consultancy Macroeconomic Advisers.

Small companies are likely to continue adding jobs if they believe Americans will increase spending. Based on recent data, consumers may in fact be ready to open their wallets. They expressed the greatest confidence in eight months in December, partly because of the improving labor market, according to the Conference Board's consumer confidence index.

That's how interior designer Kerry Ann Dame of Surfside Beach, S.C., feels. After the economic meltdown, her company Posh Living saw demand plummet. But sales have ticked up 20 percent in the last six months, Dame says. "People can live with their shabby sofa for a year or two, but now we are starting to see smaller to midlevel clients come back out."

Given the sales rebound, she plans to hire one of her freelance workers on part-time with more regular hours. "We're having this feeling that things are coming back," says Dame, adding that she doesn't hire if she has concerns about potential layoffs. "When you're a really small business, the people you work with are your friends, and you never want to see friends struggle or lose their jobs."

Tomorrow's installment will take a look at the trends in pricing for small businesses in 2012.