What a Theater Chain Can Teach You About Audience

By Jacob Hall May 12, 2014
Opinions expressed by Entrepreneur contributors are their own.

The quirky Alamo Drafthouse opened in 1997 as a one-screen repertory house in downtown Austin. Today, the chain boasts 18 locations, opening 7 in 2013 alone, bringing its quirky programming and famous "no talking and no texting” policies to every corner of the country.

We sat down with CEO Tim League to discuss what's been going on behind the scenes at Drafthouse headquarters to understand how this chain grows while other movie theaters struggle. His advice for building an audience – and crafting a unique experience -- can help any company looking to grow its base. 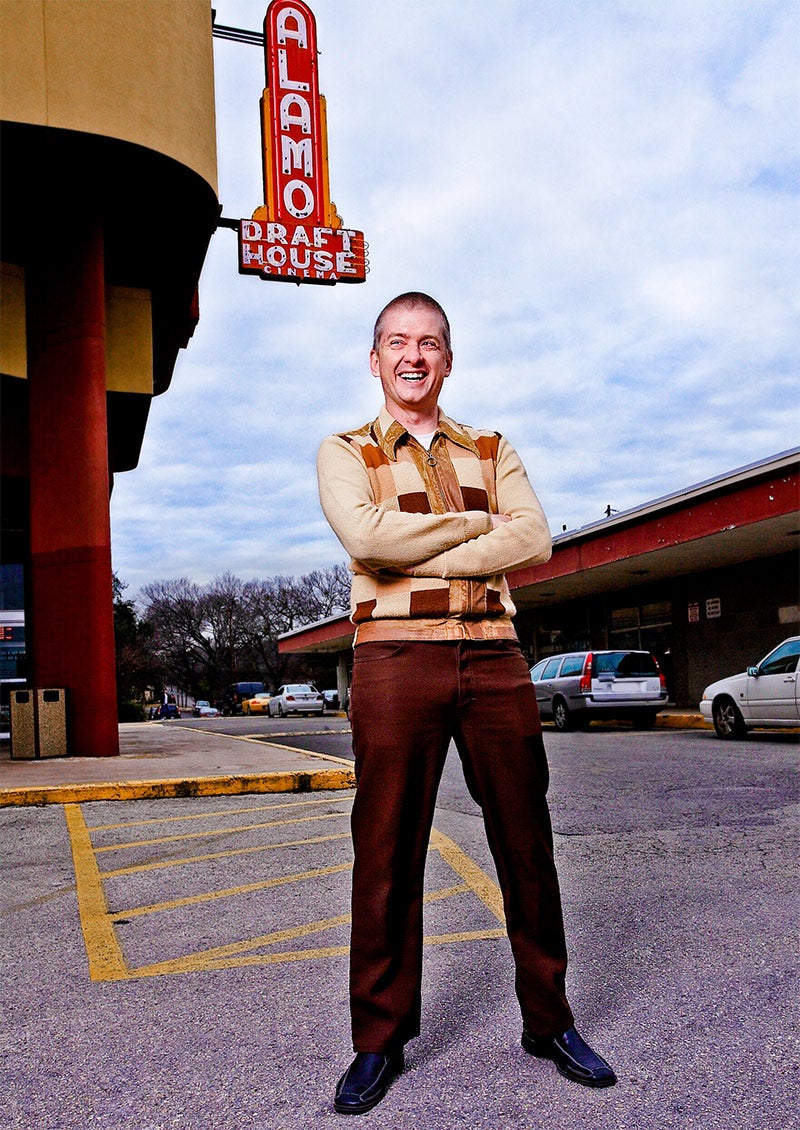 Don't underestimate people. When the Alamo Drafthouse set out to expand across the nation, the skeptics were vocal. They felt other cities wouldn't embrace Drafthouse's "Austin" culture and its strict no-talking policy. But League says that ardent movie fans of all ages want a respectful environment and avoid theaters thanks to rowdy crowds and the glowing lights from smartphone screens. League says that Drafthouse isn't interested in pleasing everybody -- if people want to talk and text, they can go elsewhere. Still, he says his theaters create a unique setting that his underserved market appreciates.

Adapt. Though it is a franchise with locations across the country, not every element of every theater is identical. For instance, a Kalamazoo, Mich. location was selected thanks to its proximity to a college campus, strong beer culture and burgeoning art scene. Still, League hired a creative director and let him manage the theater in a way that appealed to the area. The location, opened last November, features screenings of locally-produced films and special showings that coincide with plays being put on by local high schools, programming that Kalamazoo creative manager James Sanford says is critical to the theater's success. A special "Cheap Date Night" series helps battle initial local impressions that the theater was exclusive and expensive.

Have a conversation. The Drafthouse splits its social efforts by region and market. That means there is a unique Twitter and Facebook account associated with each city where the Drafthouse has a presence. "Social media is most effective when it actually is a conversation,” League says. "It's hard to have a one-on-one conversation when you're talking to millions.” By breaking its social platforms into several smaller groups, individual complaints and suggestions from customers are addressed more quickly and efficiently, better fostering customer loyalty.

With exposure, comes growth. While Drafthouse's profitability comes from new releases, original programming and unique events (like sing-alongs with Prince’s Purple Rain) remain crucial to the company's identity. "My not-so-secret mission about expanding Alamo Drafthouse is to develop a young cinephile audience," League says, explaining that a kid who comes in to see Captain America may find his interest piqued by a promo for a film noir marathon or a screening of a classic or foreign film.

Which is why the Drafthouse teams up with film clubs in smaller towns like Winchester, Virginia. Through the clubs, cities get a chance to see a range of films, from the latest independents, to anime and documentaries, so movie-lovers can check out a genre that they might not yet know that they love. “Over the course of a year, we built up an audience for [these screenings]” with hundreds of attendees, he says. "If the guys in Winchester can make it happen, I think we can do it just about anywhere."

Keep things fresh. With home theater technology getting better than ever, cinemas need to offer something truly special to remain relevant -- they need to be hip and cool.  League says that it's vital to stay on top of the latest food and beer trends and maintain the highest quality projection possible to go toe-to-toe with at-home options such as on-demand and Netflix. He takes his personal standards very seriously: "[We] need to really be focused on ensuring that we're competitive and making sure that going to the movies stays fun in every aspect, from technical presentation to the way you treat your customers to the state of your facilities."