Tantalizing though it may seem, viral stardom isn’t for the faint of heart. Just ask Rebecca Black.

In 2011, Black shot to overnight renown with the awesomely bad Friday, a robotic ramble of a song -- and accompanying music video -- about, among other things, cereal bowls, car seats and partyin’. Atop skittering synths, the lyrical hodgepodge included gems like, “Yesterday was Thursday/Today it is Friday.”

Equal parts catchy and campy, Friday racked up millions of views in a matter of days, and consequently upended Black's life into a tumultuous whirlwind. Soaring highs, like guest-starring in a Katy Perry music video and appearing on The Tonight Show, were beset by harrowing lows, in the form of cyberbullying and death threats.

In hindsight, Black, who is now 17, regards the experience through a kind of dissociative lens. “I don’t know what my 13-year-old brain was thinking when she was going through all that,” she laughs.

The transition from middle school musical rehearsals to holding court in Hollywood boardrooms was both daunting and abrupt. Before she knew it, Black had become a taxpayer. “It felt like I was watching everything happen from afar.” 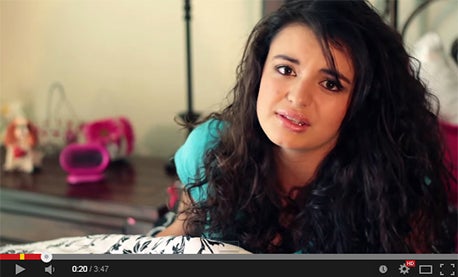 But if the memories are painful to recount, it barely shows. An impossibly thick skin and a unique willingness to laugh at herself have helped turn Black's moment in the sun into momentum. And today -- as viral spectacles come and go -- she remains a bonafide online star, riding a new wave of success on the very platform that spawned it all: YouTube.

This past fall, Black took to the stage at Playlist Live -- one of the largest YouTube conventions in the world -- to debut a new song, Time of My Life. Gone were the auto tuned warble and rigid countenance of Friday. Onstage, Black’s voice is surprisingly powerful -- even when her backing track cuts out and she is forced to finish her set a cappella. As a performer, she exudes an easy beauty: messy curls, commanding presence, flannel shirt flying loose around her hips.

If Black seems a little lighter on her feet these days, it’s because her career has undergone an evolution of sorts. After clashing with the managers and agents she’d signed with after her big break -- whom she says micromanaged her career into paralysis -- Black has now cleaned house and is managing herself entirely.

It was a prescient call. The decisions that early handlers vetoed have turned out to be her most successful moves yet. A follow-up to Friday, for instance, was initially thought to be career suicide. But in 2013, Black released Saturday, an exuberant and self-referential dance anthem that peaked at number 55 on the Billboard Hot 100 -- topping Friday (58).

Black’s managers were also initially opposed to the idea of her making YouTube videos. Now, her vlogs -- which can take the form of diary-style life updates or goofy skits and games -- have garnered an audience of more than 1 million subscribers.

Today, such viewership can translate into major bucks. On her various social media channels, Black occasionally partners with brands to promote their products or events. These deals can be one-offs, such as a Facebook post teasing the new season of American Horror Story, or more comprehensive, like a video created alongside Luvocracy -- a Pinterest-like shopping startup that was acquired by Walmart Labs last summer. 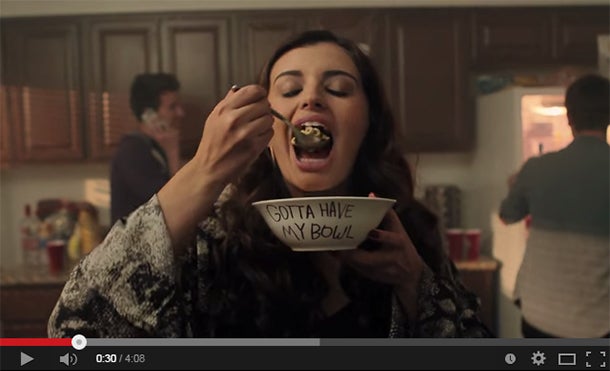 Though brand deals run rampant on YouTube, Black has always sought a careful approach, she says. Because of bad experiences with management in the past, she is wary of yielding control of her videos to major corporations, which is a typical concession in the realm of sponsored content.

In addition to sponsorships, Black says that she has toyed with the ideas of creating her own brands in the beauty and fashion categories, where fellow YouTubers have found serious traction.

The beauty guru Bethany Mota, for instance, who helms an eponymous clothing collection for Aeropostale, was the most-Googled fashion designer of 2014. Michelle Phan, another YouTube heavyweight, launched her L’Oréal-backed makeup line, Em, in 2013. Phan is also the founder of the beauty subscription service Ipsy, which today boasts an $84 million annual sales run-rate.

But for now, music is Black’s first priority. Though currently enrolled in public high school, she spends every weekend in the studio, gearing up for the release of her self-produced debut album later this summer.

Given her sudden and fortuitous explosion into the public eye, Black often asks herself the million-dollar question: ‘Why me?’ It’s a rumination that, to this day, triggers total bewilderment. “I couldn’t tell you,” she says. "I never expected anyone to see the video. I had no idea what I was doing.”

In this vein, she looks at present-day viral memes, like Alex From Target, with an empathetic kinship. “I feel for the people that get an intense amount of backlash,” she says. “There’s no one that can teach you how to cope with that.”

Related: 'Gangnam Style' Has Been Viewed So Many Times It Actually Broke YouTube

Adding fuel to the fire is the fact that viral infamy doesn’t necessarily come with wealth. Much of the money that Black earned from Friday has been reinvested back into her career, she says.

At the end of the day, however, Black embraces her past -- warts and all -- with a bemused sense of wonder. It’s a surprising vantage point for someone who was once the object of such merciless ridicule. This resilience has been key to her longevity.

In one of her most popular YouTube videos, Black recounts the very moment that Friday first exploded -- when the view count started to skyrocket and the online vitriol started to spew. The company with whom she’d produced the video called and offered to take it down. We could pretend, they said, like nothing ever happened.

Black didn’t blink. “No way,” she told them. “I was definitely not going to let them win that easy.”