Despite the dry and dreary outlook often attributed to funding startups in the MENA startup ecosystem, Carpool Arabia made headlines recently when it secured a substantial investment into growing its business. The Dubai-based ridesharing company announced in late September that it had raised US$350,000 in its seed-round investment, which follows the initial $70,000 co-founders Benjamin de Terssac and Guillaume Arnaud had put in to get the startup off the ground in February. French venture capital firm Kima Ventures and Dubai-based media company Mediaquest have led this new round of investment, with both companies claiming to be impressed by Carpool Arabia’s business potential, with the startup having seen number of users increase by 21% month-on-month since its launch.

When asked about Carpool Arabia’s methodology when choosing its investors, de Terssac candidly admits that it wasn’t a walk in the park, saying, “Choosing is maybe a luxury you have in Silicon Valley, but here, it’s more about who is crazy enough to invest in an early stage tech venture, rather than buying another apartment in Dubai Marina.” According to de Terssac, the timeline for the entire process started with a wait of three days to get the offer, a month to sign the term sheet, and then four more months to get all of the paperwork in place.

With the funding they have secured from Mediaquest and Kima Ventures, de Terssac says that the stake will be used to launch the Carpool Arabia app before the end of the year, and also to roll out a marketing campaign that will advertise the startup’s services across Dubai. 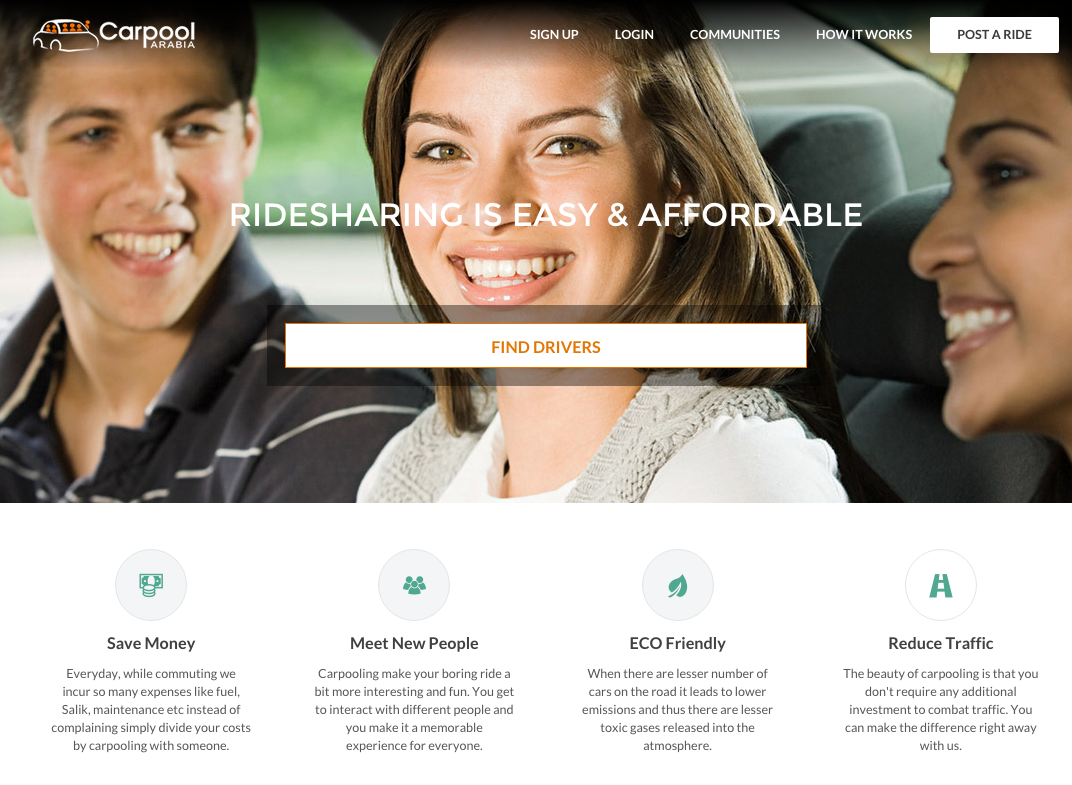 Tips For MENA Startups When Pitching To Investors

1. Don’t be bogged down by the naysayers. “Never take a negative answer personally.”

2. Know your investors. “Don’t waste your time with people who have no interest in investing in your startup. Just move on to the next investor.”

3. Keep a realistic vision. “If you plan to do crowdfunding, don’t over-estimate the appetite your friends and family have toward investing in your startup.”

4. Online pitches can work. “Don’t listen to people who tell you never to apply online to a VC- it actually works sometimes.”