The Middle East, like the world economy, is becoming increasingly shaped by the innovation conceived in startup companies. In recent years, startup accelerators have come to play a major role in fostering the growth of the region’s technology ideas and turning them into full-fledged businesses. In many ways, accelerators have become the new business school for thousands of entrepreneurs across the Middle East and around the world.

In an effort to better understand the state of the world’s accelerator industry, Gust and Fundacity partnered on the Global Accelerator Report 2015 to understand how the accelerator industry has developed across five global regions: the United States & Canada, Latin America, Europe, Asia & Oceania, and the Middle East. The results of this report uncovered how accelerators are funded and monetized, while providing insights into the direction of the industry in the near future.

Broadly speaking, in all regions around the globe, the startup accelerator industry has integrated with and influenced the growth of their respective tech sectors. They have become fundamental in helping early-stage ideas turn into viable businesses and technologies. Angel investors and VCs often heavily rely on the work of accelerator programs. For Arab nations in the Middle East, the accelerator industry is characterized by its recent, emerging strength and interest in diverse business models. 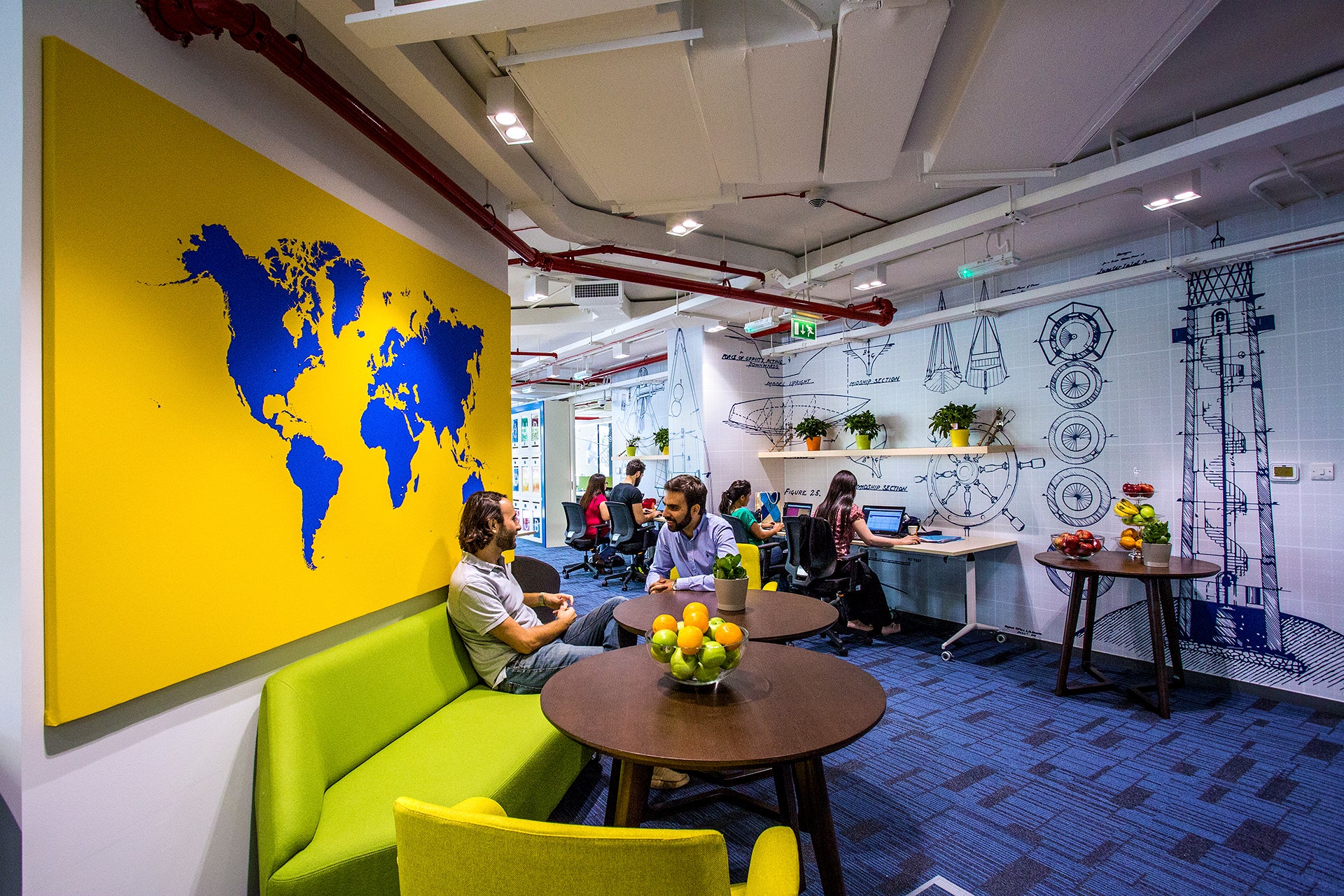 Compared to other regions around the world, the Arab nations of the Middle East are in parity in terms of the ratio of non-profit accelerators, totaling about 25% of all programs. Most other regions around the globe tend to be comprised of 25% to 35% nonprofits. Unlike for-profit models, these accelerators typically do not require equity stakes from startups in their programs, and they tend to focus on industries that have a specific public benefit, such as health tech and ed tech. Non-profit accelerators are often also focused on providing opportunities for minority groups who may not be able to access capital as easily through traditional channels. In the Middle East, these are found in the UAE, Lebanon, and Palestine.

Accelerators are notoriously difficult to monetize in the short term (within 12 months), because early stage ideas can often take several years to develop and test before they are successfully marketable and profits are returned to shareholders. To support this period of early incubation, governments around the world often provide subsidies and grants to support accelerator programs. In the Arab nations of the Middle East, 24% of accelerators reported receiving a mix of public and private funding, or were 100% publicly funded. This is significantly lower than in any other region globally. Additionally, 75% of accelerators reported that they are solely funded through private capital.

Traditionally, most accelerator programs are modeled to earn revenue through startup exits, when profits are returned to shareholders. Yet, a global trend is occurring where more accelerator programs have implemented or plan to implement alternative revenue strategies, including hosting events, charging fees for mentorship or housing, corporate sponsorships, and other similar strategies. In the Middle East, the percentage of accelerators in Arab nations that report their willingness to implement these revenue models was higher in both the long-term (66%) and the short-term (91%), than almost any other region. The only exception was Europe, where a greater percentage of accelerators reported plans to rely on alternative revenue sources for the short term (97%).

The launch of Flat6Labs Abu Dhabi at the Abu Dhabi Media Summit in November 2014. twofour54 and Flat6Labs have partnered for the new UAE accelerator
Source: Flat6Labs

Similar to other regions around the world, a large number of Middle Eastern accelerators in Arab nations reported relying on partnerships with corporations and corporate sponsorship for revenue generation in the short term (50%) and in the long term (41%). Increasingly, both mid-sized and large corporations look to startups for innovation, and this will likely lead to a closer relationship between the Middle East accelerator industry and corporate backers. Interestingly, accelerators in the Middle East reported that they are less likely to monetize in-house services (8-16%) compared to other regions like Europe, Latin America, and Asia & Oceania (20% on average).

For the Arab nations of the Middle East region, the accelerator industry has a substantial presence in Lebanon, Jordan, Egypt, Saudi Arabia, and the United Arab Emirates. Among the top active accelerators in the region in 2015 are in5 Innovation Center with 70 startups graduates, and the UK Lebanon Tech Hub with 45 startups graduates. In terms of total capital investment, the leading accelerator in the region is Flat6Labs with $1.2 million. Middle East accelerators in Arab nations also reported a substantially higher interest in investing in startups over the next 12 months that are focused on the mobile apps (83%), internet of things (75%), fintech (66%), and wearables (66%). The least favored startup categories were in biotech (25%), drones (25%), and real estate (8%).

Yet they are also resistant to the idea of charging startups for in-house services like events, housing, mentorship, and other similar strategies. All these characteristics point to a robust accelerator industry that will, in turn, spark innovation, support local economies, and in tandem with a global technological trend, continue to help transform and shape the world around us.

The Changing Face Of Business In The Middle East

Driven By Growth: Saudi Arabia Sees A Rise In Support For Startups And Entrepreneurs

Arabnet Beirut 2019: Highlights From The Tenth Anniversary Of The Landmark Event