There is a Good and Bad Side to GST, Says Shell's India Chief

Post the opening of a new major technology hub in Bangalore, Netherlands-based Royal Dutch Shell Plc's India Chief Nitin Prasad has a new set of responsibilities on his shoulders. Seven months into the job, Prasad has new objectives around Goods Services Tax, an emerging technology around garbage conversion into fuel and expansion in India.

In a brief chat with Entrepreneur, Prasad spoke about what made him take up this new role so early in life and how he plans to expand Shell's network in India.

The impact of GST Bill

There is a lot of ambiguity around the inclusion of the petroleum under the GST bill. Prasad said that there is a good and a bad side of GST when it comes to Shell India. "There are certain businesses that have a very large distribution network. Today it takes us an extraordinary amount of time to move from one location to another, because everytime we cross a state a state a lot of time is consumed in sorting out multiple paperwork. In the lubricants business we have 18 different storage locations across the entire country. We feel we can significantly reduce that when GST comes along. Our goods movement will be faster and we can reduce the number of storage locations and our logistics costs," Prasad adds.

On the flip side, fuels and gas is out of GST and that's a big challenge because if for these two products I may get 40 percent services that that's going to be taxed via GST and the rest of my cost is hydrocarbons where there is VAT that would be implemented. When I sell the product, what do I do with the 40 percent of GST tax? I cannot take it forward and pass it on to somebody else. Hence in effect, our total costs will go up, Prasad explained.

Many of the industries have spoken about these factors, but unless they come with a solution to link the input credit side with the output credit side, our costs will go up, Prasad explained.

Speaking about the business lines that the European oil giant plans to concentrate on in India, Prasad said downstream fuels, downstream gas applications, city gas distribution and new energy businesses; like biofuel, solar and more are going to be some of the key focus areas. 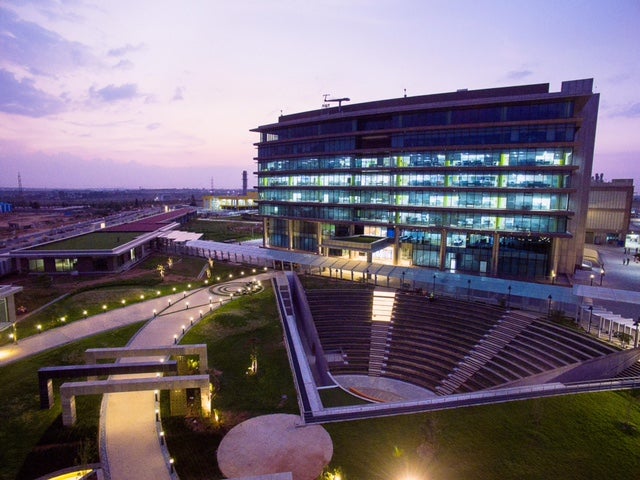 Having helmed multiple roles at the organization since 2004, Prasad was appointed as India Chairman last year. He took over from Yasmin Hilton, who ended her tenure with Shell on September 2016 after spending 37 years in the organization. Talking about his ambitions as a young leader Prasad said, "As a leader you get to a point where you start to understand a lot of your motivation comes from the basic question - what's your purpose in life and what are you really leaving behind. For me it was about building a great team and a great company culture and impacts my team's life and take them forward."

Shell India inaugurated a 52 acre, custom built technology centre on Friday - that can house up to 1,500 experts, who would work collaboratively.