"We Got Funded!" UAE Startup CarSwitch.com Raises US$1.3 Million From Glowfish Capital

By Sindhu Hariharan April 5, 2017
Opinions expressed by Entrepreneur contributors are their own.
You're reading Entrepreneur Middle East, an international franchise of Entrepreneur Media.

Owing to its large expat population, the UAE is no stranger to buying and selling used cars; however, we have all heard about the challenges and scams people have had to encounter sometimes (buyers and sellers alike) in dealing with conventional dealerships in the region. UAE-based used cars marketplace CarSwitch.com launched with the aim to use technology and the marketplace model to address these woes, and the startup has now raised US$1.3 million investment from Glowfish Capital, a Dubai-based boutique venture capital firm investing in the region’s early-stage businesses. Having received a “sizeable tranche” to fund the company’s expansion plans and targets for the next six months, CarSwitch plans to utilize the funding to develop its technology and take steps to “keep up with surging demand” it has seen in its solution’s adoption.

The startup aims to achieve these targets by scaling its platform to support customers’ end-to-end needs in buying/ selling their car, and by launching an “online car valuator” tool to help customers estimate fair value of the car being sold/bought by them. Launching CarSwitch with seed funding “of a couple of hundred thousand dollars,” co-founders and former consultants Imad Hammad and Ali Malik had their beta product live by March 2016. Since launch, CarSwitch.com claims to have interacted with over 6,000 sellers, and says they have currently featured over 400 cars on the website. As for business performance, despite the presence of heavy competition in the segment, CarSwitch.com says it’s “profitable on an operating basis,” and is clocking 30% month-on-month growth in revenue. 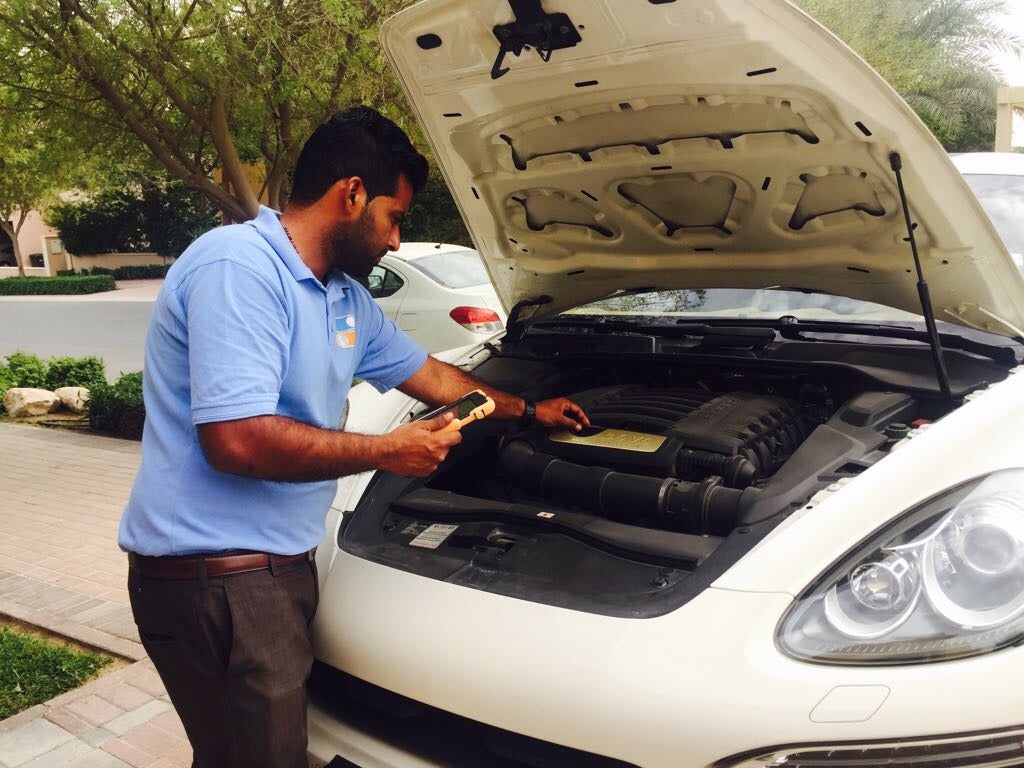 While for sellers, CarSwitch.com takes on tasks including advertising, coordinating offer calls, arranging test drives and closing the paperwork, the startup’s proprietary 200-point inspection process helps provide transparency to buyers about their chosen vehicles as well. The company believes that facilitating such pre-inspections is critical in streamlining the process for both parties, and going by CarSwitch founder and CEO Hammad’s definition of the startup’s USP, it is “more than just an advertising portal trying to marry supply and demand, it’s a marketplace that removes the inefficiencies in used car sales.”

Speaking about how CarSwitch went about its fundraising efforts, co-founder Malik says that funding talks were more in the nature of “ongoing conversations” for the startup. “We’ve interacted, and continue to interact, with various investors and other digital automotive ventures in other markets,” he says. It’s during these conversations that the founders found investor Glowfish Capital share “a lot of the same DNA” as their startup. “We’re both very passionate about tackling large market inefficiencies, and share similar exciting aspirations for the regional used cars opportunity ($20 billion per year, predominantly locked in traditional channels),” Malik notes. Another aspect that particularly appealed to CarSwitch about their investors was Glowfish’s investment model of creating a learning community, which “extends beyond capital to provide shared infrastructure with other startups.” The admiration seems to be mutual. Commenting on the potential of CarSwitch’s business, Sanjeev Kohli, Managing Partner, Glowfish Capital, said, in a statement, “There was a much-needed missing piece in the UAE’s car market, and this first-of-its-kind venture has successfully stepped forward to fill the gap. CarSwitch has already established itself as a leader in the region’s online marketplace.”

Imad Hammad, co-founder and CEO, CarSwitch.com.Image credit: CarSwitch.com.
How did CarSwitch team and the investors arrive on the valuation for the round?

“As an early-stage startup, it’s an immensely challenging question. At the end of the day, it was a discussion and we each had our own way of arriving at the number -we naturally thought about dilution, while Glowfish considered risk/return- but we found common ground. To be honest, we were more focused on who would best enable us to meet our aspirations in two, three, four years from now, and that we would trust and enjoy working with, rather than get hung up on a specific number. That would also be my advice to any entrepreneur.”

What will be your top three tips for MENA startups to successfully pitch to investors and raise funds?

“If I had to narrow it down to three, I would say, [first], upfront, give careful consideration to what you really need to move the needle for your business, and what it’s worth/ how critical. Beyond capital, do you need the right network to unlock regulation? Access to infrastructure? Expertise? Media? [Second], consider how closely you share objectives, aspirations, and ways of working. Without that alignment, I would question the sustainability of longer-term value creation for either party. [Third], start now! Don’t wait until you are running out of cash and your back is against the wall. Starting conversations early gives you time to better understand what you’re getting into, and besides investors have their timelines and life cycles as well that you wouldn’t want to miss.”