Duncan Berry is the co-founder of Fishpeople, a sustainable seafood company that sells products in more than 6,000 stores.

Duncan Berry spent his teenage years in the 1960s fishing salmon out of the Pacific Ocean on his family's commercial vessel. Some 50 years later, he's aiming to change the entire seafood industry with his company Fishpeople.

"We can control one thing, and that's how we act on the sea," he says. "We are an alpha predator, and in the ocean we have not been a good actor."

Fishing is big business. U.S. commercial fishermen landed 9.6 billion pounds of fish and shellfish in 2016, valued at $5.3 billion, according to NOAA. But bad practices have had a huge impact on the industry, along with the effects of global warming. Data from the World Wildlife Fund says that populations of some marine species have halved since 1970, including tunas, mackerels and bonitos, which have declined by 74 percent. Consumers are also increasingly concerned about the safety of food -- fish is no exception, with the dangers of mercury consumption. 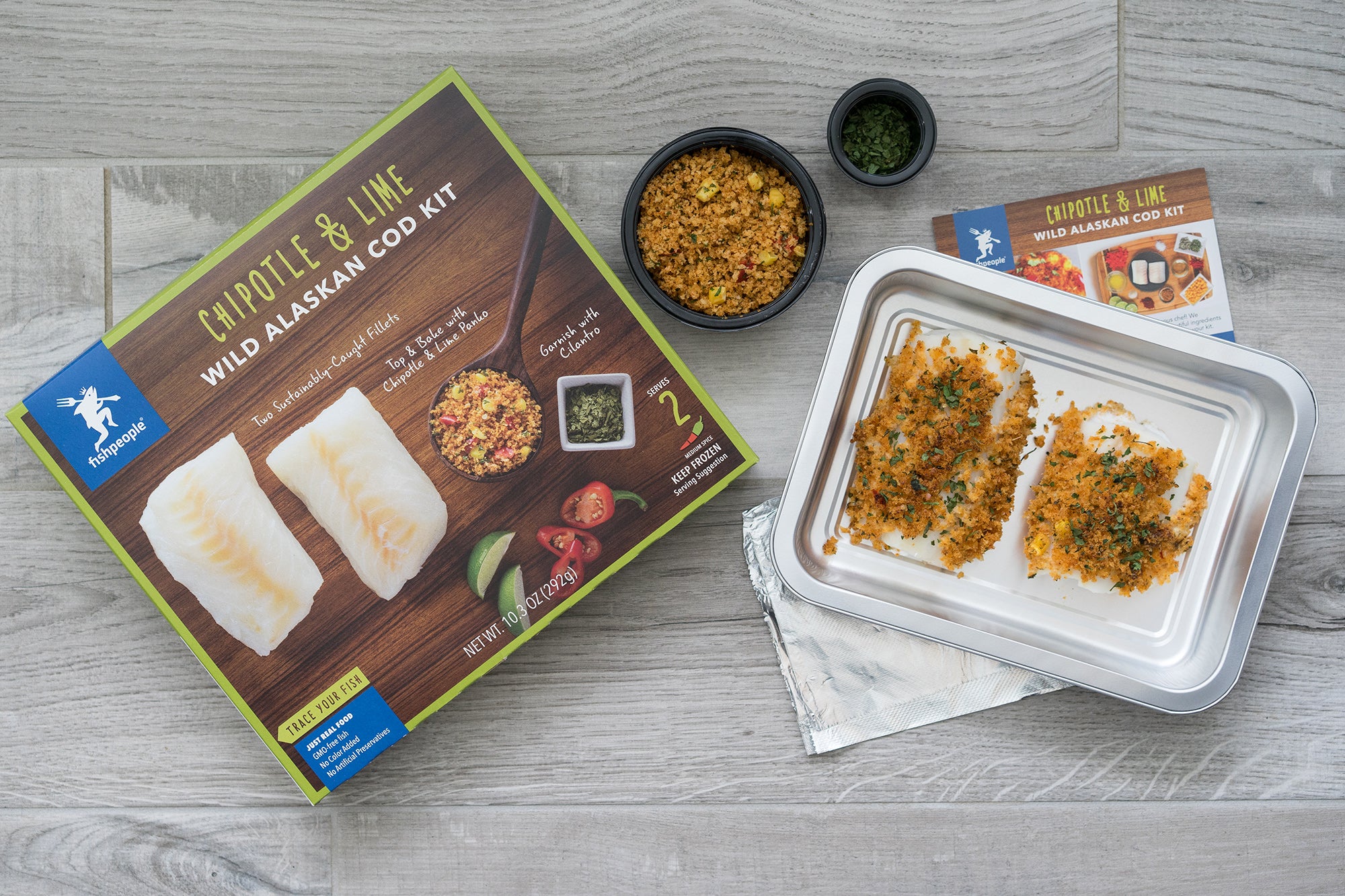 Fishpeople aims to be different and help solve these issues on multiple fronts: by having guidelines and putting quotas on what marine life the company will buy from fishermen (and women), by paying them on time and providing services for them -- telling their stories to consumers and putting tracking codes on its products so customers know the origins of the meal they're about to eat.

"We want to lift all boats in this industry, because it's largely still back in the previous century, especially with the consumer," Berry says. "When we first talked to retailers, we found that all of them had been waiting for a 21st-century seafood company."

Berry's career path between the time he was named captain of his family's vessel at the age of 17 to when he co-founded Fishpeople (his co-founder, Kipp Baratoff, is about 30 years younger than him) in 2012 was circuitous. He started a design business, then went into the apparel industry. In 1997, he finally visited a cotton field after working in the business for decades.

"I sat in a bus in a cotton field and watched a woman go into anaphylactic shock from defoliants being sprayed and realized I was in an industry that I had no clue about," he says. "This started me on my road of having personal integrity that wasn't just in my family or my community, but it was in what I did every day."

He stayed in the apparel industry, in an attempt to improve it from within, and created an organic cotton division with its own supply chain, he says. Over his time in that business, he founded three brands, which he sold in 2006. That's when he returned to the Oregon coast, where he grew up. Berry took part in a coastline conservation effort by the state that turned into a "dogfight," he says. But that process introduced him to the "red flags" of the seafood supply chain, which he spent a year investigating.

"I did what may have never been done: talk to everybody in the supply chain from basically the water all the way to the dinner table," he says. "I asked them two questions: What's going right and what's going not so right about your relationship with seafood? The answers to those two questions really formed the foundation of Fishpeople." 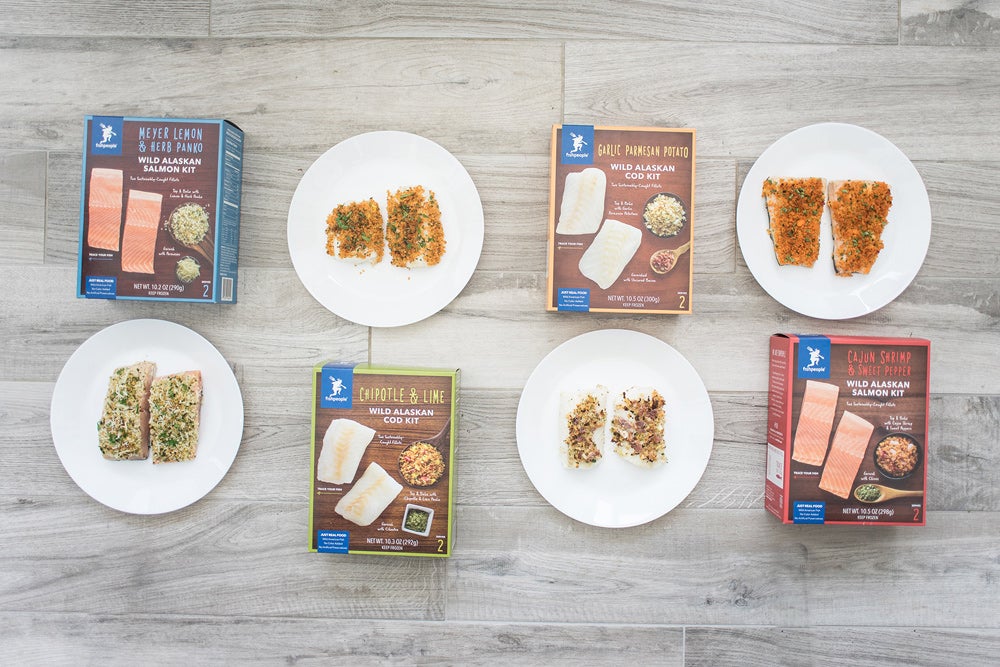 Fishpeople's products, which include frozen meal kits, fish fillets and shelf stable soups (it also plans to introduce a snack product), are available in more than 6,000 retail stores, including Kroger stores, Wegmans, Whole Foods and Sam’s Club stores and online through AmazonFresh and Thrive Market. From 2015 to 2016, the brand doubled its revenue and projects another 100 percent growth this year.

Entrepreneur spoke with Berry about what makes Fishpeople different, the supply chain and world domination.

You haven't worked in seafood before this for decades, but did you retain those connections and contacts in the industry, or did you build everything new again?

Being a designer and a cotton merchant teed me up perfectly for the seafood industry. We take a lot of circuitous paths in our career. The best connection I had when we started this whole thing was one, I knew their world, I had lived in it; two, I lived at the coast, which is a huge commitment; and three, they were my neighbors.

Why was it so important for Fishpeople to focus on the supply chain?

Our industry tends to be very operationally focused, and we started very focused on the consumer and built what we call a brand community backwards from the consumer to the sea.

People don't trust big food, especially seafood. Every week there's a new article about fraud around seafood. It's a very expensive protein, and so people are very tempted to cheat in the supply chain. So what we said was there's one way to cut across all of that and that is to be relentlessly transparent from the get-go. It was exactly what our consumers wanted.

How does Fishpeople treat fishermen (and -women) differently than other brands?

One of the reasons I think people are drawn to us is we tell their story honestly, openly and not just, here's a picture of them holding up a fish. This is the second-most-dangerous profession in the United States. This is the last of the hunter-gatherers.

Secondly, on a very tangible level at the landings, one of the things fishermen want to do is get onto land and then back out to sea as quickly as possible. Many of our competition bottleneck and keep them waiting in port for days. When they land at the dock, they can phone ahead and we have groceries for them. We cook them food. We provide them ice. We're sort of a concierge service so they can do what they do best, which is to get back out on the sea fishing. We also pay them right away.

What do you think entrepreneurs can learn from that experience working with retailers?

The baseline for products in general is tell us not just the product benefit but also who was involved and what was involved in bringing it to the consumer. Also, be playful and purposeful at the same time. When you see a company that is very focused on purpose, sometimes it can get a little heavy. Do it so people can enjoy the experience.

Related: The Co-Founder of Panda Express Shares the Leadership Quality That Helps Her Keep the Brand Fresh

The unpredictability of the ocean in our case is a huge one. The way we've been able to overcome that is have deep relationships in the supply chain. If you're in an unpredictable industry the strength of your relationships will carry you through challenges. Also be very focused on the fact that you're not depleting natural resources, which is one of the key reasons we jumped into this business.

Our supply chain is our marketing. When we first started out, we sent an army of brand ambassadors to any retailer who would allow us to demo. That was the beginning of our connection with the customer. We've been able to take that into more of a national arena through social media and blog posts.

Every package we have is like an ambassador, because we have these families that sit down with our package and they will have a laptop at the dinner table and they'll read about the fisherman and how it's caught. As deep as they want to go, we'll take them that deep.

In light of the dangers of overfishing, how do you balance meeting people's needs and meeting what the sea needs?

We created our own set of sustainability principles and what we call sourcing guidelines. In our sourcing guidelines you see very practical things around catch methods. It's a great opportunity for us to educate and encourage behavior. That's why we invested at the dock level. We are fortunate in that we don't at this time import anything from anywhere else, although I think that will be changing near future. One of our sourcing principles is antislavery. There's a lot of dark hidden corners.

I could not sleep if we did not have a sophisticated way of relating to the sea and the billions of beings that are basically giving us everything. They're giving us their all, and that's a big deal. We're taking lives here. What am I doing with that fuel in my everyday life? Am I putting that to good work? My answer is doing my best at Fishpeople to make a difference.

Related: 12 Burning Questions for the Entrepreneur Trying to Get You to Eat Bugs

World domination. We would like to be the most recognizable seafood brand in America. If you ask somebody to name a seafood brand, they may say Bumblebee -- canned tuna fish. What does that say about our industry? Usually world domination is dangerous because somebody wants that from an ego or a profit standpoint. Our egos are in service to something greater, and that involves people, planet and profit. We want to be the most recognized seafood brand in America so that we can change an industry.