Taking place on October 7 in Dubai, selected students will pitch their ideas to a panel of entrepreneurs and business leaders at the event.

BizWorld UAE, a social enterprise focusing on creating awareness about entrepreneurship for children has launched the KidPreneur Awards 2018- a hunt for business ideas among students in the UAE. The challenge is open to all students in the UAE who are up to the age of 15, and can be individuals or teams of four.

Taking place on October 7 in Dubai, selected students will pitch their ideas to a panel of entrepreneurs and business leaders at the event. The finalists will be chosen and notified by BizWorld UAE team on October 1, and the winners of the grand prize (cash awards) will be selected based on the criteria such as the “creativity, viability, and marketability of their businesses.” 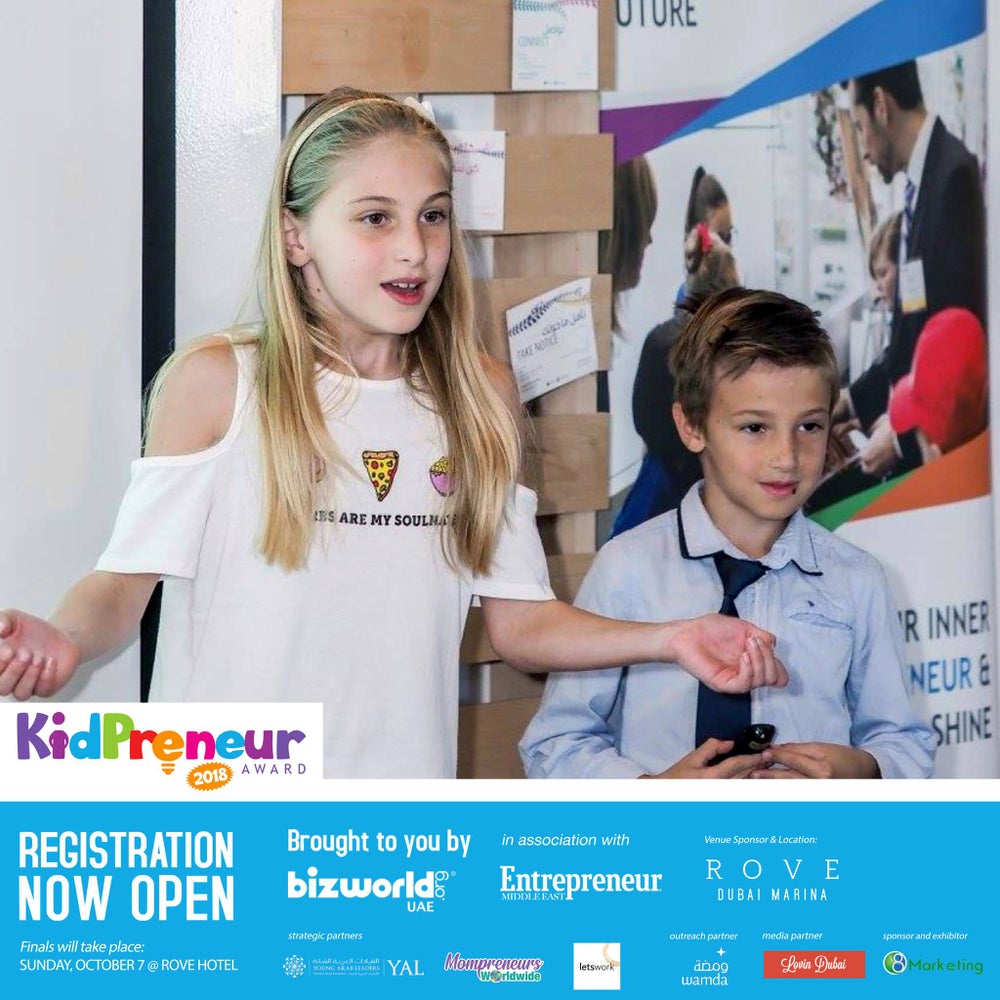 “We organized the KidPreneur Award, which is the first of its kind in the entire MENA region, to encourage young people across the United Arab Emirates to bring out their inner entrepreneur,” Helen Al-Uzaizi, CEO, BizWorld UAE, commented in a statement. “The goal of the KidPreneur Award is to encourage students’ entrepreneurial spirit. We want to nurture a future generation of entrepreneurs, innovators and creative thinkers who will grow up to shape our future economy and community,” adds Al-Uzaizi.

The deadline for applications is September 28, 2018. So hurry and visit www.kidpreneuraward.com, to send in your ideas.