Minhthe Nguyen used to be an overworked Silicon Valley engineer. Now, as a uBreakiFix franchisee, he's still overworked -- but happier than ever.

By Stephanie Schomer March 17, 2020
This story appears in the March 2020 issue of Entrepreneur. Subscribe »

When Minhthe Nguyen started working at Tesla in 2012, he was overseeing a team of 20 at the Fremont, Calif., factory, which was producing a single car each week. Less than three years later, his team had grown beyond 400 people, and they were producing 1,200 cars a week. Having witnessed and contributed to that kind of rapid growth, Nguyen felt empowered to take a leap he’d long dreamed about: owning a business. Coming from the corporate world, he found the structure and support of franchising appealing, and when he learned about uBreakiFix — an electronics-repair franchise with 548 locations across North America — it seemed like the perfect fit for his skills and passions. Today, with his business partner and fellow Tesla vet Emmanuel Marti, Nguyen operates five locations across California. Their sales and staff are growing fast — but as they learned at Tesla, there’s always room to improve.

How did Tesla prepare you for life as a franchisee?

Tesla works on a very condensed timeline, and it takes some getting used to that culture. A lot of people might think, Yeah, it’s impossible to get that task done on this day or this week or this quarter. But Tesla taught me not to waste energy thinking about why something’s impossible. Instead, focus on solutions. That drives me today as a business owner.

Related: 7 Things You Need to Know Before Becoming a Franchise Owner

Was transitioning to electronics repairs easy because of your tech background?

Even though I was an engineer and understood the technology, repairing a phone is a lot different from doing engineering work. When we went through our initial three weeks of corporate training, learning to take apart an iPhone or a Samsung device and do the physical repair, I was overwhelmed. A lot of the other guys at the training had repaired thousands of devices before, and I was like, How can I ever become a tech wizard like them? It took time. 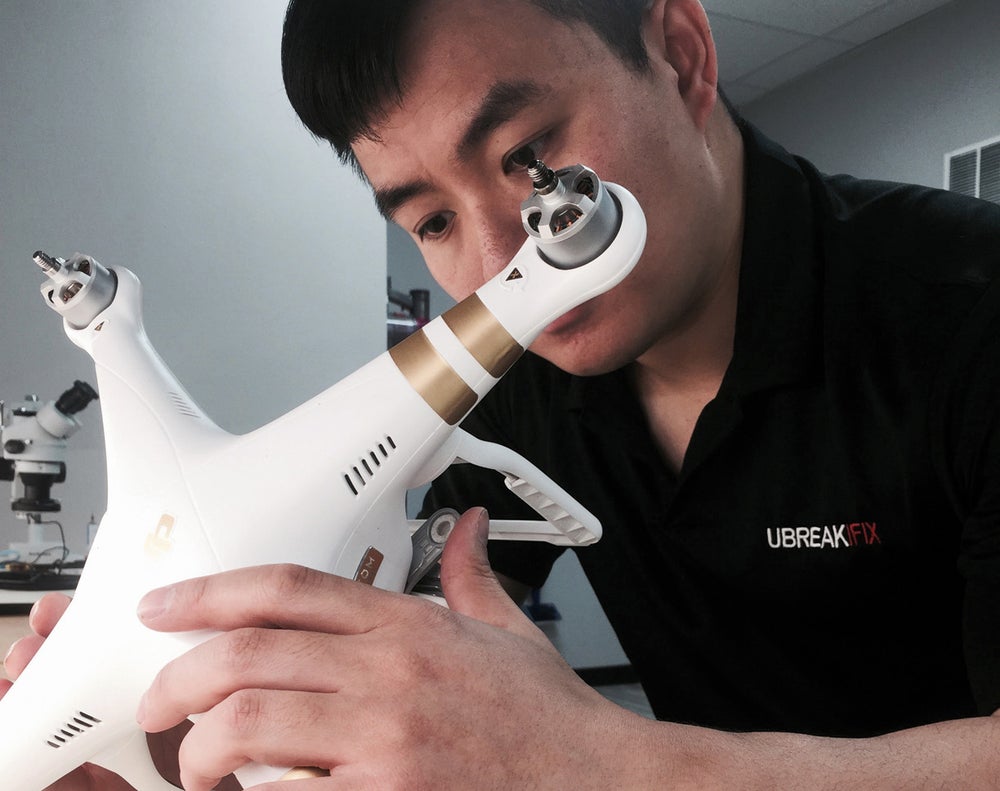 Plus you were figuring out how to run a business.

There’s so much unknown when it comes to opening a business, and it’s all in the details. Do you choose an LLC or a corporation? If it’s a corporation, what type? How do you find a contractor you can trust? How much should they cost? They were exciting decisions, but scary when you have no experience. We really looked to our own network and thought about who might have that expertise or be able to offer guidance. Who can answer our questions, and how can we learn what we need to know?

How did your work-life balance change once your stores were up and running?

At Tesla, I was working the hardest I’d ever worked — three months straight, no days off, coming in on weekends. When people told me starting my own business would be even harder, I was skeptical. But it was a transition from working a lot at Tesla to working a lot more as a business owner. It wasn’t a turnoff, though. I knew I was building something that would be like my baby.

Your location in Fremont has quickly become one of the brand’s top-performing stores. Was it an immediate success?

A new store starts off pretty slow, so when we opened, I was still investing time at our other stores. But customers kept coming to me, having been referred by the Fremont store, which didn’t have all the necessary parts to do certain repairs. It was a big inventory issue, and I realized a lot of it had to do with that team’s mindset — they were very shy about what jobs they would take on, what they were capable of. So I really shifted my attention to that store and that staff and their systems, and slowly we started growing by 10 or 20 percent every month. It’s just about figuring out what’s getting in the way of growth and removing those obstacles.