Based in Colorado, the company’s first consumer product launched last May, a dog treat bar manufactured with a proprietary yeast fermentation process. Using a proprietary production process that Bond says is “more humane and sustainable compared with conventional agriculture,” the company maintains that the final product will contain the same primary nutrients of traditional chicken meat, and is aiming to launch its first products using lab-grown chicken in 2023.

According to Euromonitor, global sales of pet food clocked in at a respectable US$91 billion in 2018, with the highest growth rates in dog and cat treats followed by cat food. A huge uptick in e-commerce is also helping the sector continue to grow. 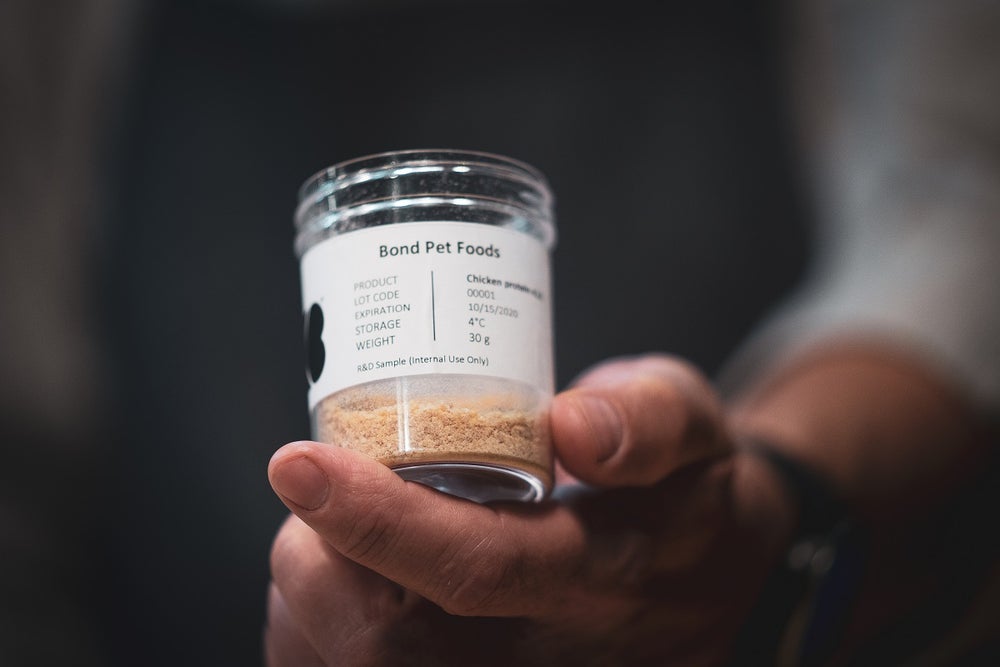 In December 2019, Bond announced the completion of its seed funding round of US$1.2 million. The round was led by Lever VC, along with Agronomics, KBW Ventures, Plug and Play Ventures, and Andante Asset Management. KBW Ventures founder and CEO Prince Khaled, who is often referred to as the face of MENA region venture capital in Silicon Valley, is known for his interest in cellag startups, with him having previously invested in companies like BlueNalu, TurtleTree Labs, and Memphis Meats.

“A new wave of responsible food production is emerging, working with the best that nature and science has to offer, and our team is leading this wave in pet [food],” said Rich Kelleman, co-founder and CEO, Bond, in a statement. “Our team’s continued developments are laying the foundation to bring high-value meat protein and nutrition to dogs and cats, while removing farm animals from the equation.”