"Monsha'at strives to diversify the funding sources for enterprises, support the initiatives within the venture capital sector, and develop policies and standards for funding small and medium projects."

H.E. Saleh bin Ibrahim Al-Rasheed, Governor of Monsha'at, Saudi Arabia's General Authority for Small and Medium Enterprises, says that he's been witnessing the youth of the Kingdom show a rising inclination towards entrepreneurship lately, and he believes the reason for this positive trend to be quite clear. According to him, this is a direct result of the country's Vision 2030 that has been championed by HRH Prince Mohammed bin Salman bin Abdulaziz, Crown Prince, Deputy Prime Minister, and Chairman of the Council of Economic and Development Affairs of Saudi Arabia.

"HRH Prince Mohammed bin Salman bin Abdulaziz decided to lay the foundations for supporting entrepreneurship and SMEs, because the KSA economy used to be based on the oil sector and large companies, such as Saudi Aramco, Saudi Basic Industries Corporation, and Ma'aden," Al-Rasheed explained. "However, Saudi Arabia's Vision 2030 changed that by highlighting the importance of shifting towards supporting SMEs, and promoting innovation and entrepreneurship in the kingdom."

This achievement in improving business conditions, especially for SMEs, was intentional, H.E. Al-Rasheed said, giving an example of Monsha'at, which was established in 2016 under the umbrella of the Vision 2030 to regulate, develop, and sponsor the country's SMEs sector in accordance with global best practices. "Monsha'at strives to diversify the funding sources for enterprises, support the initiatives within the venture capital sector, and develop policies and standards for funding small and medium projects," he said, while noting that a number of new policies have helped increase the SME contribution to the Saudi GDP from 20% in 2018 to 28% today. Some of these initiatives include Saudi Venture Capital Company , which is a part of Monsha'at's Private Sector Stimulus Program to stimulate venture investments into funds, as well as the Small and Medium Enterprises Financing Guarantee Program through which Monsha'at aims to further stimulate financing SMEs.

In providing bank guarantees and reducing lending risk for banks, Monsha'at has managed to increase lending to SMEs. "Since 2018, we have made a 100% jump and achieved more than SAR200 billion in lending to SME, which is considered the highest growth rate in lending after the real estate sector," Al-Rasheed said. "Monsha'at also announced an 884% year-on-year increase in SMEs borrowing on our official financing platform Tamweel, which provides an automated lending platform that aggregates financial products and expedites the delivery of funding for SMEs." Furthermore, in terms of market access, Monsha'at has a number of financial programs and initiatives in franchising and e-commerce sectors, such as the Etimad advisory platform that played a major role in increasing the participation of SMEs in government tenders.

Going forward, the Monsha'at team will focus on several qualitative financing initiatives, including the Small and Medium Enterprises Bank (Monsha'at Bank), affiliated with the National Development Fund, which aims to achieve the objectives of Vision 2030, and enhance the contribution of financial institutions in financing and supporting the growth and stability and businesses. "We also launched the Tomouh program to support fast-growing enterprises in Saudi Arabia and improve the performance of SMEs," Al-Rasheed added. "We also help SMEs who opt to list on the Saudi Exchange, and we have seen many of these companies listed on the Nomu, a parallel equity market with lighter listing requirements that serves as an alternative platform for companies to go public." 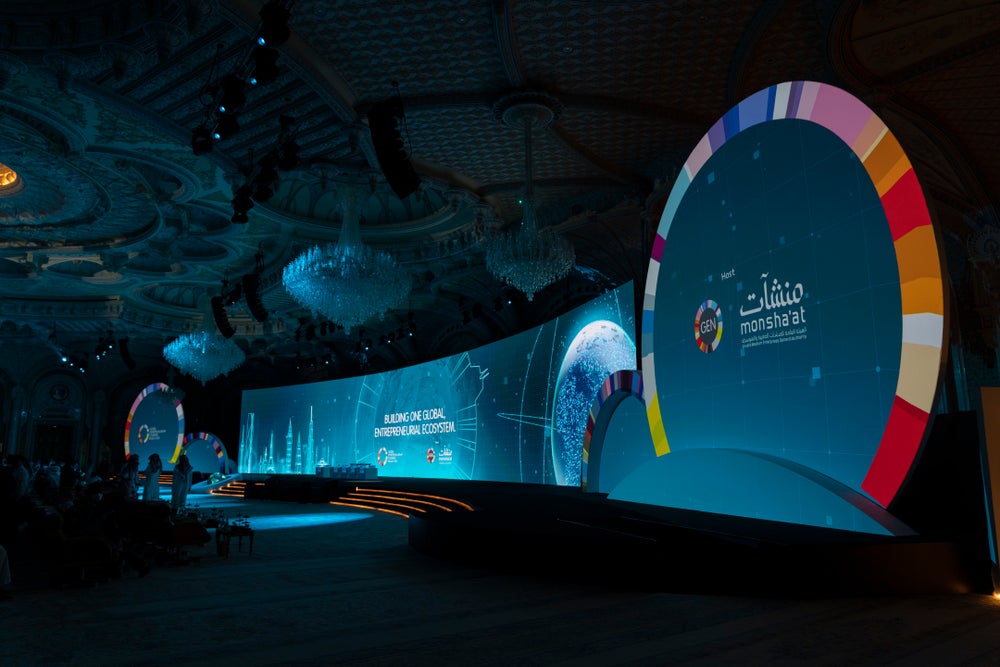 When it comes to foreign companies wishing to enter the KSA market, Engineer Al-Rasheed lists a number of benefits, such as an instant visa for foreign investors, or a new residency permit program that eliminates the need for a local sponsor. "We will also focus on enablers, meaning business accelerators and networks that facilitate the creation of long-term mutually beneficial relationships between founders, startups, strategic corporates, policy makers, and investors," he said. "As for policy makers, we have intiatied cooperations and made mutual visits with other countries that led to the exchange of experiences and knowledge with the aim of developing this sector."

Looking toward the future, Al-Rasheed hopes that the next five years will bring a number of IPOs and merger and acquisition deals among Saudi Arabian companies. "We will make sure to keep pace with their growth, in cooperation with our strategic partners such as the Ministry of Investment and the Capital Market Authority," he said. "We also have many other programs related to the instilling culture of entrepreneurship, or easing governmental procedures in cooperation with the National Competitiveness Center and the Saudi Business Center. Monsha'at will also launch financial initiatives to help SMEs to achieve one of the goals of Vision 2030, which is to raise the contribution of SMEs to the GDP to 35%."