Can You Guess the Largest Companies by Revenue in Each State? (Infographic)

If you've ever been to Oregon, you know you're in Nike country. Phil Knight and Bill Bowerman, the co-founders of the athleticwear titan, bootstrapped the brand behind the iconic swoosh from the ground up, selling sneakers at campus track meets from the trunk of Knight's car. Today, the company that the track and field legends launched half a century ago is a multibillion-dollar household name the world over. Not surprisingly, it's also the Beaver State's largest company, raking in $30.6 billion in revenue in the 2015 fiscal year. Talk about "Just Do It."

Clear across the country in Vermont, the largest company is Keurig Green Mountain, the brand behind the disposable K-cup coffee brewers that grace the countertops of an estimated 20 million American households. The company, which launched its famous single-serve brewing systems in 1998, took in $4.7 billion in revenue last year, much to the ire of environmentalists everywhere.

What is the top company by revenue in your home state for this fiscal year? Find out on the U.S. map infographic below. The quick-reference visualization was created by Broadview Networks, a Rye Brook, New York-based voice, data and Internet cloud services provider.

Broadview used Hoover's company database as its primary source and based each company's location on the address of its corporate headquarters. And -- surprise -- you won't find Microsoft or Apple on the map. Also missing are state names, which can be frustrating if you're a bit rusty on your U.S. geography. (We may or may not have cheated a bit with this helpful labeled state map. We won't tell anyone if you use it for quick reference, too.)

For a look back at which companies were at the top of the heap in all 50 states last year, check the U.S. map Broadview created last year. Can you spot the handful of differences?

Related: 10 Companies That Are Probably Going Public in the Next Year 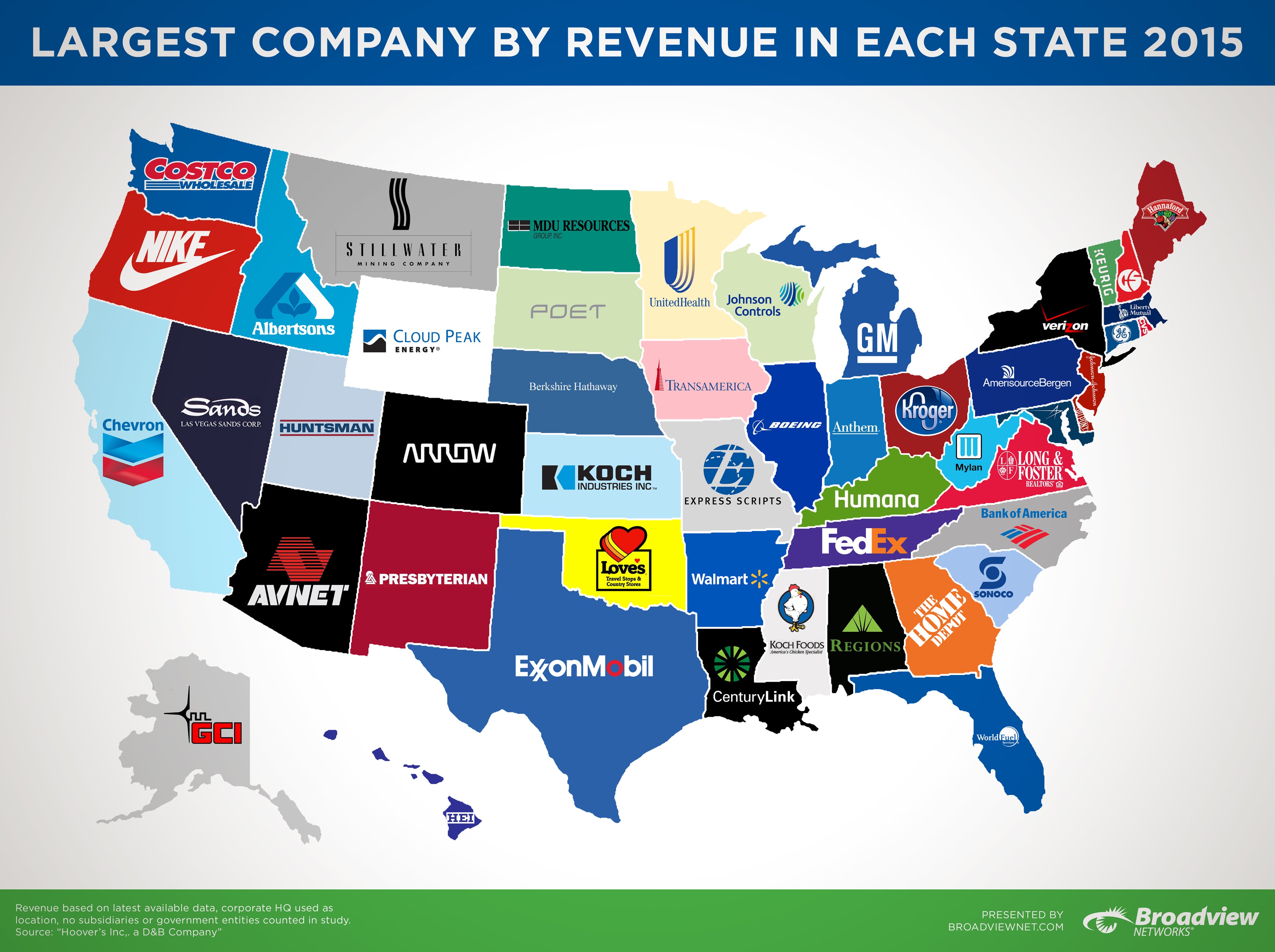