The cars featured during the ad breaks included the new GMC Hummer, the Audi E-Tron Sportback, the Porsche Taycan, and the Ford Mustang Mach-E.

Electric vehicles currently make up a sliver of the US passenger-car market, accounting for less than 2% of new-car sales as of late last year. But you wouldn't know that watching the country's biggest sporting event, the Super Bowl, where nearly 45% of automakers' ad slots were for cars that plug into a charging station instead of a fuel nozzle.

The Super Bowl, for those not counting, featured nine car ads. Those ads included the official introduction of the new-age Hummer, which will return to the market as an all-electric GMC "super truck" with a GMC-estimated 1,000 horsepower, as well as commercials for the Audi E-Tron Sportback, Hyundai Sonata, Kia Seltos, Porsche Taycan, Toyota Highlander, Jeep Gladiator, Genesis GV80, and the Ford Mustang Mach-E. The Taycan ad marked Porsche's first Super Bowl commercial since 1997, or 23 years ago. 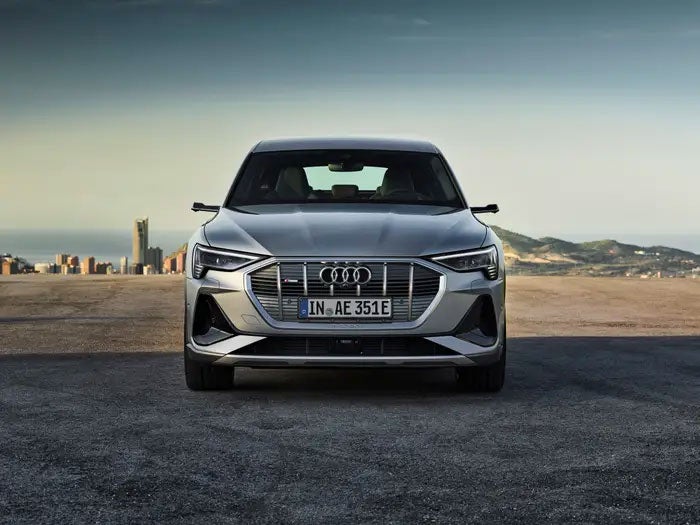 Four of those vehicles — the E-Tron, Taycan, Hummer, and Mach-E — are or will be entirely electric when they launch, while the remaining five are powered by gas. (The 2020 Sonata will have a hybrid version, but currently, the 2019 hybrid is still on the US configurator. The 2019 Highlander hybrid is also available, while the gas model has been updated to the 2020 model year.)

It marks a huge difference between perception, where nearly half of the Super Bowl ads are about EVs, and reality, in which a mere 2% of the US market is.

While GMC's choice to showcase the Hummer EV was obvious because it acted as a global reintroduction of the vehicle, the other ads featured electric vehicles that have been around for a bit, meaning there was a deliberate decision by those companies to choose EVs over their more traditional cars for the big spot. 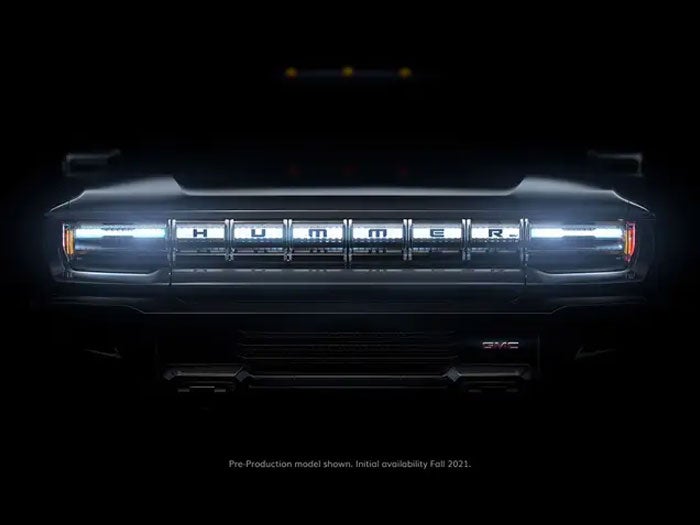 Audi put its reasoning simply in an announcement about its ad featuring the electric E-Tron and the song "Let It Go," saying the goal was to convince viewers to "let go of the past and drive into an era of radical reinvention."

In other words, Audi thinks it's time to let go and embrace EVs — particularly its new E-Tron — in spite of the market not quite being there yet.

Automakers also spent a lot of money getting that messaging out, with Adweek writing that the going rate for a 30-second slot this year was as much as $5.6 million. Data provided to Business Insider from Kantar Media showed that the car industry chose to drift toward the long side for its ads, with automakers being the most frequent users of long-form commercials — a years-long trend in the industry. Seven of the eight car ads, Kantar's data said, lasted exactly 60 seconds. (Kantar only includes eight ads in its data because it measured national ads, while the Mach-E commercial was purchased for select local markets.)

Audi, on the topic of its "Let It Go" theme in the E-Tron commercial, said in an announcement that the messaging will "help kick off a global brand campaign about Audi's long-term ambition to shape a new era of sustainable mobility." Ford, which told Business Insider it ran spots for its electric Mustang Mach-E crossover "in several regional markets" including Detroit rather than pushing the ad nationwide, has also said it wants 40 electric or electrified vehicles in its 2022 lineup and will spend $11 billion to make it happen. 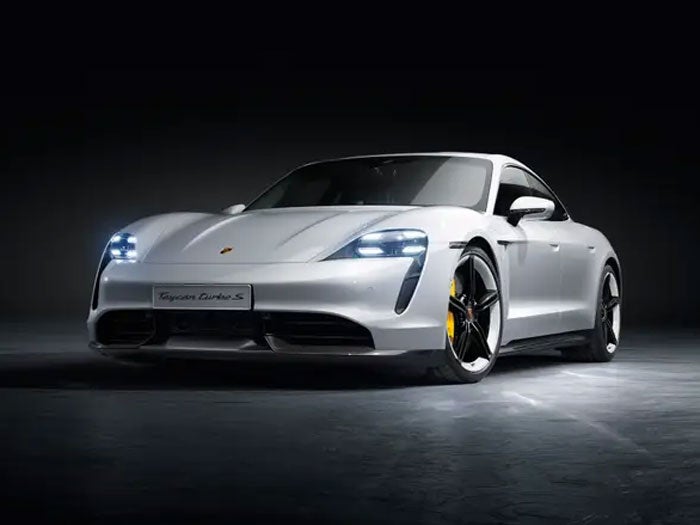 Porsche has said multiple times that it wants roughly half of its delivered cars to feature some sort of electrification by 2025, and the president and CEO of Porsche's North American arm, Klaus Zellmer, told Business Insider in a statement that the company highlighted the electric Taycan in its first Super Bowl ad in two decades because of the shift it represents.

"The Taycan is momentous for Porsche because it launches us into a new era of electrification," Zellmer said. "We wanted to be bold by showing as many people as possible that electrification is consistent with the Porsche brand and that the Taycan shares the same sports-car soul as its iconic predecessors."

All of that talk is compared to the actual market, where JD Power logged EV sales as barely outpacing demand for the dying manual transmission in the third quarter of last year. Still, sales of both were small: EVs made up 1.9% of new-car sales at that tally, versus 1.1% for manuals. Sales have climbed over the past decade, with government data listing annual combined sales for plug-in hybrid and electric vehicles at 17,763 in 2011 versus 326,644 in 2019, but they're still not high comparatively. Total new-car sales surpassed 17 million in the US last year, according to the Associated Press.

But the Super Bowl ads are less about the current market and more about where it's headed. As fuel-economy regulations tighten across the globe — although not necessarily in the US — and countries set dates to outlaw the sale of new gas-powered cars, we're in a market shift toward EVs. 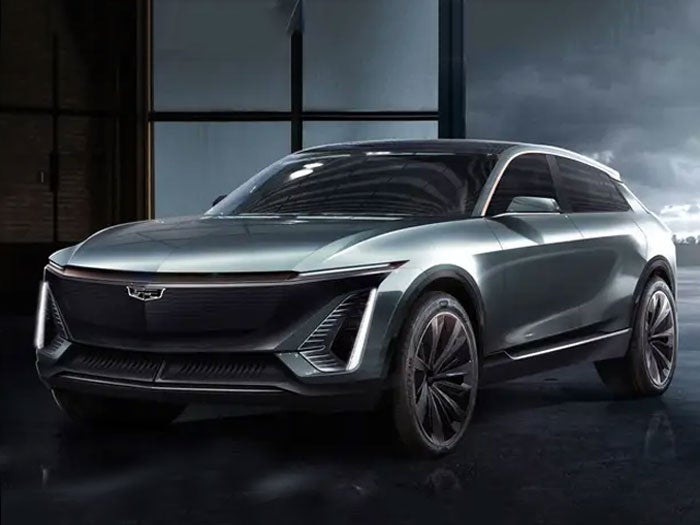 Cadillac's first fully electric vehicle, which was not advertised during the Super Bowl.
Image credit: GM

Toyota and Volvo want to get half of their sales from electrified vehicles — a buzzword that doesn't necessarily translate to fully electric, but indicates some form of electrification — by 2025. Volkswagen wants EVs to make up 40% of its global fleet by 2030.

General Motors wants Cadillac to become its flagship electric brand, and Fiat Chrysler said in 2018 that it will invest $10.5 billion in electrification over the next couple of years. Honda wants every car in its European lineup to be at least partially electrified by 2022, and Nissan wants to introduce eight new EVs by that same year.

Those are just a few carmaker goals, and they fall in line with global expectations as cities and countries continue to set expiration dates for the sale and driving of non-electrified vehicles. The dates range from 2025 through 2040, with the former being just five years away.

Thus, while no automaker that advertised during the Super Bowl manufactures EVs exclusively, it makes sense to get ahead in terms of advertising. It might be a shift the market hasn't quite made yet, but we all know what they say about trends — if you're not ahead of them, you're behind already.