How Wearable Tech Could Save Your Life

By Anmar Frangoul
April 29, 2014
This story originally appeared on CNBC
Wearable technology has come a long way since the first wristwatch was made by Patek Philippe & Co of Switzerland in 1868. Today, wearable devices can monitor our health, track our diets -- and potentially save our lives.

Despite Nike's recent decision to lay of staff from its FuelBand wearable tech division, the market potential of the wearable tech industry still seems to be huge, with Juniper Research recently stating that revenues from smart wearable devices will hit $19 billion by 2018.

San Francisco based Jawbone has been working in the wearable tech industry for more than 10 years. The company's wearable products compile vast amounts of data, tracking our every move and telling us where we're going wrong in our lives.

"We design and deliver products that affect the way you live," Bandar Antabi, Vice President, Jawbone, told CNBC.com in a phone interview.

"Our belief is that our products enhance your lifestyle, and they make your daily experiences even more enjoyable…we do this by intersecting beautiful design, hardware that fits on you or around you, software that's really simple to use but also intelligent, and data," Bantabi added.

Using sensors and algorithms, the company's UP – launched in 2011 – and recently released UP24 wrist bands promise to log the minute details that matter.

"We've created this band you basically wear and forget: it's been designed to disappear," Antabi said. "It tracks your steps and tells you how many steps you've taken. When you go to sleep at night it tracks your sleep," he added.

So far, according to Antabi, Jawbone's UP devices have tracked almost 600 billion steps and 60 million hours of sleep. How, then, does the company's technology take this vast amount of data and make it relevant?

"One of the features of our system is called Insights," Antabi said. "These insights are cards that show up on the front of your [phone] screen when you go into the application, and provide you with information that is personal and unique to you based on your data." 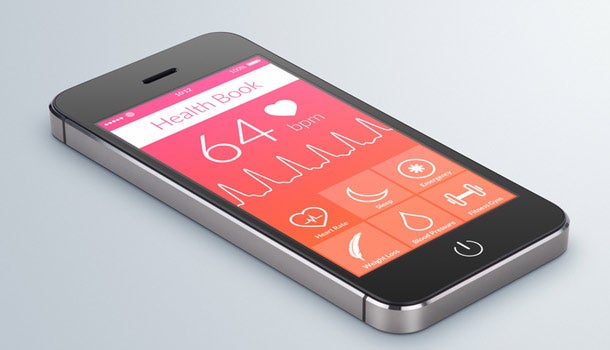 Managing your day to day life is one thing -- but could wearable technology actually save your life when cycling in the city, or walking down the street?

Washable, wearable and with a long battery life, Vorhies, who lives and works in San Francisco, believes his product, which use bright LEDs to light up the gloves when a cyclist turns at a junction, could be a savior for riders all over the planet.

In the United States, 677 cyclists were killed as a result of 'motor vehicle crashes' in 2011, according to the National Highway Traffic Safety Administration.

"In San Francisco we have a lot of bike riders and most of them don't wear enough lights," Vorhies told CNBC.com in a phone interview. "When I was a kid, a neighbour of mine was hit by a car, and tragically lost his arm while he was riding home to his parent's for dinner. I wanted to make a light up accessory for cyclists in San Francisco."

It took Vorhies just one day to build his first prototype at a hackathon. "It wasn't 'smart', it was just a simple circuit, the same type they would teach you in electronics 101," Vorhies said. "The thing that made it special was the fact that it was packaged up in a way that was fashionable, or passably fashionable," he added.

Together with co-founder Murat Ozkan, Vorhies set to work on developing their idea to create a high tech, aesthetically pleasing, cycling glove. How then, do the gloves work?

"They've got metal contact plates between the thumb and the index finger, and when you click it by closing the thumb and index, the light panel at the back of the hand turns on," Vorhies said.

The technologies within the gloves are key, according to Vorhies. When the metal contact plates on the glove click together, a signal is sent to a microprocessor. "[The] microprocessor has a sensor on it – the same one that's on your iPhone – that detects the ambient light levels of the day and automatically adjusts the brightness of the light," he said.