KettleSpace charges $99 a month for unlimited daytime access to a handful of eateries and several weekly events.

Picture the archetypal gig worker, freelancer, contractor -- or anyone who works remotely from a computer -- and you'll probably imagine someone sitting in a crowded coffee shop, typing away on their laptop, taking calls through their earbuds and asking the person at the next table to watch their stuff while they're in the bathroom (speed-washing their hands while praying that the stranger is trustworthy).

If the worker is lucky, financially speaking, they might be able to graduate to a coworking space. But for those who don't want to shell out several hundred to upwards of $1,000 per month, there's a middle ground: restaurants that double as coworking spaces during the day.

KettleSpace co-founder Daniel Rosenzweig used to work on WeWork's real-estate team, where he saw firsthand the high investment costs the coworking giant incurred in securing space, which it then passed on to its member base. Meanwhile, coffee shops were still full of squatting workers.

One weekday morning in 2015, Rosenzweig had not yet arrived at the office but needed to make a phone call. To escape the noise on the streets of Manhattan's Chelsea neighborhood, he ducked into a restaurant. There were no other patrons in the place, and Rosenzweig stayed there for four hours after his call ended.

"I had this eureka moment," Rosenzweig says. "The freelance community, individuals who are starting their businesses out of coffee shops or working from home, deserve better."

He started using his lunch breaks at WeWork to do some research. He'd walk the streets, peeking into coffee shops and restaurants during the peak lunch hours and take a headcount. At coffee shops, he found, an average of 75 percent of people inside were working on a laptop. Meanwhile, he says, most restaurant dining rooms were half full, max.

Then he started having conversations. "I'd start with the bartender and work my way up to the GM," Rosenzweig says.

It was a family friend who eventually introduced him to Nick Iovacchini, the co-owner at Distilled, a bar and restaurant in Manhattan's Tribeca neighborhood. Iovacchini became a co-founder, and Distilled became the first location for KettleSpace in spring 2016. Twitter veteran Andrew Levy joined the team in early 2017, and the team expanded to additional spaces later that year. Today, there are six Manhattan locations and one Brooklyn location, with plans to expand beyond New York soon. Members can pick any location for the day with availability information online, and no restrictions on restaurant-hopping. 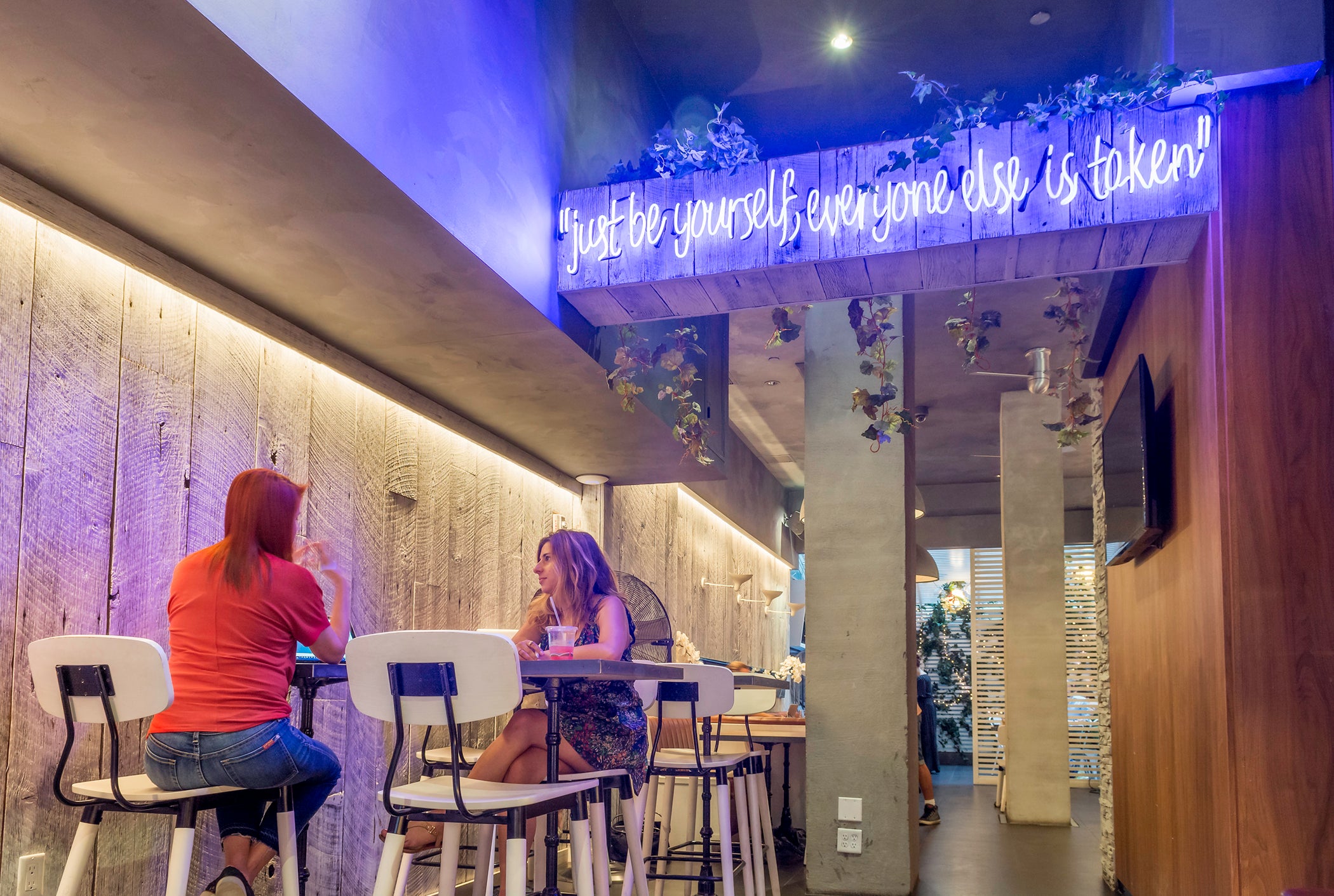 As Levy notes, KettleSpace can generate "the equivalent of $1 to $2 million in incremental food and beverage spend, with little to no operational effort, on membership revenue alone."

Like its competitors, some KettleSpace locations are open for lunch, while others are restaurants that don't open until dinner time. At the former, members can (but aren't obligated to) buy food (at a discount) and work in a designated area of the restaurant. At the latter, either, members are often eligible for drink vouchers at happy hour. Plus, every KettleSpace location and membership plan offers unlimited coffee, tea and snacks.

"We're pretty good at finding ways to co-exist," Iovacchini says. "People are generally a lot more gentle on your business during these hours. They haven't had 10 drinks and ripped out all of the stuff in your bathroom, for example."

The KettleSpace team learned that members didn't want to stop working at 4 or 4:30 and clear out, so they worked with their partners to find a solution to make the transition period smooth. (Besides, restaurants don't usually fill up right at 5 p.m.) At some locations, co-workers have to work in a designated area from, say, 4 to 6.

"We tell our members, "At this time, you're going to be a customer in a restaurant,'" Rosenzweig says. ""So, act as one would in a restaurant. Buy a drink, say hello to your server.'" 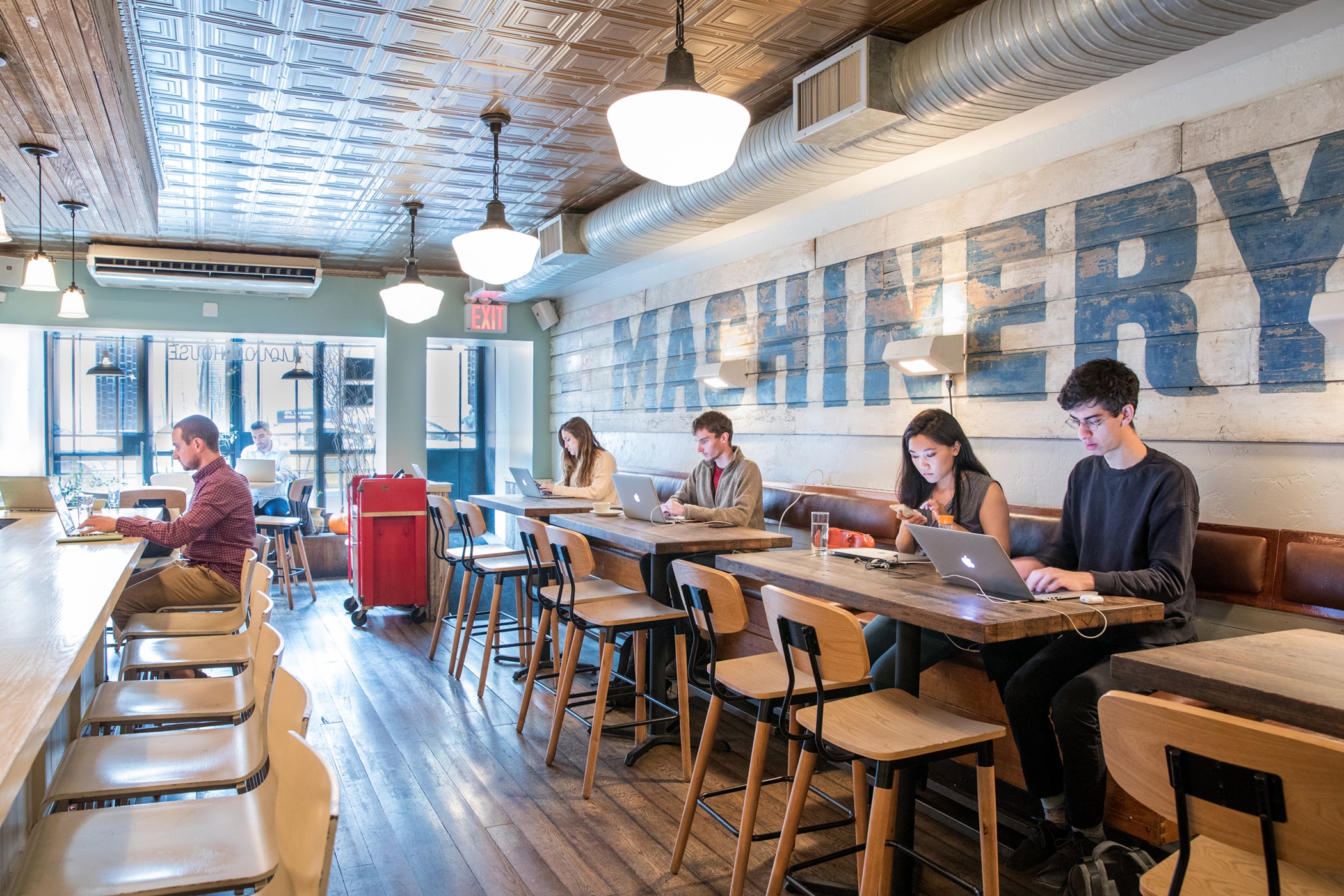 At KettleSpace locations that are only open to the public in the evenings, a sandwich-board sign out front reads "open for coworking" during the day. It's part advertising for KettleSpace and part clarification for confused passersby who wonder whether the restaurant is serving lunch.

Even if waiters aren't serving KettleSpace members during the workday, KettleSpace has staff at each location. On the typical day, you'll find the co-founders there, because the KettleSpace locations are the company's headquarters. As Rosenzweig puts it, "We're building this product for ourselves, because we are the end user."

Each location also has a community manager -- a person with a hospitality background whom KettleSpace hires to help members with business needs. For example, if a member needs help with Adobe Photoshop, a community manager could try and put them in touch with a fellow member who would be willing to provide a brief tutorial. Within each space, a representative from the Small Business Administration's SCORE association is available for complimentary mentoring.

"There's also the reality that not everyone is looking to connect with others," Levy says. "Some people are just looking for a space to put their headphones on and grind and focus, and we provide space for them, too."

However, if they desire the community element, members can join an evening intramural kickball league, attend a breakfast gathering, a lunch-and-learn, panel discussion or another event (such as "headshots at happy hour") at KettleSpace locations. There is also a weekly newsletter to help people feel connected. In it, a column titled "Community Wins" highlights members' professional triumphs. 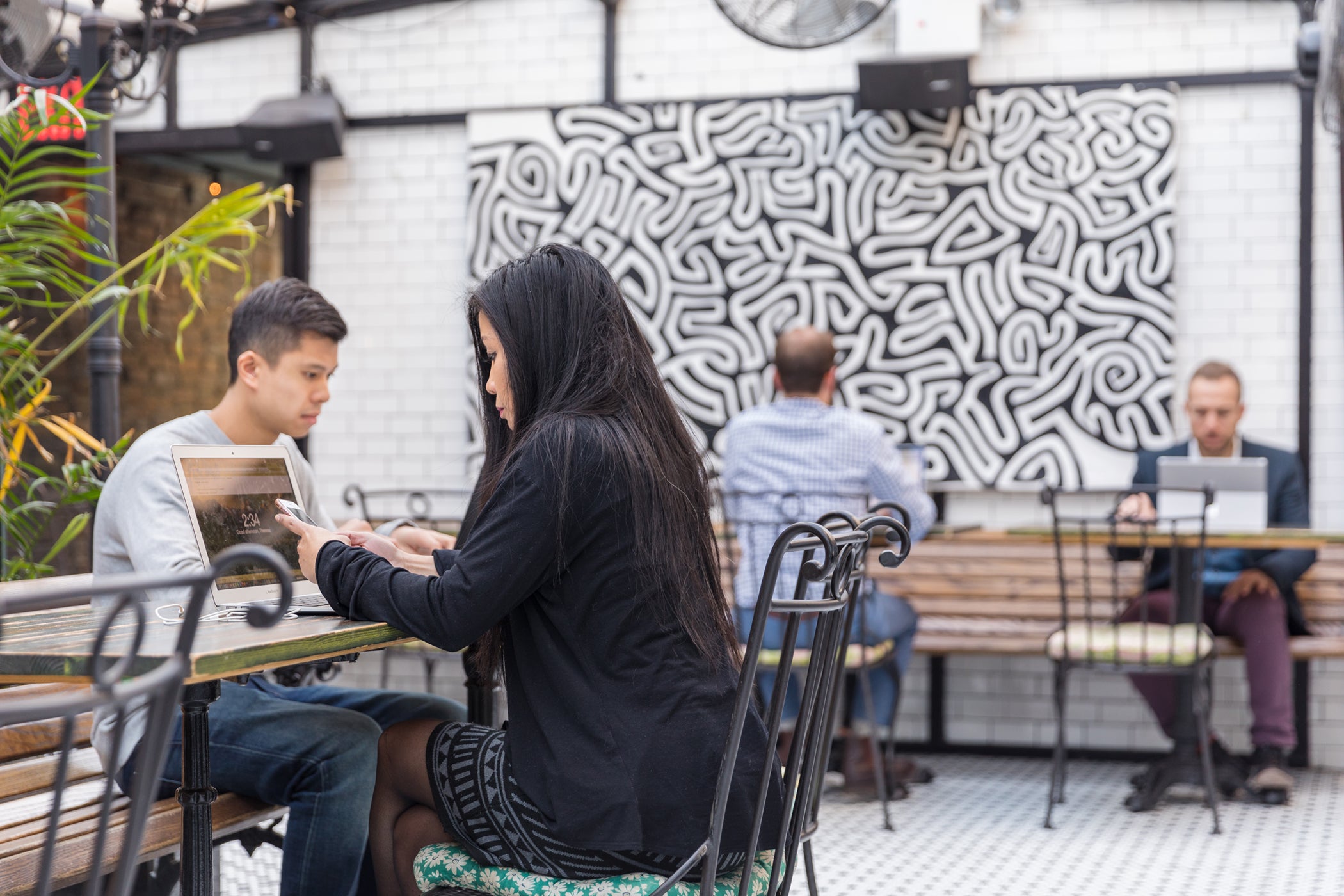 "If you work at a corporation and you make a big sale or you launch a new product, there are a million people there to pat you on your back," Rosenzweig says. "But in the freelance world, it's more isolating. My wins might not be celebrated."

There's even special music during the day -- "music that's conducive to productivity," Levy says. "We keep it at a decibel level that's been scientifically demonstrated to increase concentration."

KettleSpace looks for comfortable seating, natural lighting and proximity to public transportation. The company has also prioritized spreading its locations across the city, rather than concentrated in one spot, so they're accessible from more neighborhoods. While KettleSpace doesn't share its member count, the co-founders report that thousands of members have co-worked out of its spaces in the past several months.