In an exclusive interview, the former ESPN talking head (her words) talks about her new podcast venture with The Athletic and explains what drives her, now that she's in the driver's seat.

Michelle Beadle is well aware of the rat race she used to be part of as a longtime face of ESPN. As she put it during our recent Zoom chat, "The scoreboard in that world was always counting money." But the 46-year-old former host of popular ESPN programming such as SportsNation knows the "mothership," as her ex-employer is infamously known, provided her with a unique national platform.

For most of the 2010s, Beadle was one of sports journalism's most prominent disrupters, arriving at ESPN in 2009 as a seasoned sideline reporter but quickly making a name for herself in the male-dominated sports-commentary space. She even had a brief stopover at NBC between stints at ESPN, co-anchoring the Peacock Network's studio coverage of the 2012 London Olympics.

While initially celebrated for her opinions, Beadle eventually found herself embroiled in a national debate about sports and double standards with implications beyond the chalked lines of athletic fields. So in the summer of 2019, she left. And for the better part of the past two years, she flew under the radar, finding herself and reconciling the role sports played in her life.

But now she's back, having partnered up with rival sports-content powerhouse The Athletic to launch her own podcast network, top-lined by its flagship show, What Did I Miss? With Michelle Beadle, which debuted earlier this week. This time, she's ready to focus not on her appearance (more on that later), but on the personality that initially drew sports fans in before she was at the height of being the Michelle Beadle.

She knows she'll be leaping into a podcast landscape boiling over with interest, investment and talent, and as Beadle elaborated on during our conversation — for which she Zoomed in from her home in San Antonio, shoeless and casually attired — she wouldn't have it any other way. Here are some of the key tenets this outspoken trailblazer has applied to the latest phase in her multi-faceted career.

"For two years, I've done nothing," Beadle confesses about her time out of the limelight. "I haven't done my hair, I haven't put makeup on. It's like, all of a sudden, I'm easing back into this whole, "Oh no, people see me.' I did radio, and it gave me the freedom to think about a topic, talk about the topic and let that topic veer off into tangents. You don't get to do that on TV; a lot of it's very produced. The podcast represents a much larger thought process where you can let the conversation breathe. I hope to reconnect with some of my old friends in sports or comedy to just talk about sports and what's going on in the world.

That's what I miss: the interactions I used to have with people. Not necessarily my face on a screen, but the actual feeding off of someone, kind of ad-libbing and going from there. That part will be fun, there'll be freedom in it. My whole career has been as a hired talking head. I have no complaints. It's given me a nice life. But I've never owned anything. I noticed many [former colleagues] who moved on from the mothership and started owning some of their work, but that always seemed like an elusive idea. I had never really considered owning my brand or a business. I know a million people are doing podcasts, but when the opportunity came to do one, I thought it would be nice to have a part in cultivating something new, specifically for young, up-and-coming voices that will rarely get a shot. 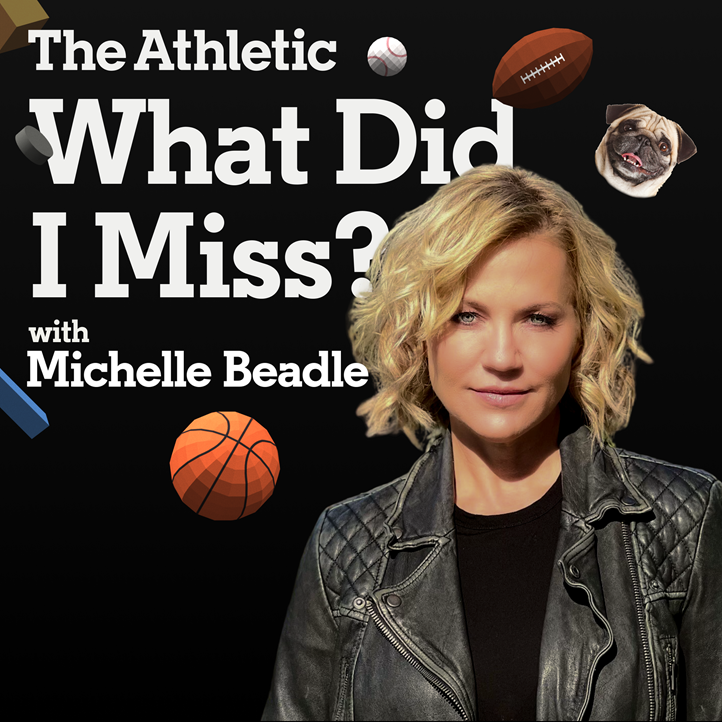 At the end of the day, all of this — whether radio, television, podcasting or writing — involves a bit of luck and somebody opening a door that may not be otherwise opened. The idea of getting to do that for other people, through this network, is exciting to me."

"I know that whenever we would launch new shows as a part of some new ensemble of humans, you're not always listened to from the top," Beadle recalls of her time at ESPN. "And you can tell by the way certain changes are made or how things get moved around. Now that my name is on it, I think my most important duty will be to listen to people. There's often a tendency to think, "I'm right, I know what I'm doing, my opinion is the most important.' But, no, I don't think that at all.

I don't think there are any stupid ideas. I want people to want to try everything. If it works, great. If it doesn't, we don't do it again. It's important that everyone feels comfortable enough to speak up. You never know where the next great idea comes from. I think arrogance sometimes squashes a lot of really cool things that we could have seen or could have had happened. Not this time around."

"I think when you're a female with opinions, the easy go-to is to just slash at my gender," Beale says. "Phrases like, "You don't know anything, get back in the kitchen.' None of it is creative at this point, I've heard it all. Criticism can cut to a more personal insult faster with women than I think it does with men.

I knew when I started working in the business that the natural path, as a female sports journalist, would lead me to be a sideline reporter for presumably the rest of my life. There's nothing wrong with it, but I have always wanted more opportunities. Big steps have been taken, and we are, as an industry, moving in the right direction. We see women fronting panel shows or big events, and that was not always the case. I think we need more producers, more executives, more of all of it, because it has an impact. I think once we get a little more female power in some of these rooms, it'll change the dynamic a bit, which I look forward to seeing. I hope it happens in my lifetime."

Moving beyond the binary

"Being a woman is always going to be something that drives my perspective on everything," Beadle concedes. "It can be a frustrating uphill battle. I want to get past the point where we always have to talk about the first female this or the first female that. I just want it to be normal. I'm not naive, and we're not there yet, but I do think it's important to women.

Not all women are fighting for the same cause, and that's fine. But I need to do my due diligence in finding young, bright, preferably female voices. I don't want to just go out there and say that, because that goes against getting to the normalcy that needs to happen, but I'm always going to support strong, great women.

I don't want to have a meeting one day and look around and think, "Oh, this room looks exactly like every other room of faces I've ever worked with.' It's important to incorporate different perspectives, upbringings and insights into everything we do. It makes for a more well-rounded show."

"It's almost certainly a new chapter, maybe even a second book of life," Beadle says optimistically. "I know what drives me is different. I had a great run [with ESPN], and I'm grateful for all of it. It also afforded me a chance to step back and take a breath and figure out what I want to do. I feel very lucky.

Related: How the Pandemic is Driving Innovation in Sports Business

"Ultimately my name will be on it," Beadles says of her new venture. "So it'll fall on me whether or not it works. Success of the network will all rest on: A. Are we still alive? B. Are we still doing what we set out to do and not slowly getting molded into something else? Those will be the two signs of success for me. Maybe I'll surprise myself. It's a brand new endeavor and I'm officially an entrepreneur. I'm nervous. I'm scared but excited, and that's probably why this whole thing ultimately has a chance to work and be successful."

Dr. Rod Berger travels the world in search of entrepreneurial stories. Over the last 12 months, Berger has been to 7 countries capturing stories of entrepreneurs, entertainers, athletes and newsmakers. Berger is a guest lecturer at Vanderbilt’s Owen Graduate School of Management.