By haniya rae
April 21, 2017
This story originally appeared on PCMag

Tabletop role-playing games are about making strategic movements within an imagined environment, where small game pieces signify players and points that can be moved across a space to different outcomes. Think the kids in Stranger Things playing D&D in Mike's basement.

But these games can help solve real-world problems, too. Open-source modeling software called Tangible Landscape, for example, allows landscape architects to combine augmented reality and spatial data to create and modify a simulated section of land, something researchers have used to control diseases like sudden oak death. 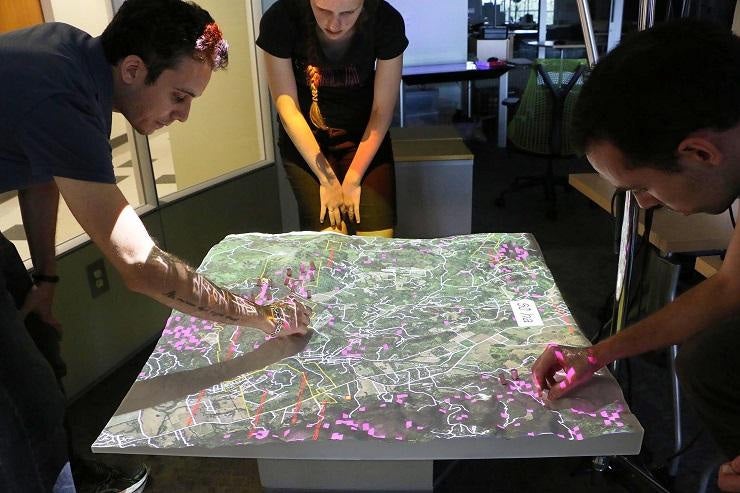 Using current map data and -- in some cases -- drones to create new map data, the system produces a CNC-cut miniature replica of an area researchers plan to study. A projector overlays data on top of the replica, and might include spatial data about tree density, water flow or past wildfire paths. Small wooden pegs placed on top of the replica can represent waymarks or new areas of development. 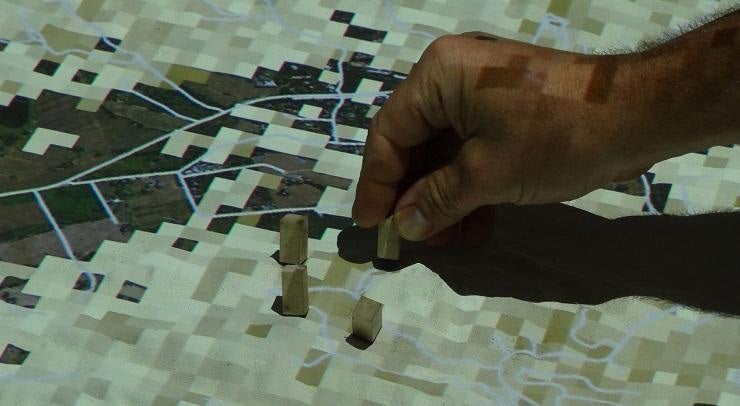 If a researcher is curious about changes in tree density, for example, they can use gestures on the replica to instantly create values that are sent back to the simulation program to model. While the models aren't yet 100 percent accurate for future predictions, the layers of geospatial data gives a very close guess.

"The accuracy depends on how well the model has been validated against empirical data," Tonini says.

Modeling the spread of disease, for example, requires accurate spatio-temporal empirical data to ensure its validity. "Sudden oak death was particularly hard because the symptoms do not show immediately on trees and that can bias the validation process. However, we built our work on a previously peer-review modeling framework that had a good amount of validation already tested on it."

In a recent application, Tonini and the team role-played as a forest manager, a landowner and a conservationist who were concerned about a section of oak trees within Sonoma Valley, Calif., that might be susceptible to sudden oak death. The team mapped out the locations of bay laurel trees, which are a known host to the disease, and began simulating their removal. Factors like money, time and spread of disease were then generated once the trees were removed from the area. One wrong move can derail a campaign, requiring costly fixes.

"One surprising thing is how different kind of people interact differently with the model," Mitasova says. "Some people don't understand that they can change everything about the area or move the parts around. It's really like sketching in three dimensions, though."

Mitasova and Harmon have thus far demoed Tangible Landscape at industry conferences to great interest. They hope architects and possibly even city planners will use the software to model how changes in the environment, such as rising water levels, might affect different structures or natural environments. Similar ideas exist, such as the AR-based Collaborative Design Platform, but Tangible Landscape is focused specifically on spatial data as it relates to the environment.

For now, the replicas are limited by size for portability reasons and the GRASS (Geographic Resources Analysis Support System) GIS data systems can only run a few models at a time. But with growing support, there are talks about allowing younger audiences to model outcomes.