His coincidental encounter with the stranded swimmer ended up saving her life.

By The Epoch Times
November 10, 2021
Opinions expressed by Entrepreneur contributors are their own.

A freshly licensed sailing enthusiast from L.A. County last month set out on his maiden voyage—and happened upon a young woman struggling to stay afloat, alone in Santa Monica Bay. His coincidental encounter with the stranded swimmer ended up saving her life.

IT business owner Koz Khosravani, 59, recently acquired his pre-owned sailboat and had invited friends along for his first real sailing trip. They set out on Sept. 26 for Paradise Cove in Malibu, 20 miles due northwest, where they could anchor and dine for a pleasant excursion. 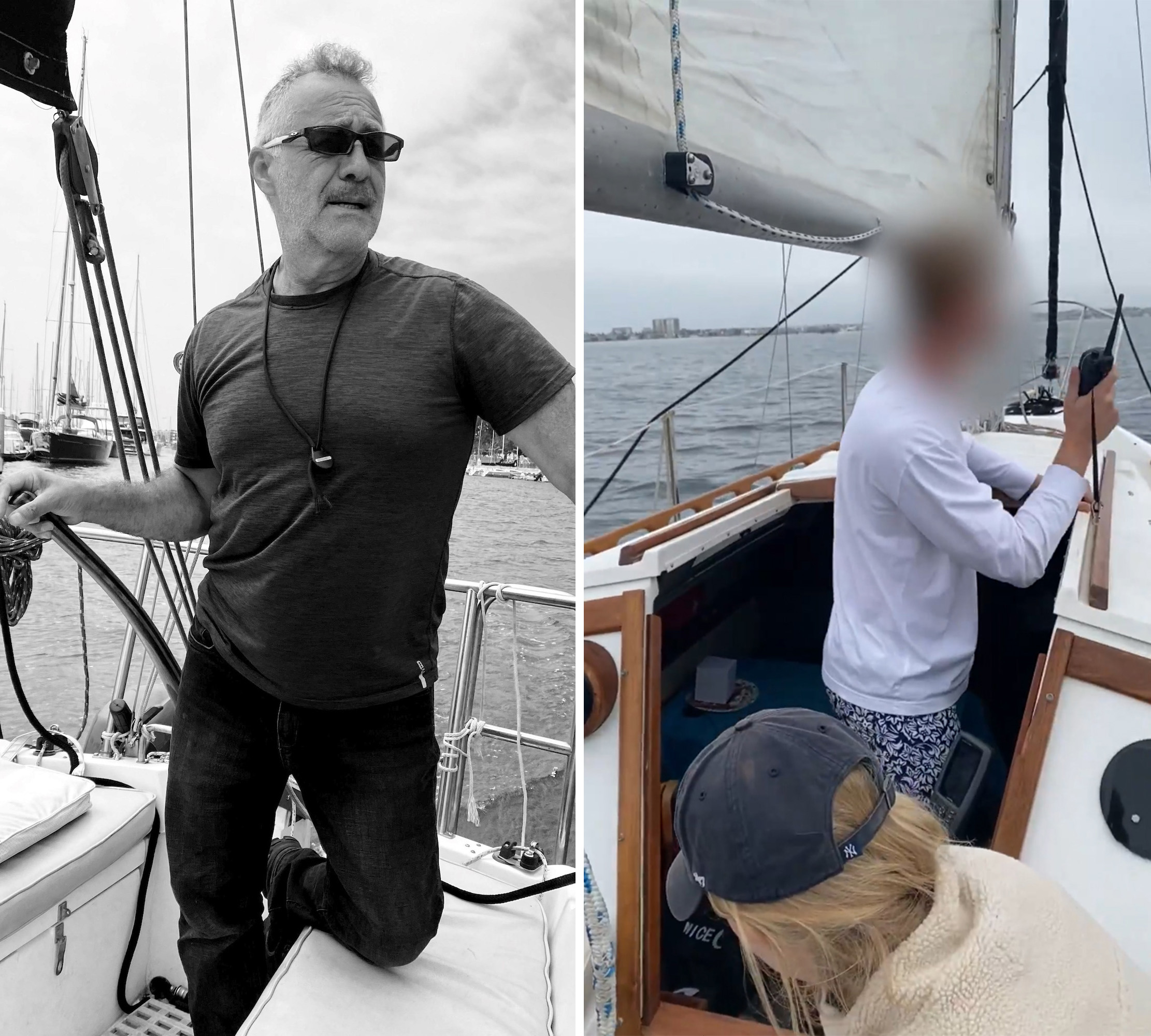 The Marina del Rey resident, who just completed his American Sailing Association course, rendezvoused at 9:30 a.m. with three friends at the dock—where he primed them in man-overboard rescue protocol before setting sail. At about 11:30, the voyagers on the bay spotted a pod of dolphins off their starboard.

"We got excited, took a bunch of pictures … and once the dolphins went toward the west of the boat, that's when I saw this hand," Koz told The Epoch Times. "I wasn't even sure, I just thought it was a hand.

"I definitely knew something was wrong."

Koz turned to intercept the stranded swimmer, who was barely-conscious, struggling to keep her head above water, but did not want to strike her with the boat. "I tried to pass by her, possibly within 15 feet from her," he recalled. A female crewmember threw a lifeline as they passed her and made a figure-eight to perform a second pass.

"On the second attempt, I threw another [buoy] towards her, because she couldn't hold onto the first one," Koz said. "The second one has a 70-feet cord or line attached to it." The swimmer managed to take hold of it but could barely move and appeared to be totally exhausted.

Koz, who happens to be a bodybuilder, strained to heft her out while simultaneously manning the helm; a male crewmember helped hoist her aboard. They brought her towels and a blanket to dry and warm her. "She was nude, which for a second it just shocked me," said Koz. "[She] was like a dead weight." He said she was in "rough condition" and "could barely talk," adding, "What I saw was a woman who barely I could see life in her eyes."

Koz said he queried her whether or not she was alone to ensure no others were left behind. Apparently it was just her. 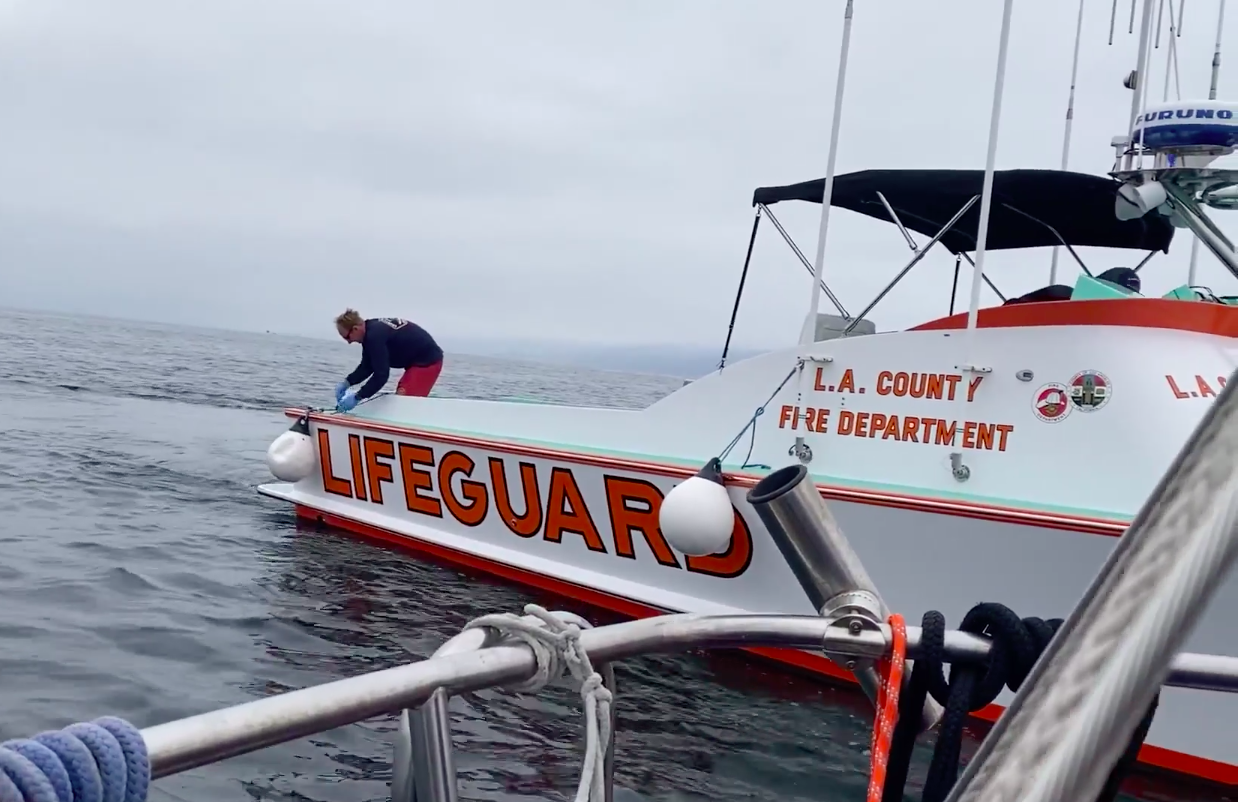 After tending to the rescued swimmer—an unnamed 26-year-old—Koz radioed the Coast Guard who dispatched a rescue boat. Within seven minutes, a Los Angeles County Fire Department (LACoFD) Lifeguard boat arrived, transferred her aboard, and took her to UCLA's Ronald Reagan Hospital, Daily Mail reported. She was treated for severe hypothermia and released after three days.

She had apparently gone for a midnight skinny-dip only to be swept out to sea and rendered stranded, managing to stay above water for nearly twelve hours by floating on her back.

The newly licensed sailor was amazed by the series of fortuitous events that aligned to save her. "I moved to this area recently," he said. "For no reason for the first time in my life I bought a sailboat … I got my license … then I trained my guests on how to perform this rescue … and then the dolphins …

"It's shocking, the whole thing." 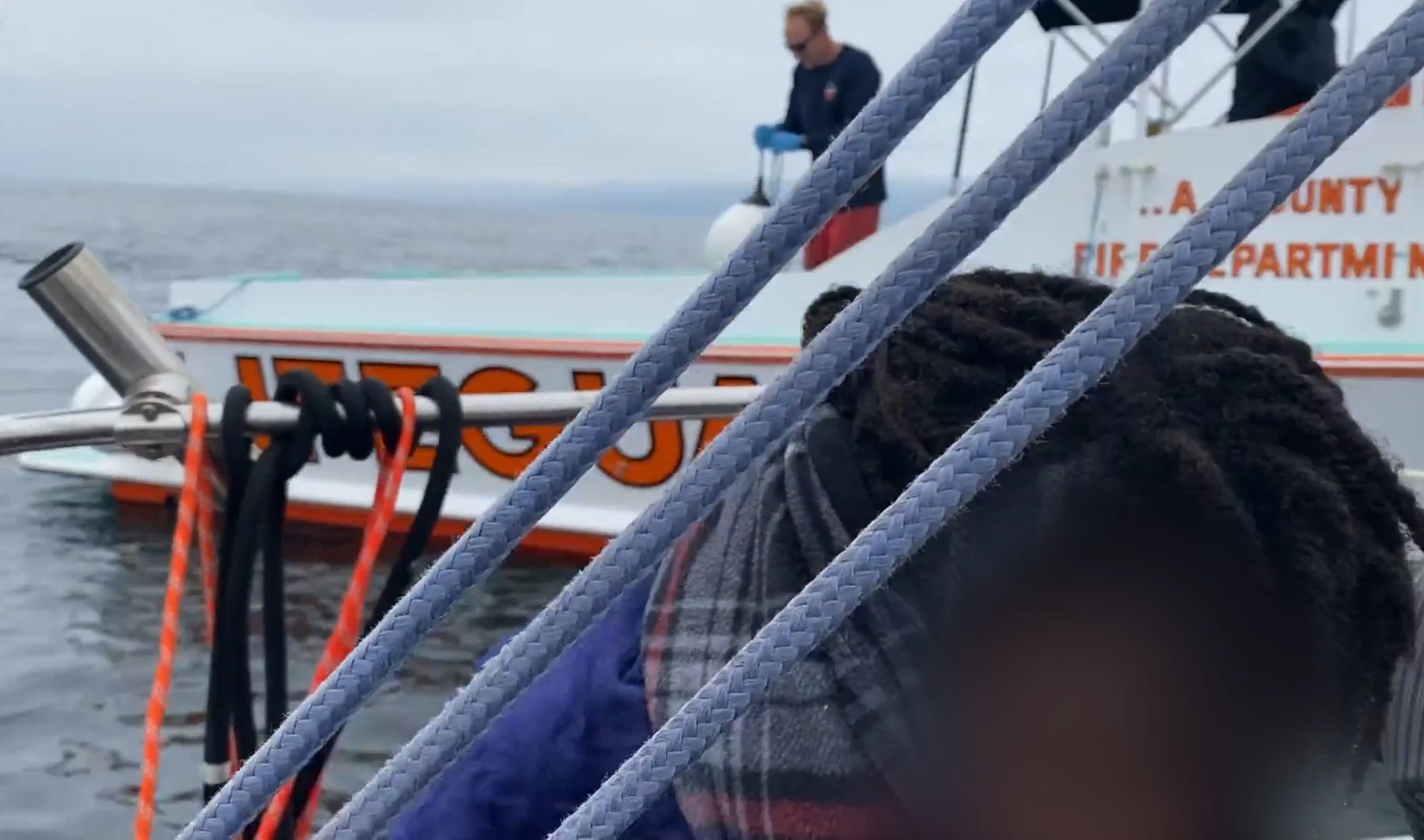 Koz also credits the woman's mental fortitude for her survival: "I used to train with this former U.S. Navy SEAL, and one of the first things I learned from them was that: the body can go on almost forever; it's the mind that gives up."

Share your stories with us at emg.inspired@epochtimes.com, and continue to get your daily dose of inspiration by signing up for the Epoch Inspired newsletter at TheEpochTimes.com/newsletter