Steve Jobs: Victim of His Own Dogged Determination?

By Jason Fell
October 28, 2011
Opinions expressed by Entrepreneur contributors are their own. 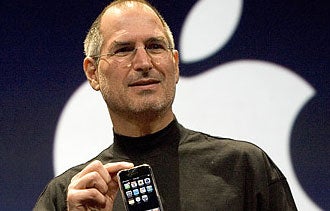 Editor's Note: This is the fourth and final part of a short series of posts as I read Steve Jobs, the new biography of the Apple co-founder written by Walter Isaacson.

The same dogged determination that drove tech entrepreneur Steve Jobs to control every aspect of Apple's products as well as the customer experience -- which pushed the company to make revolutionary products as well as staggering profits -- might have also led to his personal downfall.

In 1997, when Jobs returned to Apple as CEO, he also was overseeing digital animation film studio Pixar. The balancing act between the two high-profile roles, as well as his family and health, wasn't working out. Stressed and overworked, Jobs developed kidney stones and made numerous hospital visits for the pain.

"It was really, really rough, the worst time in my life," Jobs recalls in Walter Isaacson's biography. "I had a young family. I had Pixar. I would go to work at 7 a.m. and I'd get back at 9 at night, and the kids would be in bed. And I couldn't speak, I literally couldn't, I was so exhausted. … It got close to killing me."

Six years later, in 2003, Jobs bumped into the urologist who had treated him. The doctor suggested he have a scan to review the health of his kidneys. Jobs complied. Although his kidneys appeared fine, the doctors detected a cancerous tumor on Jobs' pancreas. But the tumor was caught early enough that the doctors were confident they could remove it and avoid the cancer from spreading.

To the shock of his family and friends, Jobs said he was determined not to have surgery, opting instead to pursue alternative therapies of his choosing. "I really didn't want them to open up my body, so I tried to see if a few other things would work," Jobs says in the book. His experiments included a vegan diet with carrot and fruit juices, acupuncture, a variety of herbal remedies and consulting with a psychic.

But the creative thinking and unwaivering determination that made him a fascinating and visionary entrepreneur were no match for cancer. In July 2004, another scan showed the tumor had grown significantly. Jobs relented and underwent surgery. Although the doctors removed the tumor as well as a portion of his pancreas, they noticed the cancer had spread over the last several months to Jobs' liver.

"Had they operated nine months earlier, they might have caught it before it spread, though they would never know for sure," Isaacson writes in the book.

Jobs started a chemotherapy regimen but struggled with his health, and pain, for the rest of his life. In January 2011, following a liver transplant, Jobs said he was taking a medical leave of absence from Apple but that he'd continue as CEO and "be involved in major strategic decisions for the company." Eight months later, Apple's board of directors announced that Jobs had resigned as CEO. Jobs said he would remain with the company as chairman.

A little over a month later, on October 5, Jobs died of cancer at age 56.

Despite the apparent handling of Jobs' health, there is little dispute over the significance of his professional legacy as an entrepreneur. Consumers, as well as the overall tech industry, can thank Jobs and his vision for creating an army of products that have changed peoples' lives.

Correction: An earlier version of this post misstated the year Jobs' tumor was discovered. It was found in 2003.