The Bitcoin Buzz and How Young Entrepreneurs are Cashing In

By Andrea Huspeni
May 11, 2013
Opinions expressed by Entrepreneur contributors are their own.

Bitcoin may be a virtual currency, but the buzz it's getting on the street is very real.

You can't open a website or newspaper these days without reading about Bitcoin, the digital currency that was invented in 2009 by a mystery person who goes by the name of Satoshi Nakamoto. The latest news is Fred Wilson's Union Square Ventures just agreed to help fund a $5 million round of investment into Bitcoin wallet Coinbase.

Similarly, early-stage investment firm Draper Associates backed Bitcoin startup CoinLab with $500,000, and the San Francisco-based accelerator Y Combinator, which helped incubate Coinbase, took a stake in that company. Then, investors like the Winklevoss twins, who famously claimed to have come up with the idea for Facebook before Mark Zuckerberg, have also reportedly poured $11 million into purchasing Bitcoins.

So what's all the fuss about?

The currency -- which back in August of 2012, was valued at $10 and recently held steady around the $115 mark -- is attractive to individuals, as it provides untraceable transactions. Anyone in the world can, for example, move money in a matter of minutes without the hassle of any central government agency controlling it.

Businesses also like the flexibility of the coinage. Already, about 3oo merchants have signed on to Coinbase to accept Bitcoin in lieu of actual money. Even David Marcus, the president of Ebay's PayPal division, recently said "we're kind of thinking about" integrating Bitcoin with the company's money transfer platform.

And the actions of some governments have only added fuel to the Bitcoin fire. After European officials imposed a tax on bank deposits in Cyprus, Russia called for ownership limits in offshore accounts and countries like Japan continue to purposefully devalue its currency, Bitcoin's value shot up to $265 this past April. 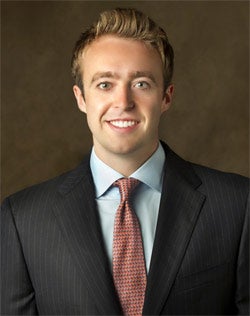 Still, Bitcoin does have its risks. The currency is extremely volatile. A day after it peaked at $265 it plunged to $100. Businesses have suffered numerous hacks and since the market isn't supported by any of the world's government, once your money is gone, it's gone. It also doesn't help that the media is continually speculating on the Bitcoin bubble -- did it burst, will it burst, is there even a bubble?

Those potential pratfalls haven't phased young entrepreneurs like Jaron Lukasiewicz. After spending four years in finance and launching crowdfunding concert site Ticketometer -- a startup he calls an expensive and painful failure -- the 27-year-old started Bitcoin trading platform Coinsetter December of 2012, with plans to launch this year. The idea that the digital currency provided both complete transparency and anonymity, along with the fact it is decentralized was attractive to Lukasiewicz. 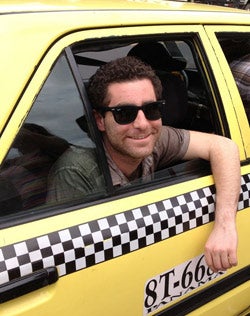 "A lot of it is in response to the fact government never really fixed their problems after the financial collapse, Bitcoin is a natural answer," says Lukasiewicz. "People are starting to value private currency."

The currency is simply everywhere. Thanks in part to 23-year-old Charlie Shrem's payment-processor startup BitInstant, anyone visiting more than 700,000 locations, including Walmart, 7-Eleven, MoneyGram, CVS, among other businesses, can buy and tranfer Bitcoin. Shrem is also one of the co-owners of the first New York City bar to accept Bitcoin, EVR.

"There is so much potential," says Shrem. "I am just waiting for it to be a billion dollar industry."

What's your view of Bitcoin? Think it'll catch flames or fizzle? Let us know your thoughts in the comments below.