Here's how the notoriously staid Disney took the plunge with Pixar and unleashed an animation juggernaut.

Thinking about the world of animation in 1995 paints an interesting picture. Disney was on a major hot streak, with The Lion King bringing in millions as part of what came to be known as the Disney Renaissance. But one of the most important movies the studio would release — 25 years ago this month — was like nothing they'd done before.

Toy Story was an absolute outlier for Disney. It wasn't based on a public domain fairy tale, it wasn't a musical and — most notably — it wasn't drawn, frame by frame, by a massive department of ink and paint artists. Instead, it was the first feature film entirely animated on a computer. How did the notoriously staid Disney take the plunge into working with Pixar, and how did the world of animation change in its wake? Let's find out. 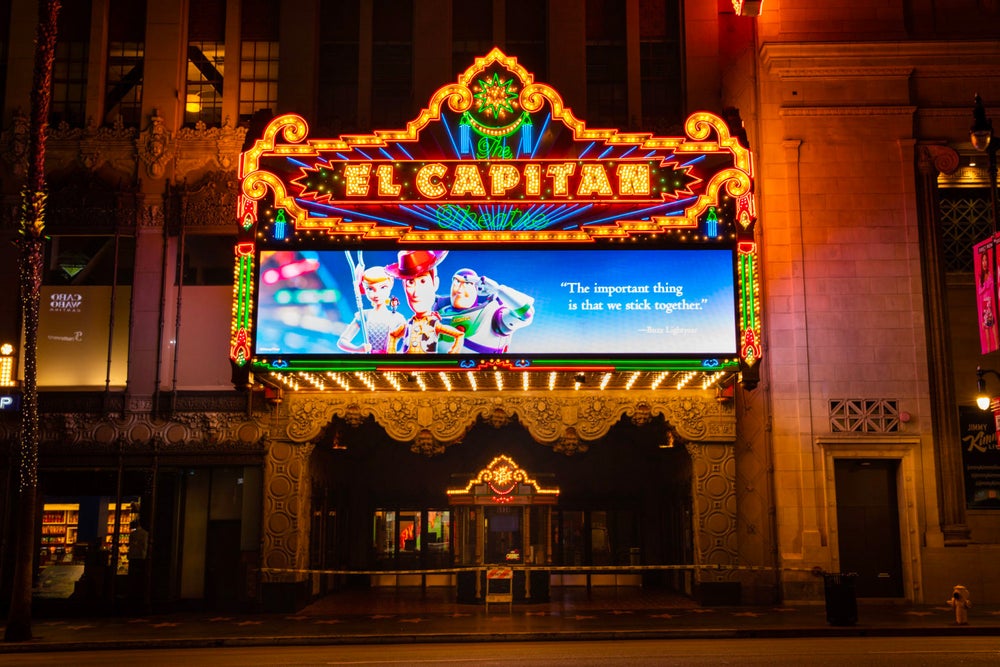 John Lasseter was an early graduate of the character animation program at Cal Arts, and on the strength of student project Lady and the Lamp he was hired by Disney in 1979. His strong opinions on the company's creative stagnation quickly got him in trouble with his superiors.

Lasseter believed the studio had hit a peak with 1961's 101 Dalmatians and had been coasting since then, refusing to experiment with new technology and techniques. In particular, Lasseter wanted to use the nascent computer technology from Tron to add depth to the backgrounds for traditional animation. He and Glen Keane put together a test project to show how it could work, but right after the pitch he was let go.

He quickly found a new home at Lucasfilm's Computer Animation Group (CAG), which in contrast to Disney had been kicking out technological innovations at a frantic pace. Lasseter would work on the stained glass knight in Young Sherlock Holmes, the first computer-animated character ever etched directly onto film, as well as other projects. But when George Lucas's divorce forced him to liquidate many of his assets, the CAG — now renamed Pixar — was spun off as its own thing. In 1988, they took home an Oscar for the animated short Tin Toy and became a hot property in Hollywood.

In that time, Lasseter's former allies at Disney had entrenched their position, seen what computers could do and were finally ready to give it a shot over a decade later. Tim Burton's The Nightmare Before Christmas had already seen the company loosening its prohibition on working with outside studios, and Pixar — then teetering on the brink of bankruptcy— signed a deal that gave it $26 million for three movies and 12.5% of ticket revenues. But Disney would own the characters.

The initial idea for Toy Story was a half-hour television special, inspired by Tin Toy. But Disney wanted to go bigger, so it started kicking other ideas around. The original premise had Woody as a villain, abusing other sentient toys, but eventually the idea to structure the movie as an "odd couple" buddy comedy helped create its final shape. The process was hugely collaborative, bringing in external writers including Joss Whedon and internal brainstorming with Disney animators.

The process wasn't always pleasurable. Disney execs, most notably Jeffrey Katzenberg, had a different vision for the film. They wanted to make it "edgier" to appeal to adults as well as kids, while the Pixar team wanted to hold to their initial vision. A disastrous test screening of the film's first half for executives caused the House of Mouse to order the whole thing shut down. Lasseter took two weeks for a script rewrite and Pixar owner Steve Jobs, who had already invested a chunk of cash into the team, funded the movie until Disney stepped back in.

After the shutdown and the new script, things went much smoother. Jobs was insistent that the film be made on a very controlled budget, with a team one-eighth the size of the one that made The Lion King. This was in part due to his lack of confidence in the product. He was considering selling the company, and didn't want the expenditures to seem too large. However, as Toy Story began to cohere, he became more and more convinced Lasseter and crew were on to something.

By the time Toy Story was ready for release, the individual parts had come together so strongly that Disney made the move its 1995 holiday season tentpole. The only question was whether the general public was ready for something so radically different.

Surprise: They were. Critical reaction to Toy Story was immediate and overwhelmingly positive, with the movie nominated for a slate of awards. It also pulled in over $350 million at the box office, well above Jobs' best-case estimates. Jobs would grab the momentum from Toy Story to take Pixar public on Nov. 29. The IPO would immediately become the biggest of the year, seeing shares jump from $22 to $45 in the first half hour before settling at a very healthy $39.

Meanwhile, Disney quickly realized that Pixar was more important than it wanted to admit. The Disney Renaissance petered out by 1999, with the new century bringing a string of flops like The Emperor's New Groove, Atlantis: The Lost Empire and Home on the Range not capturing the imagination of audiences. At the same time, Pixar's co-productions with Disney like Monsters, Inc. and Ratatouille performed strongly. That gave the company a lot more leverage, and it used it to shore up its creative control over the follow-ups.

Toy Story proved that computer animation could be as expressive and flexible as hand-drawn. It wasn't long before other studios started to invest in the hardware and talent necessary. DreamWorks was the first major player to step up to Pixar with 1998's Antz, but over the next decade the entire industry pivoted away from traditional techniques to CGI. In 2003, Disney transformed its entire feature animation shop into a computer-only studio.

And, of course, there finally came the day in 2006 when Disney realized that there was no way it could continue to negotiate with Pixar on even ground as more and more of its hits came from the company. Disney opted to buy Steve Jobs' majority share for $7.4 billion in Disney stock. That move would also install John Lasseter as Chief Creative Officer of the company.

Related: 11 Quotes to Jumpstart Your Creativity From the Co-Founder of Pixar

It's quite a story arc — drummed out of a company for pushing too hard on the technology of the future, only to come back swathed in glory when his initial theories were proven correct. Lasseter's big bet on computers reshaped the entire industry in America and abroad. Pixar's movies continue to set records. Toy Story 3 was the first animated film to gross more than a billion dollars, a flabbergasting return on Disney's initial investment.

Stream the Pixar library on Disney+, including all four Toy Story movies.