With More Than $3 Million in Annual Sales, Why ZinePak Decided to Go on 'Shark Tank'

By Laura Entis
April 27, 2015
Opinions expressed by Entrepreneur contributors are their own.

Founded in 2011, ZinePak – which works with popular artists, celebrities and brands to create custom products such as magazines, collectibles and mixed-media packages they can sell to their super fans-- had itself a hell of a first year, taking in more than a million in revenue.

Despite this early success, co-founders Brittany Hodak and Kim Kaupe – who self-funded the company with $60,000 from their combined savings -- put off hiring another full-time employee for nearly two years after launching. "Lean" was the name of their game. Even as the company's employee count and revenue grew, Kaupe and Hodak's commitment to retaining full control of their company never wavered.

As viewers of Friday night's episode of ABC's Shark Tank already know, Hodak and Kaupe recently forged a $725,000 deal with Sharks Robert Herjavec and Lori Greiner, for 17.5 percent of their business.

This past June, the pair was approached by the show's producers, who were intrigued that a company of ZinePak's size had no outside investors. After years of bootstrapping, "the timing was finally right," Kaupe says.

Not only did they feel a Shark (not to mention Sharks) would make a strategic investor – "we are in the celebrity and super fan business, so who better to understand and help us with that than someone who has his or her own super fan network?" Hodak says – but it had become apparent that in order to maintain growth, an infusion of cash was necessary.

Currently, ZinePak works primarily with musicians with approximately 80 percent of its clients coming from the music industry, including mega-stars like Katy Perry, the Beach Boys, Kiss, Taylor Swift, Justin Bieber as well as programs like the Academy of Country Music Awards. 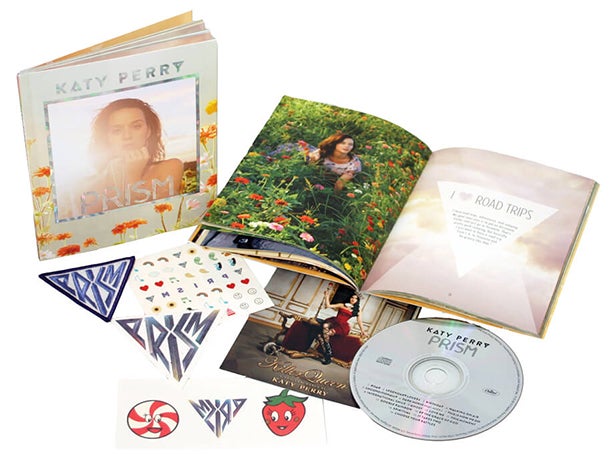 To maintain growth, Hodak and Kaupe want to expand into new verticals. While both have a large, influential network in the music industry, the same isn't true in the world of sports, film, social media and corporate business. And yet, because the company was entirely self-funded, spending the money it would take to hire a business development or sales person with connections in the film or sports industry, not to mention a C-Suite executive, was out of the question. "Every single dollar we were spending on the company was coming from our pockets or from our profits," Hodak says. "In most cases, we've waited until after we've needed someone in a position to hire for that position. It's difficult to maintain fast growth when you're doing it that way." (Revenue growth has sputtered slightly; in 2013, the company took in $2.5 million. Last year, that number was just over $3 million, Hodak says.)

For all these reasons when the Shark Tank producers called, Hodak and Kaupe jumped at the opportunity.

The long, chaotic road to the Shark Tank

ZinePak's episode may have aired Friday night, but the process started nearly a year ago. After auditioning for the producers early last summer, Hodak and Kaupe flew out to Los Angeles in September to film with the Sharks.

From start to finish, the experience was riddled with uncertainty. "The biggest question mark was not knowing when anything was going to happen," says Hodak. The producers required that they reserve 35 potential days to shoot in Los Angeles, which meant that for two months they couldn't make any important plans, either personal or professional, because "we knew at some point we'd only have five days warning and then we'd have to be in LA to film."

Even after the taping session, there was no guarantee the segment would air. Out of the 100,000 companies that applied for a spot in the sixth season of the show, 200 were invited to Los Angeles. Out of those 200, only 120 companies' sessions with the Sharks were televised.

Still, despite the stress of the unknown, they're glad they did it. Because of the show, ZinePak is walking away with an investment from not one, but two Sharks, along with the kind of national exposure that can skyrocket a company to the next level in terms of revenue.

"We were very proud to pass the million dollar revenue mark in less than a year, but now we're ready to cross that 10 million threshold," Hodak says. Together with Kaupe, she believes that the $725,000 investment, most of which will be used to make strategic hires, along with the network Herjavec and Greiner bring to the table, will help ZinePak expand to new verticals and do just that.