"There's no school where you go to in order learn creativity. It doesn't exist."

Caroline Scheufele, Artistic Director and Co-President of Chopard, was one of the many business leaders that took part in the 2022 Global Citizen Forum, the annual summit of the eponymous Canadian non-profit organization that was staged in the Emirate of Ras Al Khaimah in the UAE. And once Scheufele got off the stage to speak with me after, the venue was still very much abuzz, but she demonstrated the calmness of a person who has always been in the right place, at the right time, with the right people, and saying all the right things.

And as soon as she started answering my first question (which was to list her key career achievements to date), I became aware that her self-confidence was strongly present even during her teenage years, inspiring her very first business decision. "I would mention, first of all, my first design, which became an icon, although I was only 16, I was still in school, when I created it," Scheufele says, referring to the Happy Clown, a clown pendant with small dancing diamonds twirling inside its belly, which was the first ever piece of Chopard jewellery, because, up to that point, the Geneva-based brand was known only as a watchmaker. "Because of this little clown that my father made for me, the whole world of Chopard changed."

Born in Pforzheim, Germany just a few years before her father, entrepreneur Karl Scheufele, bought Chopard in 1963, Scheufele joined the family business immediately after obtaining a diploma from Geneva International School. Her talent also led to some of Chopard's most significant jewelry designs, such as its first jewelry collection, Happy Diamonds, then the Happy Sports watches featuring a world-first combination of steel and diamonds, as well as the Haute Joaillerie Red Carpet and Animal World collections. Each of these are iconic in their own right- for instance, Chopard's Happy Diamonds timepiece caused an upheaval in the world of watchmaking in 1976, because it featured a glittery array of dancing diamonds floating freely around the dial- a technical breakthrough amongst watchmakers at the time. In 1993, Scheufele released the Happy Sport watch, which considered to embody her passion and joie de vivre, and for which she, once again, shocked her artisans after requesting the gems between two sapphire crystals to be directly encased on top of the dial.

Such stories demonstrate Scheufele's innate creativity, and according to her, that's something you just have, as opposed it to being a skill that can be learned. "You can maybe learn how to draw properly, or how to make plans, and maybe that process you can learn, although you still need a bit of talent, but, the creativity itself, I think it's something that you either have, or you don't have," she says. "There's no school where you go to in order learn creativity. It doesn't exist." Inspiration, she continues, can be found in nature, animals, music, architecture, traveling, or simply put, in everything. She adds, "There is not a specific moment where you sit and say, 'Now I have to be creative.' It's an ongoing process."

Such a mindset can also explain how, under Scheufele's leadership, Chopard has become one of the first brands to use raw materials that meet the highest possible social and environmental standards. Chopard is also one of the only few family-run businesses in the world of fine jewellery and watchmaking, with it being run by Scheufele's and her brother Karl-Friedrich, who were appointed Vice Presidents of Chopard in 1985 and Co-Presidents in 2001. "Thank God, we work in harmony," she says. "My parents handed over, pretty early, all the decisions, everything, to us, and, of course, they're there, and we do listen to them, but it is my brother and me, and I think we are a good team. We're yin and yang. We're a good synergy, and it works well." 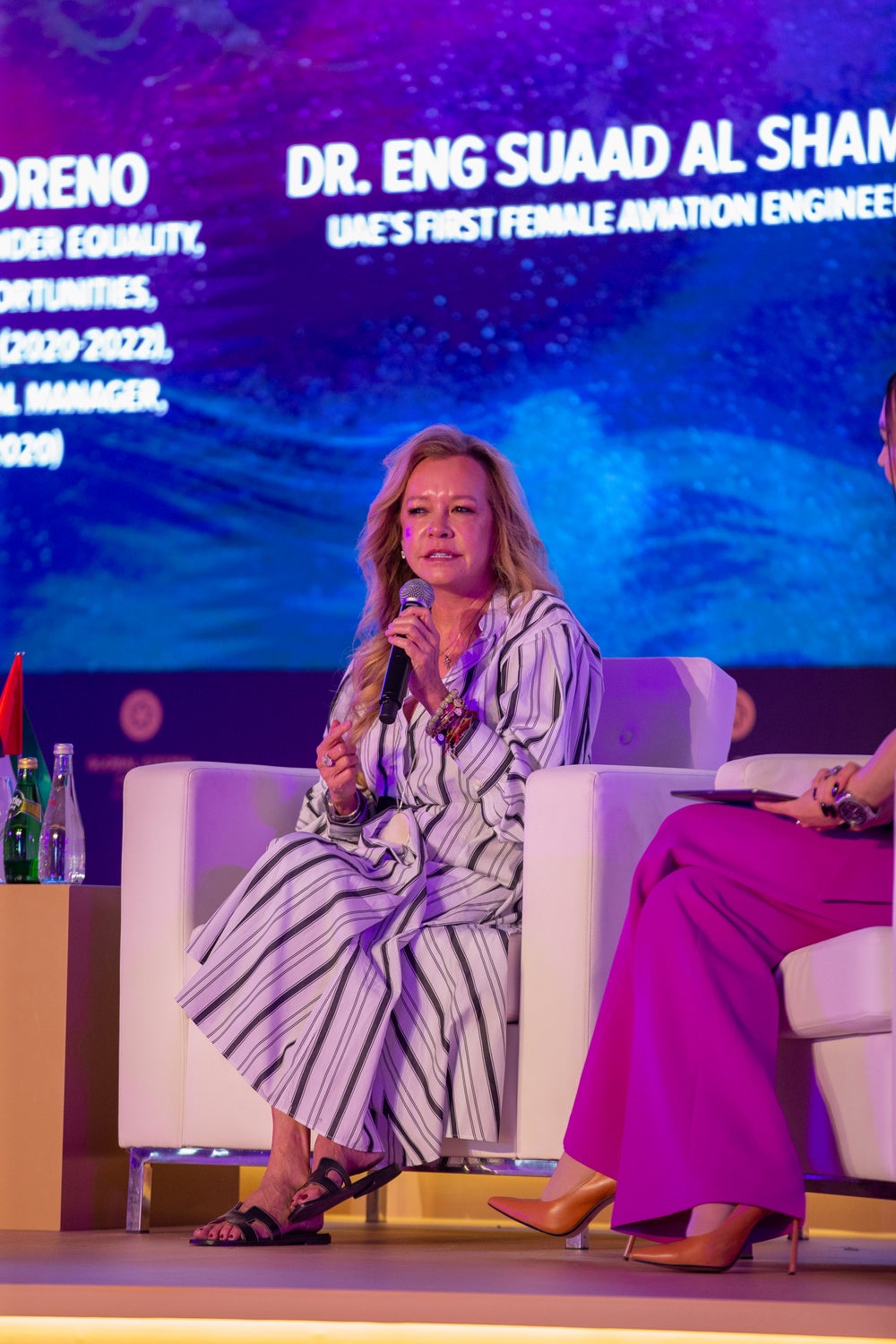 In terms of the workforce, Scheufele says that the company employs over 800 people in the atelier and head office in Geneva, about 500 in a manufacturing unit in Switzerland, another 700 in the other company in Germany, and about 2,300 in subsidiaries and boutiques. Scheufele's direct reports range from 6 to 50 on a daily basis, and for her, being flexible is the key to good management. "You have to be structured and organized, but you also have to be open to changes," she says. "If somebody tells me that there is all of a sudden a VIP client in Geneva, I will drop everything and take care of that, because, in our business, we cannot function as robots. However, the base is sort of structured, and I see my design team every month, minimum, and the same goes for retail boutiques, wholesale departments, and so on. I meet them all regularly."

Being a part of a family business has shielded Scheufele from some of the snowballs that are often thrown at other women in the business sector, but not from all. "I started in a system where some gentlemen would ask me why I was here, or what I was doing," Scheufele remembers. "I was 18 years old, and I didn't understand: what did I do wrong? When my brother started three years before that, nobody said that or asked anything, so it was a bit strange. But, sometimes, you have to impose yourself on people. People say stupid comments like, 'Oh, but she's a woman,' and I'm like, 'Okay. And you are a man, so what?' But it's becoming, I think, less and less and less. We have a lot of women working in our company now. Out of the 800, maybe 400 are women." Looking toward the future, Scheufele's hope for 2023 is that both the world of Chopard and the world itself will be more joyous. "We will keep our positivity. The name says it all, happy like our Happy Diamonds, and we will continue to communicate happiness through our products. So, despite the state of the world right now, we're not going to make sad jewelry," she smiles.