"When the world thought Africa was a risky place for business, I saw the opportunity, and backed my efforts with full commitment and perseverance."

As the Group Chairman of the Dubai-headquartered Stallion Group, Sunil Vaswani may be one of the most influential business leaders in the Middle East, Africa and Asia regions today, but more than 25 years ago, he was –like most of you entrepreneurs out there- just a man with a vision, wanting to make the most of an opportunity he had envisioned.

At just 21 years of age, Vaswani believed that his father's Nigeria-based trading business –a modest operation at the time- had the potential to be much bigger than what it was then, and time has certainly proved him right. "When we got going, we identified key products and services that impacted people's daily lives, and developed a business model that delivered them to the mass population at high quality and fair pricing- [these included] staple food, nutrition, transportation, fertilizers, FMCG products, banking, clothing and several others," Vaswani explains. "The other strategy was to collaborate with world leading companies in delivering their expertise to the underdeveloped African markets." With those principles governing the company, the Stallion Group has today grown beyond its African borders into the Middle East and Asia (the Group currently has a presence in 18 countries), and is today a diversified business conglomerate with multiple business lines that include automobiles, commodities, food, agri-business, industries and services. "Currently, our top sectors are agri-commodities and agriculture, automobile assembly and distribution, food products and industries," Vaswani reveals. "We are also developing substantial new revenue streams for the future in the areas of gas-based heavy industries, infrastructure, healthcare, education and others." 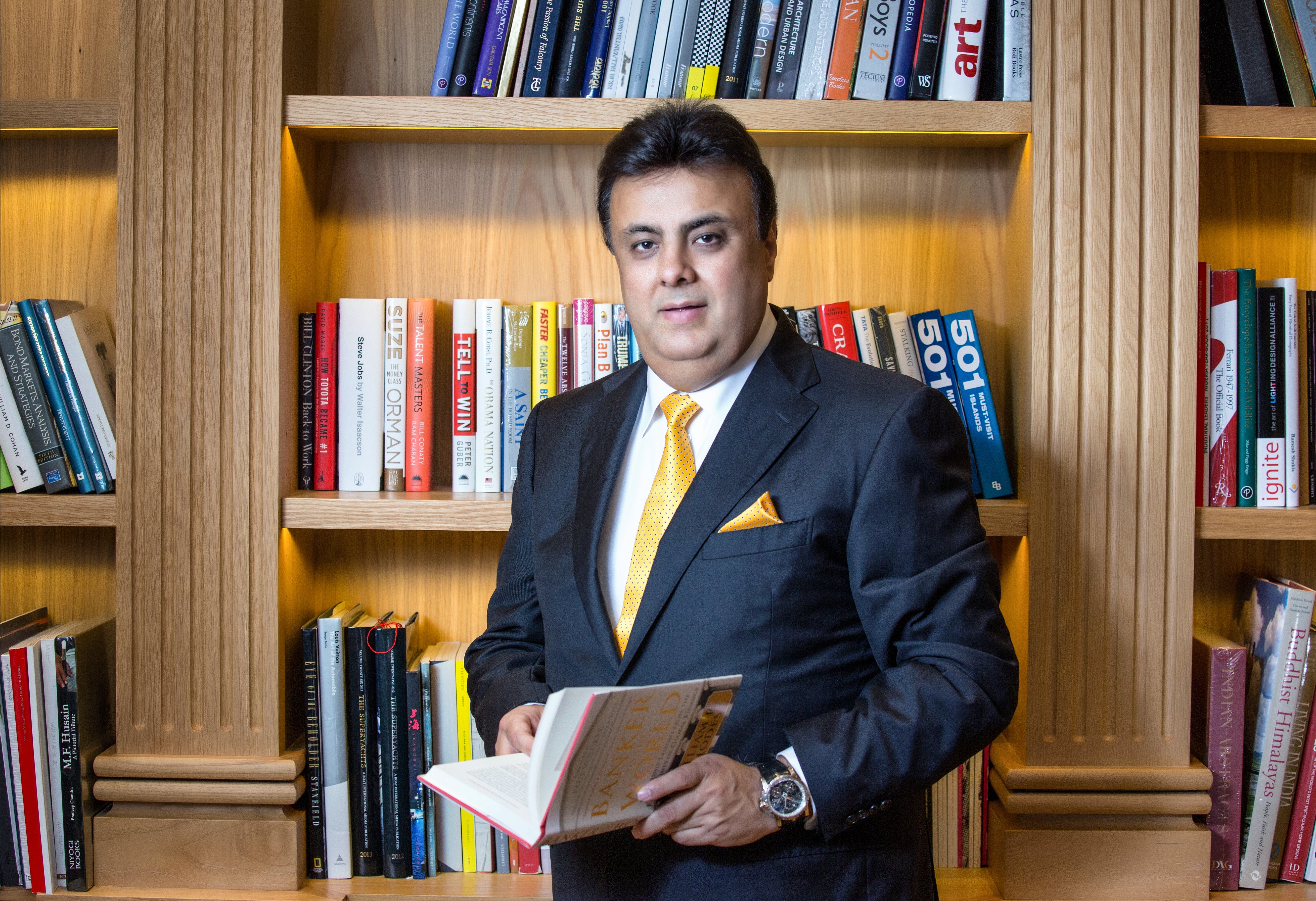 As these things often seem when examining them in hindsight, Vaswani's journey with the Stallion Group may sound like a breeze right now- but it was hardly, if ever, that. "This was more than 25 years back, when Africa was full of people looking to meet their everyday needs, while other parts of the world had moved rapidly in economic development," Vaswani remembers. "I was determined to align myself with the socioeconomic needs of Africa, and create a bridge with other parts of the world for its growth and prosperity." Again, Vaswani's location is a key thing to remember when considering his business acumen at the time- Africa was not, as it is commonly referred to nowadays, the hot new market to be explored, and businesses were wary of setting up shop in the continent. But that was the gap that Vaswani took advantage of. "When the world thought Africa was a risky place for business, I saw the opportunity, and backed my efforts with full commitment and perseverance," he explains. "I took over my father's trading business with his kind blessings and a burning ambition to make it big, [and] more importantly, to make a positive impact on people's lives. Establishing businesses and running them in a sustained manner, in some of the world's most complex markets, can be highly challenging. The ultimate success however has given us a healing touch, outweighing the difficulties faced in the process."

But that is not to say the 45-year-old, 10,000-employee-strong Stallion Group is content to sit on its laurels either- it aims to continue making big investments in Africa, while also growing its presence and reach in the Middle East and Asia. "Our focus now is to be at the forefront on Asia-Arab-African trade flows and investments; we are partnering world-renowned companies taking them to the African and Middle East markets," Vaswani says. "Our development in Africa will largely be based on optimal utilization of local resources, in the areas of agriculture, heavy industries and others, producing products and services that substitute imports." And how does Vaswani anticipate the road ahead to be like? "We operate our business with well-set objectives, great teams and high perseverance. I believe nothing is impossible. We are customer-focused, and are passionate about giving them a fair deal and with consistency. We are strict about ethics and compliance; this has helped us tide through several challenges we have faced in the markets, through frivolous allegations and other matters." 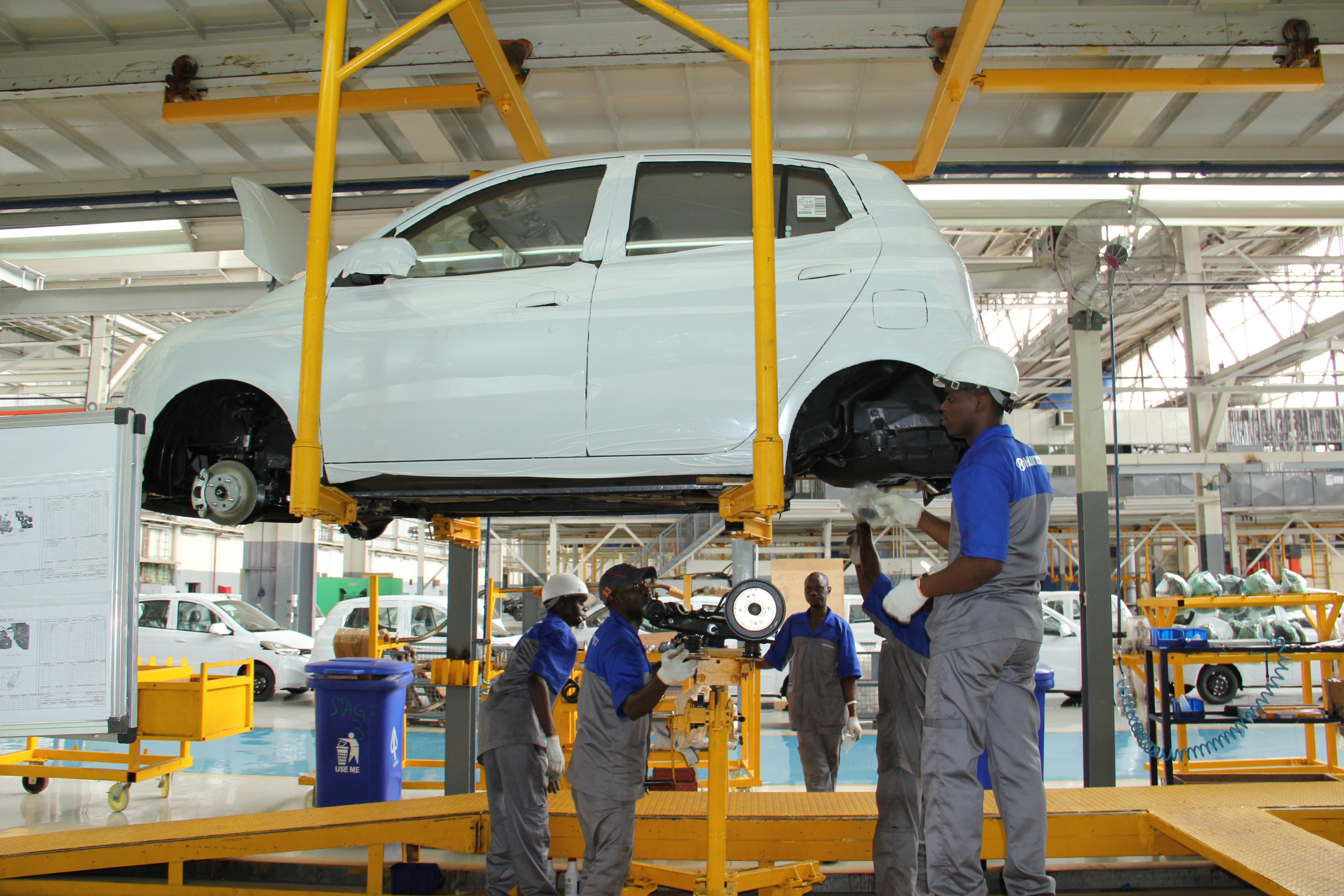 Of course, Stallion's track record holds it in good stead for the future. Despite the legal issues that have dogged the company (the latest of these was in August, when Nigeria's House of Representatives ordered a probe into an alleged tax evasion by the company), Stallion has managed to get past such controversies, and instead maintain its focus on further growth and development. For instance, the company today, to its credit, continues to boast of an impressive list of multinationals as its partners. "For instance, we have collaborated with the likes of Nissan, Hyundai, Volkswagen, IVECO , Ashok Leyland and other auto majors to assemble their passenger and commercial vehicles," he says. "We typically associate with the best organizations in the world in the areas of production technologies, distribution of products and services. Today, Stallion is an example of how a business can succeed in Africa in a highly ethical and compliant manner." But while Africa remains a key concern for Stallion, Vaswani says that the Middle East is also in the company's sights for further growth. "We aim to consolidate our presence in sub-Saharan Africa, and enhance our presence in Turkey and the GCC, UAE specifically within the GCC ," he says. "In Dubai, we are establishing an Africa-specialist organization that would facilitate trade and investments into this exciting continent. We aim to leverage our years of experience operating in these complex markets, and forge partnerships with renowned global companies to fuel growth."

Vaswani's plans for the future of his business may seem rather expansive for all of you smaller-scale entities out there- but the methodologies he uses to put such strategies together is something that entrepreneurs would be wise to emulate, be it when looking for new market opportunities, or when looking out to raise funds for their respective enterprises. "Any new business or expansion starts with a thorough evaluation of the consumer's needs- tastes, volumes, competition, mega trends that determine future demand for that product or service," Vaswani explains. "Thereafter, we try to create a major entry impact that could put off competition and provide us a major initial push for market share. Forging the right supply/technology associations is another key factor for success, as well as keeping the momentum going throughout until we reach the desired market position. Once we have a workable business plan, typically, it is not too difficult to raise funding internally or externally, given your past track record of success and proven credit worthiness." 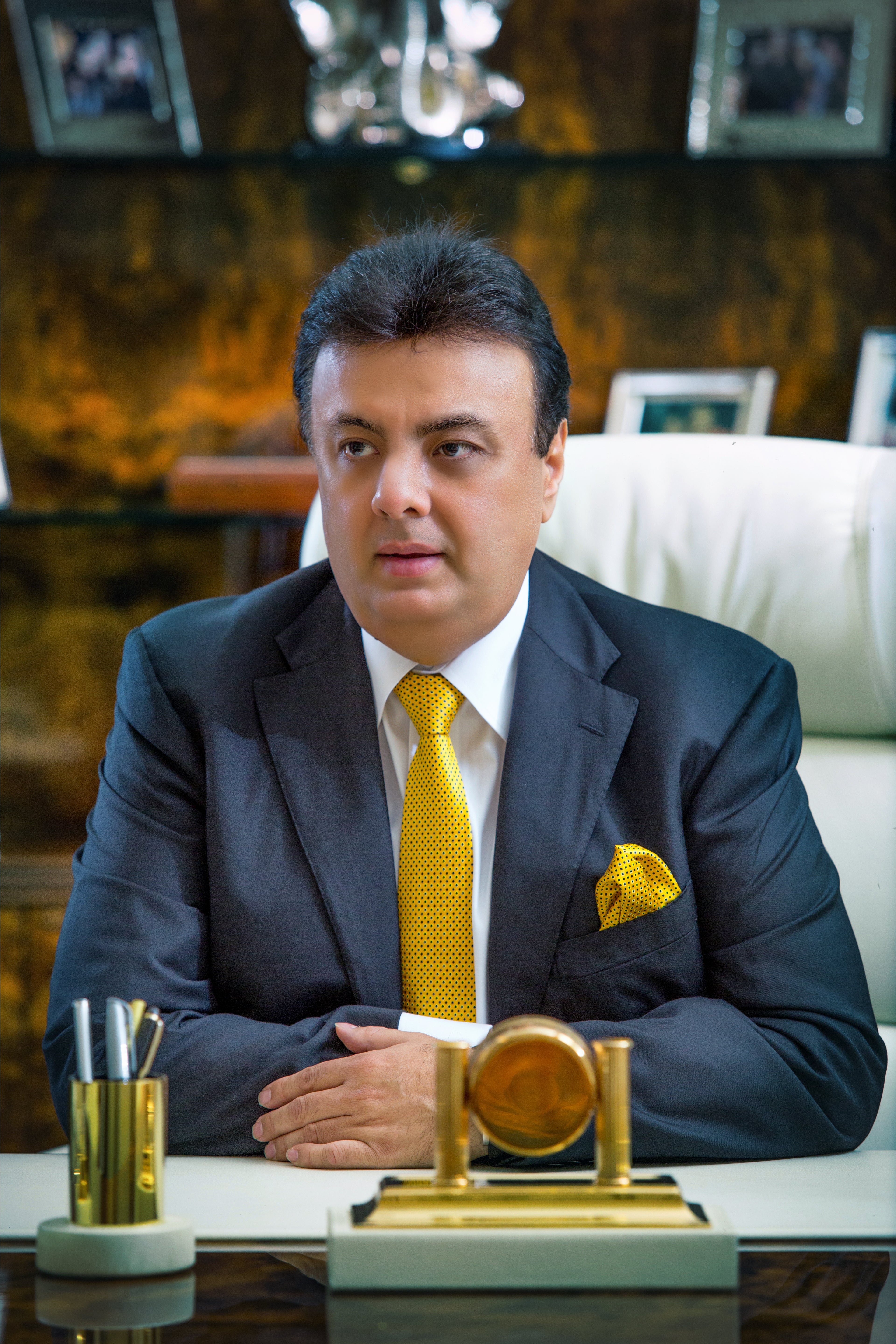 With respect to his leadership style, Vaswani is someone who believes in walking the talk. "I believe a leader should lead by example," he notes. "[A leader should have] clarity in vision and its articulation, building and empowering the right team, [and the] perseverance in taking matters to their logical conclusion." And this is the formula he uses to motivate his employees as well. "I believe the best way to be inspired is by efforts leading to successful conclusions, on a sustained basis," he explains. Of course, given the sheer scale of the business he runs, Vaswani is also quick to emphasize the importance of delegating tasks- and this is something that should be kept in mind by entrepreneurs who, when starting up their enterprises, often try to do everything by themselves. "Stallion Group, having evolved into a fledgling multi-business conglomerate, is being managed by professionals with defined authorities and responsibilities," he reveals. "My involvement is predominantly at a strategic level, leading the group management team and not on the day-to-day activities. However, I get informed on the key parameters that govern the performance of our businesses. Our leadership team ensures the compliance with board directives and objectives."

Given his own entrepreneurial chops, Vaswani seemed especially eager to encourage anyone who wanted to follow in his footsteps in the world of business. In terms of advice for entrepreneurs, Vaswani was rather concise- but his pointers are pretty clear too: "Articulate your vision, plan well and pursue your ambitions with wholehearted effort- anything is possible." And what about hurdles that might come along the way when pursuing one's goals? "I have considered failures as opportunities to learn," Vaswani replies. "Of course, you do your best to avoid them, but the absorption of a failure with a positive learning spirit could add immense value to your future capabilities." In fact, according to Vaswani, such "failures" are often where new prospects for business come up. "I have seen challenges and problems often opening up new avenues of opportunities and uncharted territories," he says. "You just need to be alert to spot them."