The speakers at the first Dtec Forum walked businesses through the intricacies of media trends in the MENA region.

At Entrepreneur Middle East, we have always said that we are here to support the startup community, but we don't want to be just another journalistic venture solely reporting trends and featuring trendsetters- but to also go the extra mile. In that spirit, we recently partnered with the Dubai Technology and Entrepreneurship Centre to kickstart a series of four events to be held this year under the banner of Dtec Forum, powered by Entrepreneur Middle East.

The first event was held under the theme "From Startups To Business Giants: Driving Your Business Strategy With Communications And PR," and packed in individual talks, interactive Q&A sessions, and an insightful panel discussion. The forum featured Sunil John, President, Middle East and founder of ASDA'A BCW, Anna Roberts, communication strategist and radio and TV presenter, and Zohare Haider, founder, Digital Street.

The event was opened with a keynote by Hans Henrik Christensen, Vice President, Dubai Silicon Oasis Authority, who announced that a new 5,600 sq. m. DTEC Innovation Space would be completed in the very near future. 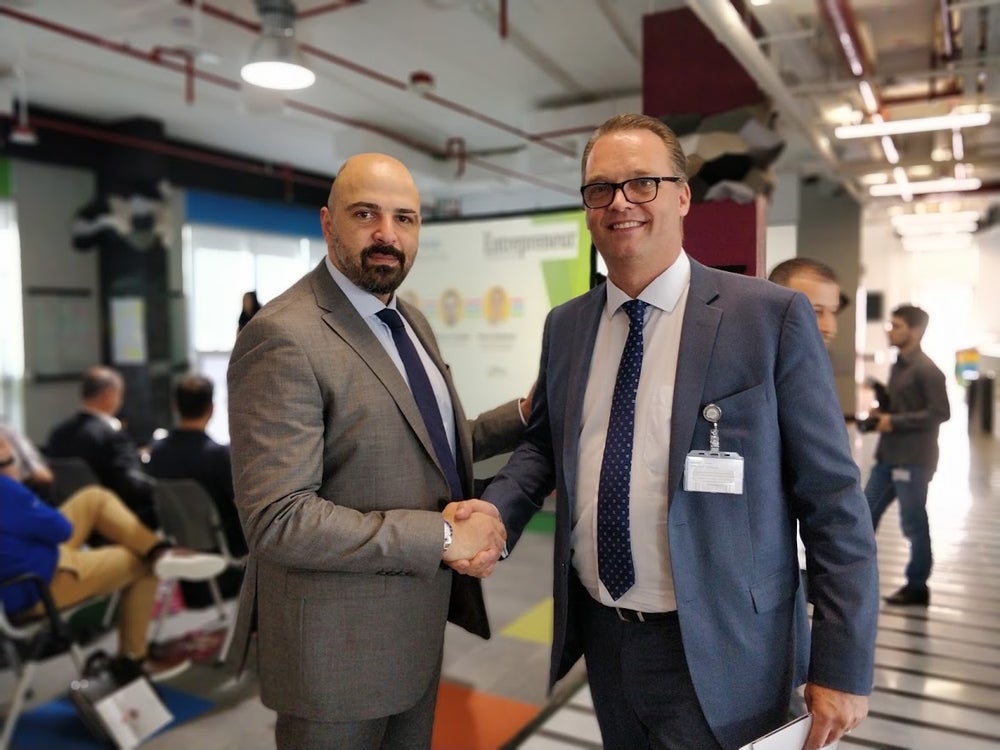 The agenda for the first Dtec Forum was to walk businesses through the intricacies of media trends in the MENA region, because gone are the days when the nuances of content marketing were like a trade secret; an art exclusively wielded and brandished by media professionals. Today's business scenario has compelled everyone to write, and it matters even more how and what they write- be it a vision statement on a company website, a press release, a social media post, or their corporate e-mail communications. Within all of this, it is not just that differentiating yourself from competitors can be a hard task to master, but differentiating content across your own social media platforms can be equally perplexing.

In his presentation "Crafting A Master Narrative For Your Business', Sunil John highlighted how important it is for businesses to build lasting relationships with the public, share their backstory, understand the stakes and pay-offs, and finally, narrate their future promise. "When I started ASDA'A BCW twenty years ago, I was the poor cousin of advertising. I was an afterthought," he said. "Advertising professionals would show stunning their visuals, and if you were lucky, the client would eventually remember that there was a PR person sitting in the room as well, and you had just five minutes to convince them that you could write a press release and maybe, make them famous." Reflecting on the vision of his business to be a "for the region, by the region" brand, he proved it both metaphorically and literally- in a media market dominated by native English speakers, he dared to hire local Arab talent, trained fresh-out-of-college graduates, and created an in-house school of public relations. 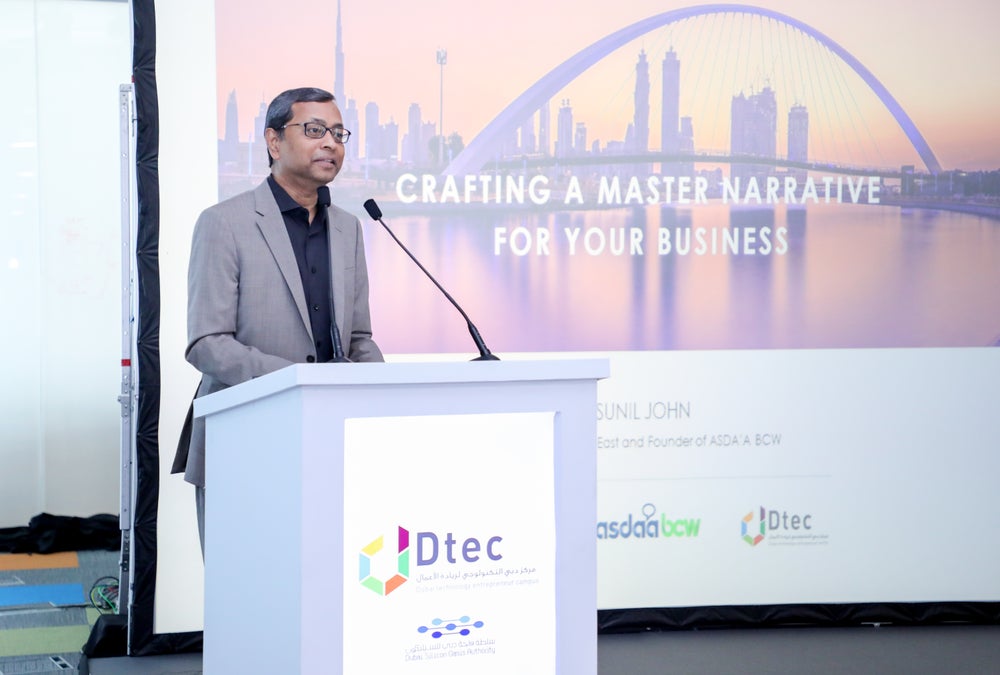 One of the greatest takeaways from John's speech was that media and PR are not about poaching someone else's clients but about creating a new market which doesn't exist. In that way, some decades ago, John created one for his young company– he had to convince the UAE's traditional private-owned and government organizations that the country's residents needed to hear their backstory. "As they say, if you don't tell your story, someone else will and you won't like it the way they do it," John said. "You can continue saying that you are the greatest, but that message loses the sheen too soon. The best entrepreneurs are those that admit they had three big failures, and here they are making a modicum of success in their fourth try, but they aren't giving up."

When asked whether emerging startups should invest in PR or advertising, John said, "How many startups actually focus on their own website? It's your internal PR. That's within your control, and it doesn't cost you anything. Also, use social media wisely. Don't talk to mega-influencers only because they may get you thousands of likes, but how many of their followers are actually going to buy your product? Target micros-influencers, they may reach only 50 people, but they have mastered the art of converting visits to sales.''

The second speaker, Anna Roberts, talked about an issue many entrepreneurs face -having a great idea but not being able to communicate their vision with the world- and advised our audience on how to master the art of persuasion. Using the Uber-Careem acquisition as an example, Roberts said, "Just reporting doesn't help a brand at all. You need to think of how people will respond to your news. You need to communicate with each of your stakeholders- customers, investors and government officials in different ways as that is what builds loyalty." Dissecting the anatomy of a press release, Roberts compelled the audience to identify the subtle nuances of how Careem communicated their message about the recent acquisition by Uber to the public: from newsletters sent out as emails to tweets and app notifications.

On the topic of owning up mistakes, Roberts analyzed an issue KFC faced last year in February 2018 when they ran out of chicken, and had to close stores all over the UK, and later on, sent out a cheeky advertisement as an apology. "These headlines were a nightmare for KFC, but news agencies can't just take down a story," Roberts said. "However, KFC understood that their target audience were millennials, and a sorry had to be said in that way, so that ad was smart PR." Anna advised that businesses should not just tell their backstory, but should muster the courage to take responsibility for their mistakes, and explain what they were doing about the situation, However, she stated that this was still too rare to see among businesses. 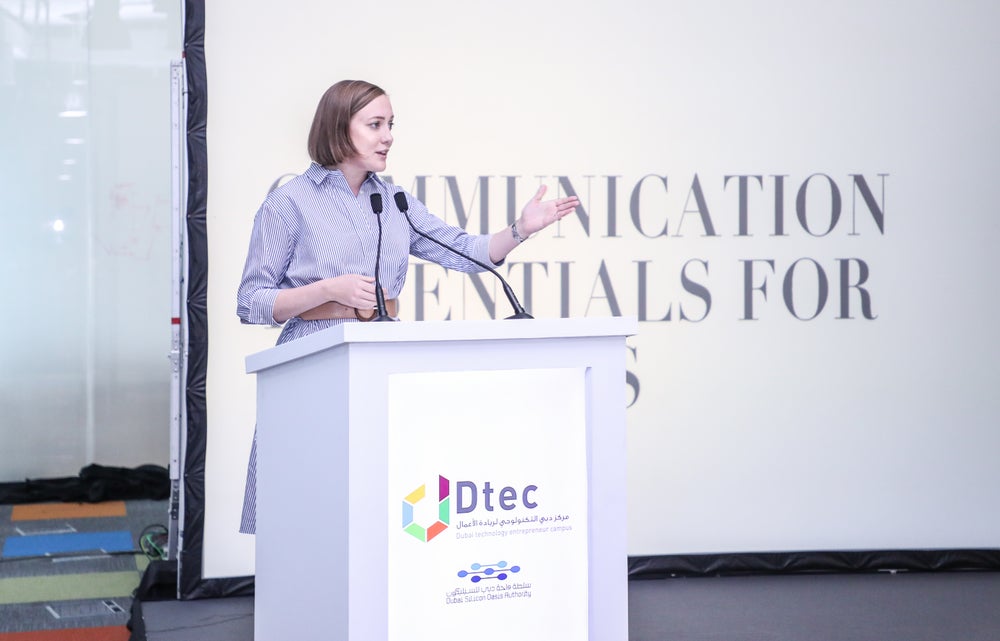 Resonating strategies of smart PR in the local news, Roberts gave due credit to how Dubai-born brand Freedom Pizza boldly handled their termination with a famous franchise and rebranded themselves, taking pride in calling themselves locally-owned, despite the maddening competition in the F&B industry from international big players. When asked about how many founders should be presented as the face of the company, she said, "If all of you want to be at the media front, it's perfectly fine. But, if all of you hate interviews and hard talk, you will lose the audience. Start with where and what you can do best. One of you may be the writer, the other may be more confident with speaking, then own that space. You all don't need to be on the camera if you don't want to or can't be initially."

The ensuing panel discussion, featuring John, Roberts, and Haider, centered around how one should draw a line between over-communicating a brand message and a low PR and social media influence. John said, "Good PR can do great work, it is the one that goes beneath the skin of the brand, but bad PR can be disastrous. If someone doesn't have passion for your brand's message, just cut it off." Haider added, "One of the questions that SMEs have is how they should do PR, because they are tight on budget. Well, if you have the expertise in-house, go ahead with it. Or else, look for an agency. But, always look for advice. The choices you make in developing your narrative matter. The future already starts today. You can't undo something." He made a striking analogy that both external and internal forces balanced an airplane, comparing it to the need for a strong internal PR as much as having an external one. 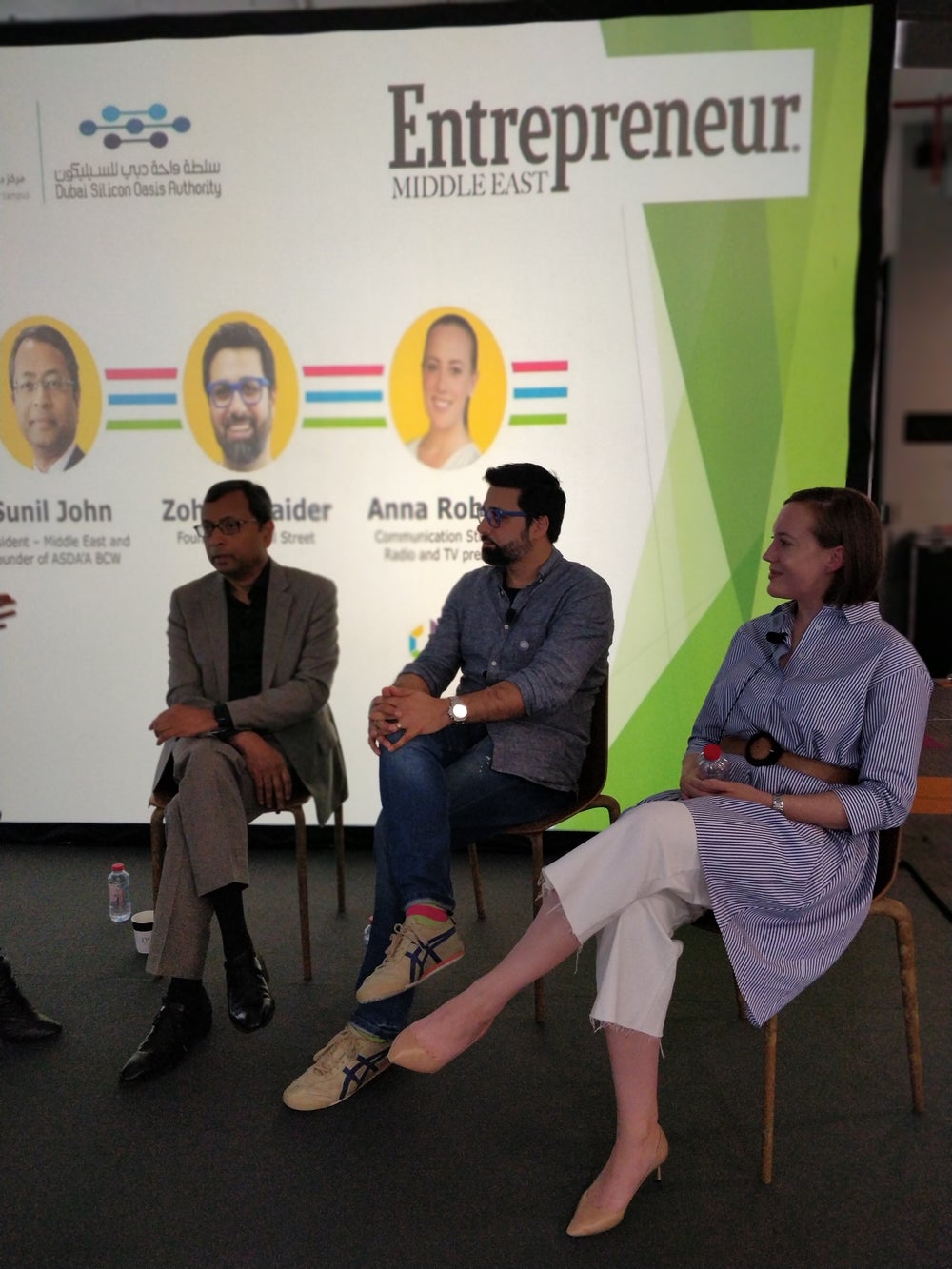 Stay tuned for more details about our next Dtec Forum in June.

Sidra Raihan is a student at BITS Pilani, Dubai Campus. A passionate writer who has been involved in organizing Techstars Startup Weekend Dubai events, she enjoys reporting on entrepreneurship stories.

H.H. Sheikh Mohammed Bin Rashid Al Maktoum Launches The Invest In Dubai Platform To Make Dubai "The Best And Easiest City To Invest And Do Business"

The "Invest in Dubai" platform was developed by Smart Dubai and the Dubai Department of Economic Development, under the supervision of the General Secretariat of The Executive Council of Dubai.