Want to Build A Franchise Empire? Do It Brand By Brand.

Paul Flick wants to serve a homeowner's every need -- which is why his company Premium Service Brands is always expanding.

By Stephanie Schomer
June 3, 2019
This story appears in the June 2019 issue of Entrepreneur. Subscribe »

When Paul Flick launched his company 360° Painting, in 2006, he didn't consider himself to be in the housepainting business. He just saw it as the first step into the $450 billion home maintenance and repair industry. Flick wanted to build a trusted, holistic solution that would help people solve any problem they might encounter as homeowners -- and to accomplish that, he spent the next 13 years developing a portfolio of home-care brands. Now his original business lives along with three others (providing handyman, garage door, and maid services) under the umbrella of Premium Service Brands, with 187 locations throughout North America and more than $60 million in annual sales. What's next? Flick says he'll keep growing his Charlottesville, Va.–based operation until he can truly deliver a one-stop solution to his customers -- and franchisees.

You launched this brand back in 2006. What was your original vision?

I wanted to have multiple home-service franchise offerings, all serving and leveraging the same end user. The same person who's going to hire someone to paint their house will also need someone to clean their home, and to do handyman stuff and fix their garage door. How can I deliver the best service to them by creating multiple revenue streams?

That's a big vision. Did you launch multiple brands at once?

We launched one, 360° Painting, and built slowly from there. In 2009 we introduced Handyman Pro, and in 2015 it was Pro-Lift Doors. In 2018 we acquired Maid Right. But 360 is where I cut my teeth, and the mistakes I made -- whether in software or marketing or training -- ­helped me learn what to do or not do as I built the other brands. 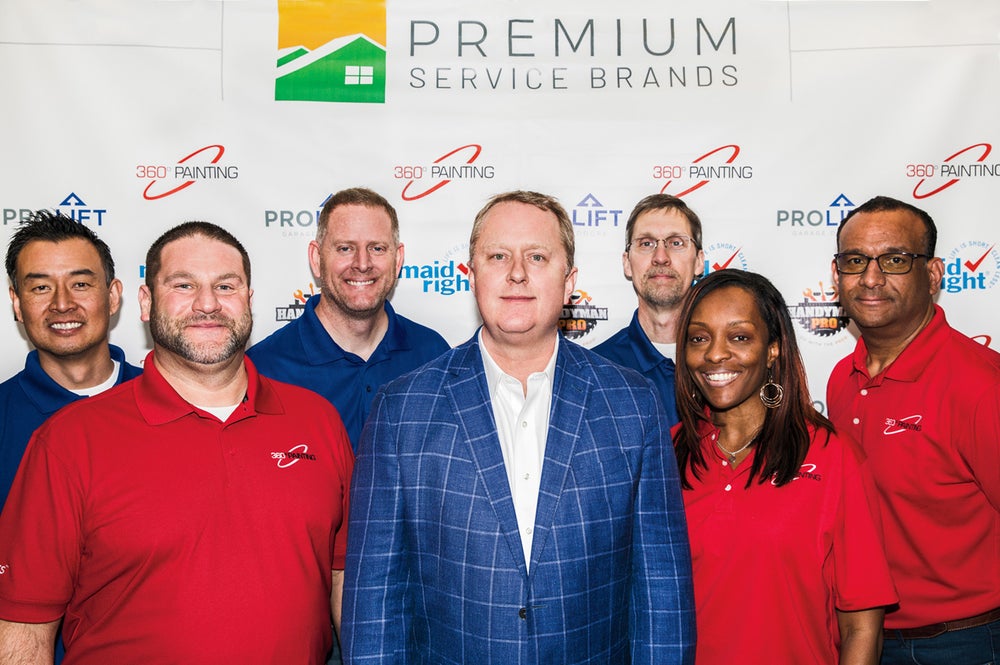 How do you keep your franchisees in the loop as you launch or acquire new brands?

Full transparency. We send a monthly newsletter and hold quarterly calls, like a State of the Union, so they can ask questions. They're never surprised. When we acquired Maid Right, we shared the vision and how they could leverage that at the local level. Ultimately it helped us scale faster and provide more training and support.

Related: For Struggling Startups, Retirees Are Coming to the Rescue

Do most of your franchisees take on multiple brands with you right out the gate?

We don't like our franchise partners to take on multiple brands right away. We want them to focus on one brand, be successful, and spend maybe 18 to 24 months scaling that business before they think about expanding. But they know the opportunity is there, and they know it coming in. When they're ready to expand, they come to us. And of course, not everyone wants to take on multiple brands, and that's OK, too. We have a 360° Painting partner in Atlanta who, instead of opening another brand when he was ready to grow, simply bought another territory with 360.

What kind of day-to-day support does Premium Service Brands provide to franchisees?

In addition to being assigned a franchise coach and a brand ambassador to help them with operations and marketing initiatives, respectively, we have a platform called Connected that we just released where they can track all their estimates, lead sourcing, understand their average job size, keep schedules. It's a fully integrated end-to-end platform, whereas before they were piecing together various software programs. But now they have access to their P&L in real time.