At the NewFronts, 34 Digital Media Giants Divulge Plans for the Future of Online Video

Standing onstage in front of 2,400 digital advertising executives last month in New York City, one of the world's most influential YouTubers delivered an impassioned pitch for the platform that veered into indignant castigation.

"I'm not here to educate you, or kiss up to you," said 37-year-old John Green, the vlogger and author of The Fault in Our Stars. "I'm here to scare you."

While a rapidly swelling $6 billion was spent on online video advertising in 2014, executives still undervalue the homespun content that thrives on YouTube, Green chided. Because advertisers prefer to allot their budgets towards polished, professional-looking web content, many of YouTube's self-made stars -- its style gurus, gamers, sketch comedians and vloggers -- have had to resort to more entrepreneurial means of making a living.

"They're doing live events and publishing books; they're crowd-funding and producing albums and getting grants from nonprofit organizations," Green said. "And they're thriving." 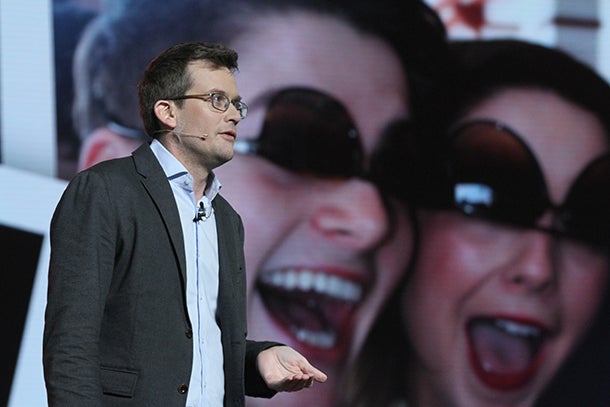 Ironically, Green's taunt to advertisers served as a kind of watershed moment during the 2015 Digital Content NewFronts, an annual event in New York City where the world's biggest digital video companies host flashy, stat-packed presentations -- whose very purpose is to sell ads.

Related: More Than Tween Stars: How YouTube Is Steering Brands Into the Future

The NewFronts have been presented by the Interactive Advertising Bureau (IAB) for the past three years, but the event touted an unprecedented visibility this year with 34 total media companies participating, including YouTube networks such as Maker and Fullscreen, viral media startup Buzzfeed and The New York Times.

At YouTube's event, CEO Susan Wojcicki boasted that the platform reaches more 18- to 49-year-olds on mobile than any cable network. And audiences are uniquely engaged, added YouTube star Grace Helbig, the event's host, in a pointed jab at Facebook's autoplay feature. "They're not just passively seeing [content] as they scroll by."

On this, its 10th birthday, the Google-owned behemoth also said it was stepping up to support creators in new ways. Joey Graceffa is one of four digital stars who will headline an original series funded entirely by YouTube. Graceffa, an aspiring actor with 4.6 million subscribers, describes the show as a murder mystery in the vein of the board game Clue.

"So many of us have felt lost in a career where we have been supporting ourselves on this platform that mysteriously gives you money without having a boss," Graceffa, who started his channel in 2009, told Entrepreneur. "So I think it's awesome that YouTube has made an effort to be more engaged with creators."

If championing a new wave of entertainers was a running theme at YouTube, Yahoo's NewFront presentation glistened with a distinct Hollywood polish. With a purple carpet unfurled outside of Lincoln Center, and fountains illuminated to match, the company unveiled 18 new shows at a celeb-packed presentation featuring Simon Cowell, Naomi Campbell and Joel McHale. 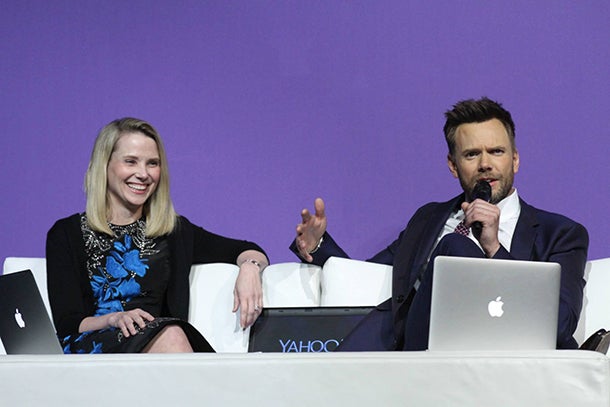 Among the series announced were an American Idol-ish competition show for DJs and an original sitcom entitled The Pursuit that Yahoo executives incessantly compared to Friends.

But as much as established players try to emulate proven hits or rely on Hollywood stars, the kind of content riveting younger audiences today is in a class all its own. Take Buzzfeed and Vice -- both of whom made their NewFront debuts this year, and both of whom have amassed audiences by curating irresistibly clicky videos that feel uniquely engineered to millennial tastebuds.

Related: Shane Smith Wants to Be the Rupert Murdoch of His Generation

Thanks to clips like The Most Trivial Mind Blowing Things You Never Thought Of Before and 19 Badass Cats You Won't Believe Are Real, Buzzfeed now delivers 1 billion video views per month across 20 total video platforms, executives said. Vice, too, with its gritty, gonzo-style reports about drugs, The Islamic State and eye-popping underground subcultures, has emerged as a radically different breed of programmer among the highly-coveted 18 to 34 year old demographic. 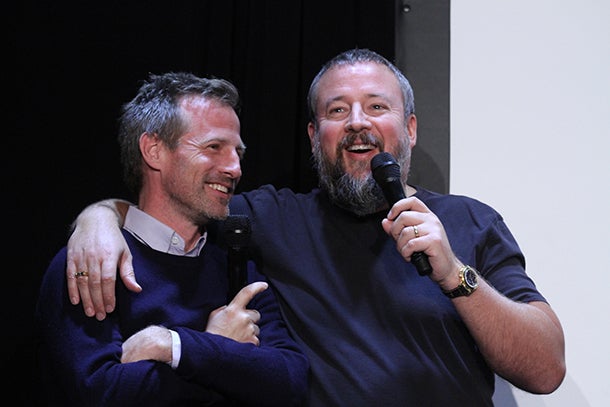 Now, in what feels like a bit of a full-circle moment, Buzzfeed and Vice are exploring traditional forms of content creation. Having launched Buzzfeed Motion Pictures last year, Buzzfeed previewed its first feature-length documentary at the NewFronts entitled "Brother Orange," about a staff writer who becomes a celebrity in China after his iPhone is stolen from a Manhattan bar.

And though Vice has been on television with HBO since 2013, it is widely rumored that the Brooklyn-based media giant will launch its own cable channel alongside A+E Networks this fall.

Of course, elevating viral content into the mainstream has long been the dominion of YouTube's MCNs, or multi-channel networks, which broker sponsorship deals and act as talent managers for web-bred celebrities.

At its NewFront presentation, Fullscreen -- one of the world's biggest MCNs -- previewed several feature films, including a documentary about the disbanded YouTube boyband O2L, as well as a coming-of-age drama called "The Outfield" starring Viners Nash Grier and Cameron Dallas.

The explosive popularity of Vine stars Grier and Dallas proves that this generation's celebrities aren't emerging from YouTube alone. In fact, Fullscreen says it now services creators across Facebook, Twitter, Instagram and Snapchat as well.

But where should audiences and brands be looking next? The future can be hard to glimpse in an industry that's moving at lightning speeds.

In terms of tech, for instance, The New York Times announced it is experimenting with virtual reality technology at its NewFront presentation. And in terms of platforms, the buzz surrounding live-streaming apps Meerkat and Periscope -- which allow anyone, anywhere to fire up a broadcast -- seems to typify the continued democratization of our culture of fame.

"If the past decade was about consuming or sharing [content]," Meerkat founder Ben Rubin recently said, "the next decade is going to be about participating in content."