Credit Unions to the Rescue?

Find out how this old-school alternative to traditional banks could be the answer to your credit-crunch blues.

By Gwen Moran
August 20, 2010
Opinions expressed by Entrepreneur contributors are their own. 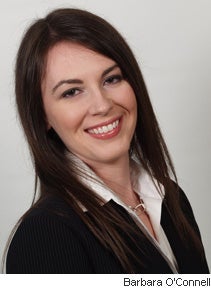 Barbara O'Connell was livid. When the 32-year-old co-founder of WheretoFindCare.com, an Ypsilanti, Mich., health-care information service, opened the mail, she found a letter from Bank of America informing her that the limit on her business credit card had been slashed despite a history of on-time payments. She and her partners, Joey Granz, 31, and Dawn Hall, 44, used that card to purchase and finance office supplies and equipment.

O'Connell was already angry about checking account fees and per-check charges levied by the bank, so she began to look around for other options. She knew of a credit union near her home, so she decided to check that out. It seemed like a perfect fit, and the trio moved their accounts to a local credit union, where O'Connell says they are very happy.

"They have everything we need--business checking and credit card transaction services if we need that. We're working on opening up a credit card with them now," she says.

Credit unions can be a customer-friendly, lower-cost alternative to traditional banks, says Pat Keefe with the National Association of Credit Unions. However, they may not be for everyone, he says. Created by the Federal Credit Union Act in 1934, credit unions are federally chartered, nonprofit cooperative financial institutions that are owned by their members. Membership eligibility is usually based on a common bond. For example, a credit union may serve public employees like police officers, firefighters and teachers, or it may be organized around a particular geographic region. The members of the credit union then pool their assets by depositing them in the credit union to provide loans and other financial services to each other.

Credit union lending to members for business purposes is a fast-growing segment, up 10 percent in 2009, says Keefe. In nearly all cases, the small-business owner must be a credit union member. The average loan size is $220,000. Credit unions are currently limited to lending 12.25 percent of assets; however, recent legislation passed by the House of Representatives and pending in the Senate would increase that limit to 25 percent. Trade group the Credit Union National Association (CUNA) says that increase would pour $10 billion in new loans into small businesses.

Small-business loan consultant Denise Beeson of BaySierra Financial Inc. in Santa Rosa, Calif., says even if they meet eligibility criteria, small-business owners must be clear about the services they'll need from a credit union before closing their accounts at other financial institutions. If you're selling internationally on a regular basis, a credit union may not have the expertise, contacts or services that are necessary to facilitate such transactions.

"If you're going to work with a large bank, they have contacts with other large banks around the world, as well as experience with letters of credit, international transfers of funds, and the like. That could undermine what you're trying to do," Beeson says.

Keefe says that less than half of all credit unions offer specific business checking (41 percent) or premium business checking options (26 percent). Only 9 percent offer more complex services like sweep accounts, while only 11 percent offer account analysis. Keefe says this is an indicator that most credit unions that offer business services are not typically serving large, complex businesses. Beeson adds that businesses needing automated clearing house (ACH) and merchant services should specifically ask about the availability and costs involved, since larger banks may have more sophisticated offerings and be more competitively priced in such areas because of the volume of these types of transactions they handle.

But some offer a full-court press on behalf of their clients. It worked for Tom Hoebbel, and he couldn't be happier. Hoebbel, 46, took his Brooktondale, N.Y., freelance photography business, Thomas Hoebbel Photo-Video, full time in 2001. He decided to work with the local credit union because of its free business checking services, which he estimates save him an average of $15 to $20 per month vs. working with a large bank. In addition, the credit union offered a 12-week business course to its small-business customers, as well as various business-related seminars on topics like online marketing and business plan writing. That course helped him build his business.

However, it was the commitment of his credit union's manager in 2008, when Hoebbel needed a loan to expand his online video services, that most impressed him. His county was offering economic development loans, and Hoebbel needed $25,000 to purchase new equipment and conduct a small marketing campaign. When the county loan commitment dragged on for months, the credit union manager helped Hoebbel apply for and secure an interim Small Business Administration loan until the county loan came through.

"The web-based video stuff was coming really quickly, so I needed the equipment, and people needed to see what I could do. This let me move much more quickly than if I had to wait for the county loan, which ended up taking more than nine months," Hoebbel says.

According to Keefe, that kind of personal service is a definite advantage of credit unions, which typically strive to get to know their members and keep them happy. Another advantage: Credit unions may offer lower rates. Because credit unions exist for the benefit of their members, they don't have the same profit motivation that can sometimes drive rates higher at other financial institutions, says Keefe.

Those lower rates may also have something to do with the typically stringent lending standards. Keefe says that credit unions, as cooperatives, are very concerned about limiting risk to their member-owned institutions. As a result, particularly when it comes to business loans, credit unions are careful lenders and have rigorous underwriting standards. And such vigilance seems to pay off: In 2009, credit unions had a much lower rate of charge-offs in business loans than banks: 0.59 percent vs. 2.36 percent, according to Keefe. However, because they are member-owned, credit unions respond to the needs of their constituents. A recent CUNA survey found that the top three reasons for credit unions getting involved in business lending were to offer more services to members (57 percent), as a result of interest from members (54 percent) and to stimulate loan growth (48 percent).