You may be SOLO, but you don't have to be alone.

November 11, 2019
Opinions expressed by Entrepreneur contributors are their own.

March 27, 2018, is a day Trevor Turnbull and his wife, Sharmila, will never forget. It's the day their son, Bodhi, was born four months early — and the day they discovered that miracles are possible.

Weighing just 1 pound and 3 ounces, Bodhi was considered a "micro-preemie" — the most extreme category of preterm births — and his chances of survival were less than 35 percent. "Looking at a baby that small, you can't believe he's alive," Turnbull says.

The birth of a child is supposed to elicit joy and happiness, but the Turnbulls felt helpless. They'd been here before, having lost two preterm babies in two years. 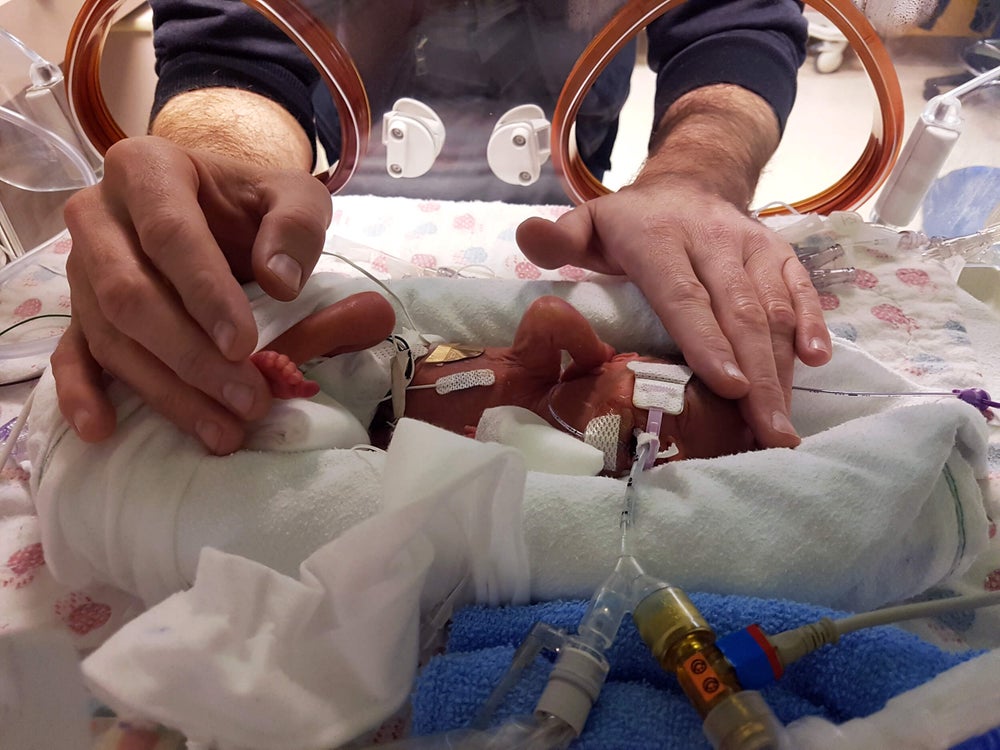 Bodhi spent four harrowing months in intensive care while his parents drove back and forth daily, never knowing what news they would face. With a toddler at home, they seldom slept and barely saw each other. Turnbull's business was also in the midst of a complete overhaul; he'd taken out a six-figure loan to double down on scaling just three weeks before Bodhi's birth.

All this was enough to strain most marriages, but more hardships lay ahead. Fortunately, or unfortunately, Turnbull had plenty of experience with simultaneous challenges in his personal and professional life.

When it rains, it pours.

Turnbull's entrepreneurial journey began in 2007 when he founded a website development agency after being inspired by "The 4-Hour Work Week" and "The E-Myth Revisited." He married his girlfriend of seven years soon after, but the marriage couldn't survive the 16-hour workdays he spent getting the startup off the ground. His wife filed for divorce less than 12 months later.

While troubled by the loss of his marriage, Turnbull still managed to grow his business to six figures. Unfortunately, he accumulated nearly as much debt while trying to stay afloat and had no choice but to shut it down and return to the world of employment. When Turnbull accepted a sales and social media role at a digital agency, he discovered that he was a natural at his new position.

But after the lengthy divorce was finalized, Turnbull needed a change. He left his hometown of Saskatoon, Canada, for Vancouver and quit his agency job to pursue entrepreneurship again. As a college athlete, Turnbull dreamt of playing professional hockey; so he launched Sport-Fan Connect to reconnect with his passion for sports. He also started Social Connect Blueprint, a social media training business.

Turnbull says those ventures were more like hobbies than businesses because he never identified how to monetize them. He soon found himself living at his mother's house in Vancouver while he figured it out. "Sleeping on a blow-up mattress at 34 years old was very humbling," he says. "I was working so hard, but nothing seemed to work. I was drinking myself to sleep because of the overwhelming depression and guilt." 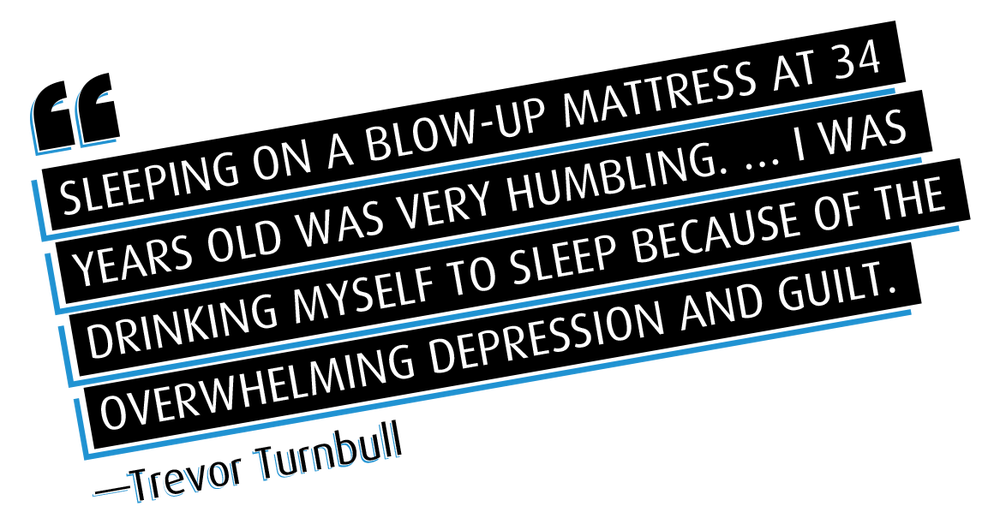 In the summer of 2010, Turnbull hit rock bottom in a grocery store. Looking down at the few essential items in his cart, he thought, "I hope I have enough money to cover this." For a second time, he was forced to get a job; but the hunt was disheartening. One potential employer rejected Turnbull because he didn't wear a suit for the interview, even though he was well dressed and overqualified.

Turnbull was already discouraged when a recruiter stood him up a week later. But the disappointment didn't last long because that recruiter turned out to be his future wife, Sharmila Singh.

Birth of "the LinkedIn Guy.'

When Turnbull and Sharmila finally met, they formed an instant connection. She didn't find him a job, but they became friends. "She slapped a lifetime of victim mentality right out of me and replaced it with the confidence that I can achieve anything I set my mind to," says Turnbull.

How to use LinkedIn to generate sales and grow your online business.

In 2015, Turnbull launched his 30 Day Sales Machine online program to help SOLOpreneurs — those who set up and run their businesses alone — to generate leads through LinkedIn. By 2018, he had created several successful LinkedIn training programs and was finally cash-flow positive. He had reached over 26,000 SOLOpreneurs, earned millions of dollars in sales, and even became known as "the LinkedIn Guy" for his mastery of the platform. But something was still missing.

Disheartened that only a handful of his clients applied their newfound knowledge, Turnbull realized they didn't need more information — they needed transformation.

After years of selling information products, Turnbull transformed his business model to focus on mentoring, group coaching, and done-for-you lead generation. In February 2018, he took out a six-figure loan to join a mentoring program created by fellow entrepreneur Scott Oldford. Turnbull was surrounded by other business founders who also struggled emotionally, even though their companies earned six to eight figures. For the first time in 12 years of entrepreneurship, he finally felt normal.

However, amidst that momentum, Bodhi was born. "I could have easily quit, asked for a refund from the mentoring program, and pursued a job again," he says. But he was determined to continue building a business that would support his family through the difficult months that followed.

Turnbull shares that his wife added to the pressure by giving him three months to "make it work." Once again, he was working 16-hour days and wasn't "present" with his family. "It didn't matter how well the business was doing," Turnbull recalls, "I couldn't emotionally connect with my wife because I was so preoccupied with the business. Looking back, I realize the pressure she put on me was a cry for help, asking me to be more present."

His Expert Selling Machine mentoring program sold $50,000 the first month, then zero the next as he supported his new members, and sales continued to be inconsistent. But as profits slowly grew, so did his team — and expenses. Turnbull was forced to check his ego and lean on Sharmila.

To develop a greater sense of connection and intimacy, Turnbull and his wife also sought mentorship from the transformational coach Dr. Nima Rahmany through his weekend workshop, The Overview Experience.

"As soon as I showed up for Sharmila emotionally and started being present, she began paying attention to the business and got excited by what we were creating. Then she got actively involved, which is when the business started turning around."

The moment of enlightenment.

In their book "Rocket Fuel," authors Gino Wickman and Mark C. Winters explain that the "Visionary" entrepreneur needs an "Integrator" to make the business thrive. That's what Turnbull found in his wife.

"Sharmila created systems and procedures around my ideas. Now she even takes my initial sales calls," beams Turnbull, who says that monthly sales have reached consistent growth. "Without her initial pressure, I would have continued to be complacent and inefficient."

With Sharmila involved in the business, the Turnbulls' personal lives are also turning a corner. Bodhi (which means enlightenment in Sanskrit) is healthy and recently took his first steps. He and his brother, Logan, are the motivation Turnbull needed to finally create a sustainable business.

Turnbull admits he still rides emotional ups and downs, with feelings of inadequacy that are characteristic of imposter syndrome often creeping in. "Who am I to be advising others when I've had such struggles?" he asks. But the question reminds him that his familiarity with SOLOpreneurs' challenges is why he's well placed to help solve them.

"As a SOLOpreneur, you struggle with loneliness, technology, and spending time on tasks you should be outsourcing," he says. "Experiencing the self-doubt, limiting beliefs, and fear of repeating past failures that most entrepreneurs face has made me a better coach." He says he's also proof that despite those challenges, it is possible to level up from a SOLOpreneur to the leader of a team that will earn multiple seven figures. 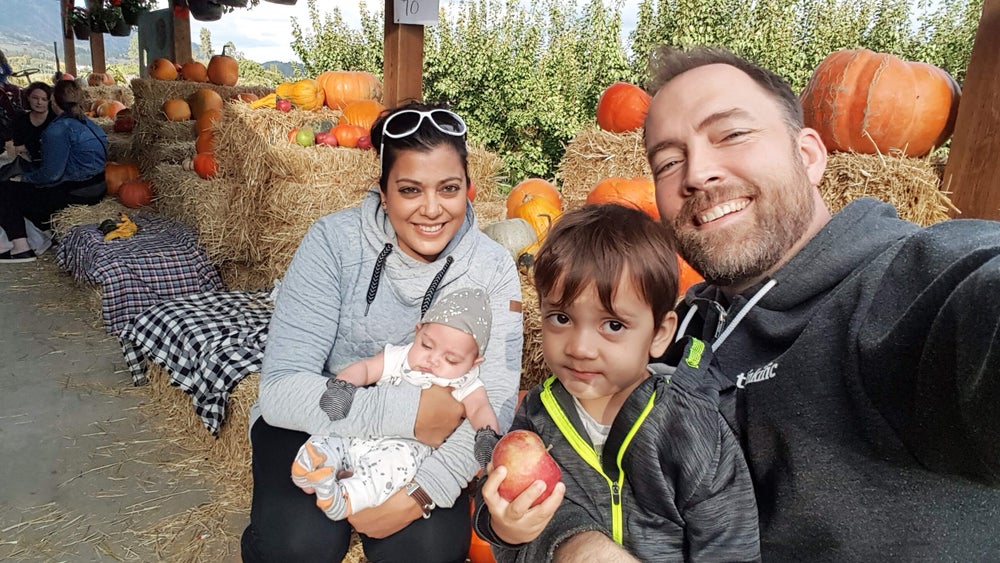 However, the challenges never stop; so daily mindset work is now a core component of Turnbull's program, which used to focus solely on strategic execution.

"Working on your mindset instills self-confidence and helps you shift your focus from impending despair to the possibilities," he says. "Life will throw you unimaginable curveballs, but you will be OK. You just have to choose whether they will tear you down or make you stronger and know that everything is happening for you, not to you."

The entrepreneurial mindset: How to turn your mess into your message.

Turnbull admits that he didn't reach out for help when he was at his lowest. Looking back, he wishes he had. Now community is a foundational principle of his business. "Together with the community we've created, I'm here to help SOLOpreneurs get unstuck. You may be SOLO, but you don't have to be alone."

BlockFi Had 'Significant Exposure' To Embattled FTX. Now, It's Filed For Bankruptcy.