Anthony Casalena says he was dumbfounded when he was younger that kids would have chosen to play in the woods instead of using the Internet.

"Come on, you either play in the woods or have the freaking Internet. It's all information in the world. That's great!" says Casalena, who turns 34 this Sunday, in an interview with Entrepreneur over lunch. "I was almost surprised more people weren't obsessed with that. How do you not take that and think about how incredible that was?"

When Casalena, who grew up in northern Maryland, came of age, so did the Internet. At the turn of the millennium, the man who'd go on to found Squarespace was just starting college. He wanted to build himself a home on the Internet, but in those days, the tools necessary to build a website were rudimentary and fragmented. And that was frustrating. Casalena decided to build a better solution. He created software to bring together and unify all of the disparate tools necessary to build a website under one digital roof.

In April 2003, while Casalena was still a student at the University of Maryland, he started coding the foundation of what would become Squarespace. Today, Squarespace is an online tool for building and publishing websites. It supports more than 1 million websites for businesses, entrepreneurs, creatives and individuals. Despite the company's impressive growth, in those early days, Casalena says he didn't think that he was building a business. He was fixing his own problem. 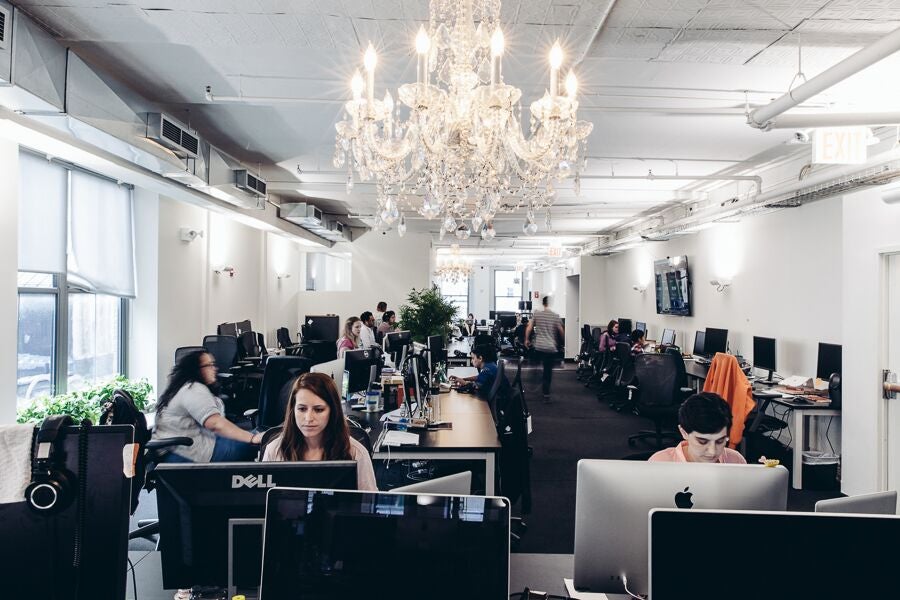 He wasn't the only one trying to build a website in 2003, however. Casalena slowly became aware that the service platform he was building for himself would be useful to other people, too. In January 2004, Casalena launched the first iteration of the tool he built as a service and Squarespace was born.

While still in college, Casalena borrowed $30,000 from his father to buy computer servers to host the Squarespace code. For the first three years, Casalena ran Squarespace alone. He wrote the code, educated and interacted with customers, and managed marketing, if buying $100 worth of Google Adwords can be called "marketing."

By the time Casalena graduated from college, Squarespace was making more than $1 million in revenue. He moved to New York City, where he had the servers installed, and over the next few years, Casalena grew the business and the team to include about 30 employees. In those first few years out of college, Casalena and two other team members rewrote the code, improving the college-dorm room version and making it scaleable.

Related: Squarespace Is Going All in With a Super Bowl Ad Starring Keegan-Michael Key and Jordan Peele

Squarespace walks customers through every stage of the process from layout design to search optimization strategy, ecommerce features and post launch website analytics resources. In case the online instruction leave a customer feeling confused, however, live Squarespace support is available 24-7. To provide live support around the clock, Squarespace opened offices in Dublin, Ireland and Portland, Ore., in addition to the New York City headquarters. About two-thirds of the current employees at Squarespace are devoted to customer support.

Growth at Squarespace hasn't slowed. In 2015, revenues topped $100 million. There are 550 employees working at the private company.

As it grows, Squarespace continues to bolster its suite of website building and hosting services. As of Friday, Squarespace is now a marketplace for domains. Internet domains are the identifying string of letters in characters in the browser bar of a website. For example, "www.entrepreneur.com" is an Internet domain. The new domain service pits Squarespace directly against GoDaddy, the behemoth in the space, rather awkwardly as infamous for its Superbowl commercial lineup as it is famous for being the go-to place to buy a website domain.

"GoDaddy has been around for a very long time," says Casalena in a nod to his biggest competition in this new territory. "When we were launching and it was just me, they had Super Bowl ads going. So they have a big head start on us in the domain space."

Indeed. GoDaddy is market leader. It's the big box retailer of domain names. "GoDaddy has faced a lack of serious competition in this space. The fact that you can't think of another place to get a domain is weird, right?" says Casalena, as I rack my brain trying to think of other GoDaddy competitors.

To be sure, Squarespace isn't going to beat GoDaddy on price. Domains on Squarespace start at $20 a year. GoDaddy offers domains for as little as 99 cents.

Instead, Squarespace bets it will lure customers who have already built websites on the Squarespace platform already and are charmed by the convenience of being able to buy a domain name within the platform. Also, Squarespace charges a premium for beauty.

The Squarespace and GoDaddy homepages themselves are indicative of the differences in the brands. Squarespace's homepage features a rotating slideshow of glamour shots of artisanal grilled cheese sandwiches, haute-hipster slate gray manicured fingernails typing on a MacBook and a close up of paint being applied to a face. GoDaddy's homepage, to the contrary, features utilitarian type advertising bargain basement domain prices and an orange banner bar advertising even further deep discounts.

"We want to help you with your image as much as we just want you to be online," says Casalena. Building a product that works and looks beautiful is the baseline. "The other side of design that gets lumped in with that that I actually think is very important to us is an element of fashion, which is helping people present their ideas in a way that helps them look better or makes them feel more comfortable."