Daniel Nicholson took over as CEO of Nadamoo after the company's founder stepped away from the business.

After Daniel Nicholson tasted coconut-milk-based ice cream Nadamoo for the first time in 2008, he wanted to get involved with the startup.

"I was just absolutely blown away that it was a product without any dairy," he says. "This was my opportunity to just jump in head first to something and start getting my hands dirty."

First, he introduced Nadamoo to his family, who were so impressed with the product and branding that they invested in the company. He then convinced the company's founder to let him become its comptroller. Three years later, the founder decided to step away from the business, leading the then 27-year-old Nicholson to assume the role of the company's president and CEO.

"Whether because [my family] had an inherent belief in me or just believed deeply in the products and in its ability to succeed in the marketplace," he says, "I don't know."

Nadamoo has grew steadily since, with its products now available in about 4,500 stores, including Whole Foods, Sprouts, Albertsons-Safeway and soon, Stop & Shop. It saw about 95 percent year-over-year growth in 2017, with retail sales of approximately $12 million, according to the company, and estimates similar growth this year.

Nadamoo is part of a growing trend of dairy-free alternatives, which most notably includes an explosion of "milk" made with nuts, seeds or grains. The global dairy alternatives market is projected to reach $14.36 billion by 2022, according to market research firm Reportlinker. 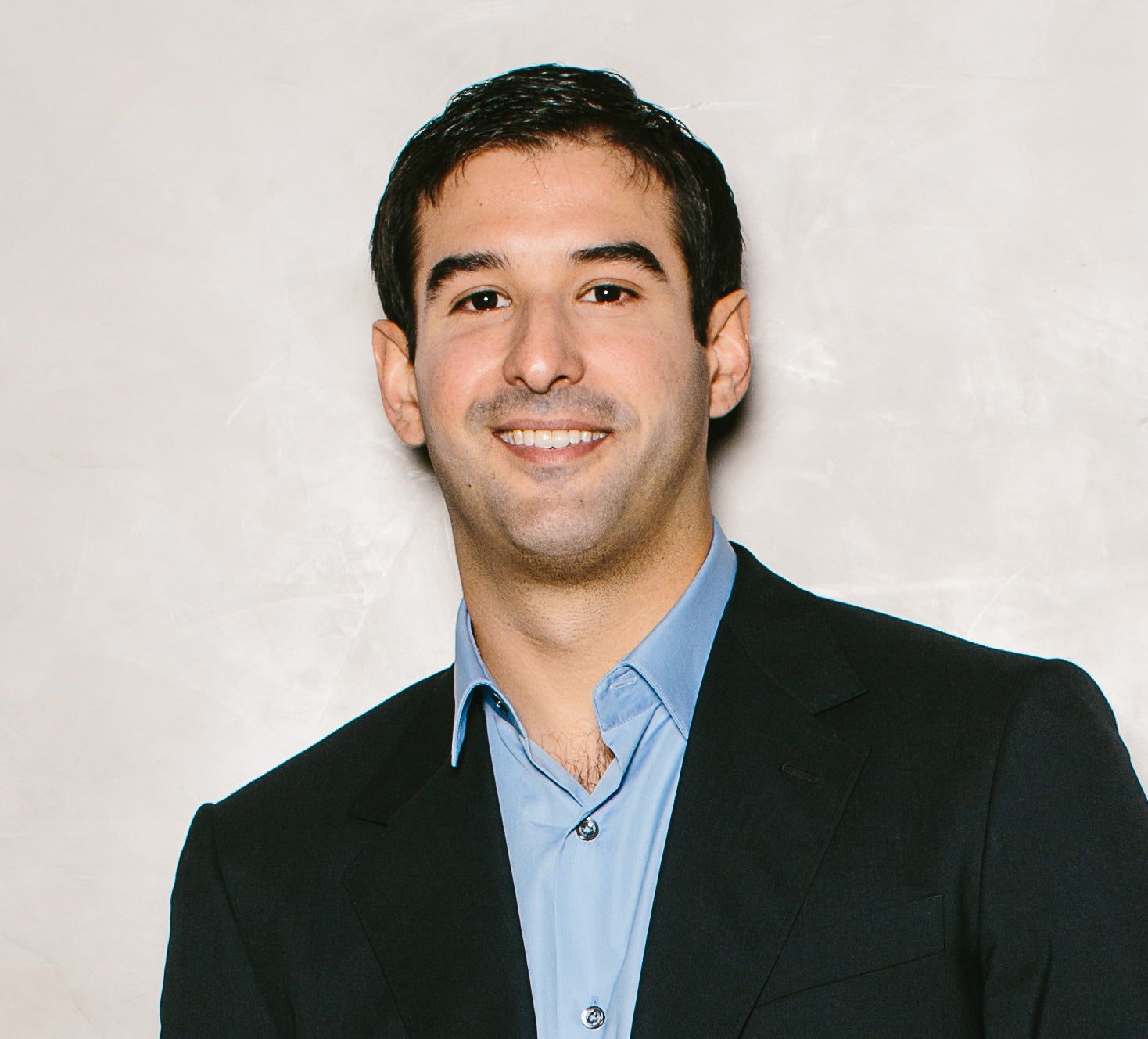 Entrepreneur spoke with Nicholson about Nadamoo's growth, marketing and leadership.

Was it tough to take over the business after the founder stepped away?

I essentially was the one who was running the nuts and bolts of the everyday operation. [The founder] created this wonderful recipe that we all loved and believed in. I basically saw her role in the big picture as she created the recipe. It is the IP of the company that we are now investors in.

I said to myself, if you do decide to keep this thing going, realize that you're going to be diving even deeper. You better be able to connect at an even deeper level with this product and brand. Because at the end of the day you're going to need something to sustain your work ethic and your passion behind this product.

How did the company land its first big distribution deal?

It's 2015, my wife is our VP of sales, and we are actually off in Thailand visiting our coconut milk supplier. We had recently finished meeting with the global office of Whole Foods. We knew that there was a chance they would roll it out nationally, but we didn't feel with any level of certainty that it was a done deal.

We were excited about this trip and connecting more deeply with the farmers who are providing us with our key ingredient. We had just checked into a hotel. I remember the moment so vividly. I'm in the shower and I just hear screams coming from the bedroom -- screams of excitement and joy. My wife Kristen shouts out to me that we landed Whole Foods. That was by far and away the big breakthrough moment for us.

How did you get that initial meeting with Whole Foods?

We're based here in Austin. Whole Foods was our first customer in 2005, right after our founder had created the recipe. She was on a mission to gain feedback from the local community on the product. She had a relationship with the founder and owner of a juice shop and asked him if she could [set up a] pop up in the shop and [give] samples of the ice cream. It just so happens that in walks one of the Whole Foods buyers, and he stumbled upon the ice cream. She basically gets a verbal commitment from Whole Foods to buy her product and so she goes to the drawing board and starts figuring out everything she needs to do to put the product in packaging.

We've been able to do a good job on our end to cultivate some of those relationships that ultimately led us to this opportunity where we got in front of a global grocery coordinator.

Related: 6 Factors in Taking Over an Existing Business

What can entrepreneurs can learn from your experience?

One of the things that I've been enamored by in all of this experience is you have to put yourself out there. You can't be timid about cold calling people or cold emailing people and putting yourself in a position to build new relationships and cultivate them. Relationships, at the end of the day, are a huge part of what we do well as a company, because we care about people.

To have a real genuine care -- not just about your product and the ingredients that you're putting into it -- but about people. That can create opportunities for you. You're always living your life with integrity and putting yourself in positions to create and build upon and cultivate these relationships.

The biggest challenge in our industry is the level of money, excitement and energy around this space. I know that sounds strange. The natural foods space was built upon health and wellness and natural ingredients first. Now big money has found out that this is a good place to invest.

There might be more money in this space than is necessary to build this industry in a genuine way. When people are coming into the market even before they have a product with deep pockets and the ability to hire former executives from major Fortune 500 food companies, the challenge is for authentic brands like ours to continue to separate and differentiate ourselves. We need to make sure [this trend is] not moving this natural food industry in a direction that does not serve the consumer as well as it should. 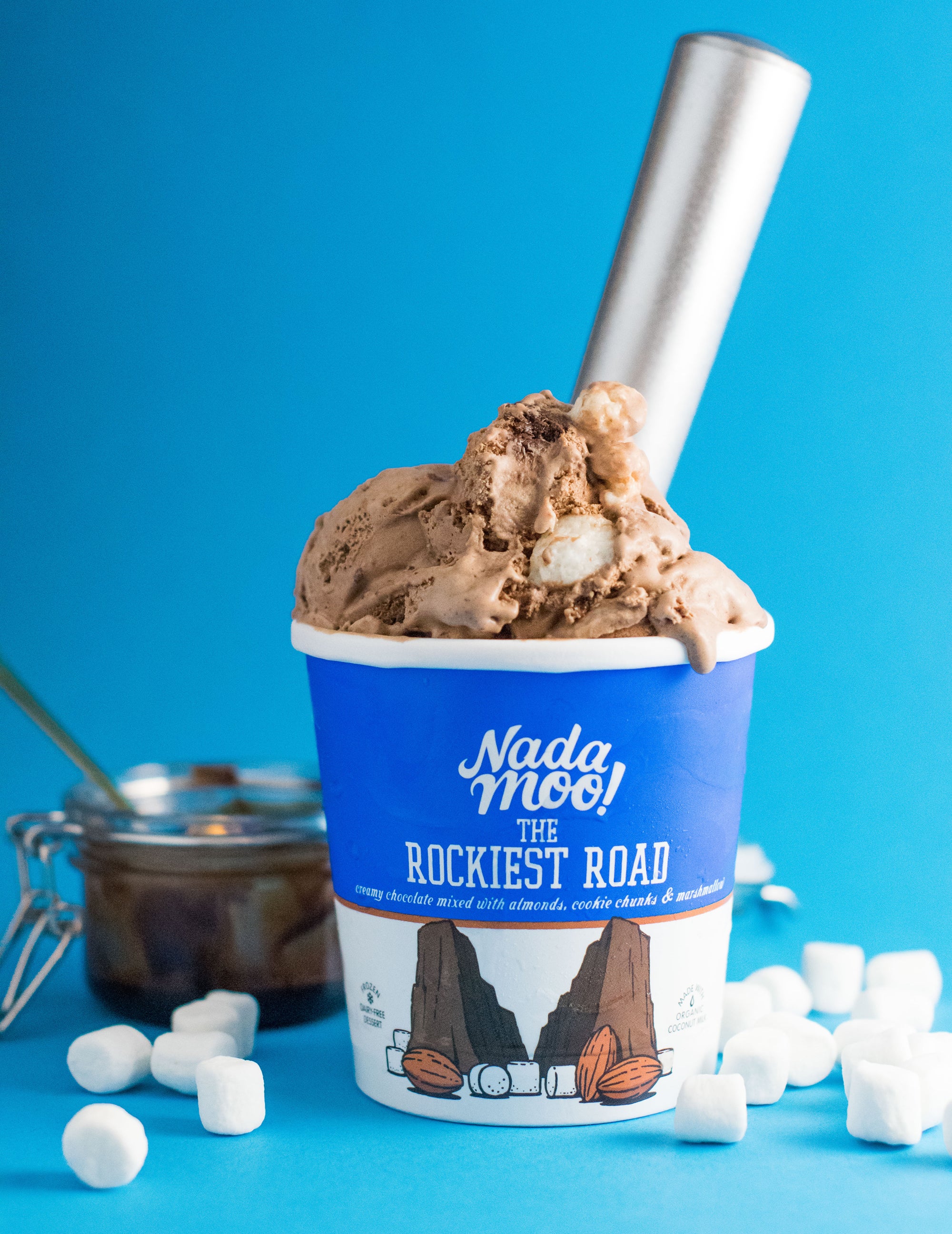 What marketing tactic has been the most effective for the brand and why?

Social media has done an amazing job of leveling the playing field. In 2008, we were just using word of mouth. We were doing demos in stores. We were going at it from a guerrilla marketing angle and building the brand one spoonful or one scoop at a time. We use the same tactics now and amplify what we're doing on social media.

What's the one thing that you would want people to know about the process to create Nadamoo?

How difficult it is. I'm fascinated by the raw material aspect of it. To see something come from a tall palm tree, then additional processing where the coconut is cracked, the outer layer is shaved off, you take the raw white meat of the coconut and process that into milk. It's incredible. We're beginning to approach millions of pounds of coconut milk and all of that starts from these individual coconuts in Southeast Asia. That's just one ingredient from our seven to eight ingredients that go into our base mix for our ice cream.

My three-year plan entails additional market saturation here in the United States, where we're only in roughly 4,500 stores. The total market opportunity in the U.S. is somewhere between 40,000 and 50,000 stores. We want to close that gap. But almost simultaneously we're looking to expand the brand internationally. We've been working on our relationships in Mexico and Canada and even now, out in Asia.

The other thing that we're excited about is the strength of the brand name allowing us to move into different categories. Nadamoo has the potential to be one of the biggest household names as a dairy-free brand. We have plans to focus on some other categories like yogurt, beverage, coffee creamers or cheese.

Did you meet your wife before you started working together?

Yes. I didn't hire her. We dated for about eight months before we decided to make a hard decision. My wife actually had some [consumer packaged goods] experience. She's just a natural salesperson. As we started dating and started getting to know each other, she loved what I was doing with Nadamoo and had a lot of respect and appreciation for it.

At some point as we were dating, my existing VP of sales was going into retirement. She wanted to throw her name in the hat to replace him. Of course, that made for an important conversation with the family, and it made for several important conversations between me and my girlfriend at the time. We ultimately decided to move forward together. It's been nice to share in the building of the company. It's been a great partnership.