Make Sure Your SEO is Wearing a White Hat.

By Mikal E. Belicove
February 17, 2011
Opinions expressed by Entrepreneur contributors are their own. 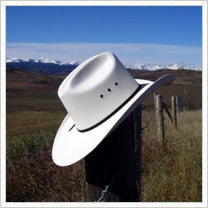 The New York Times piled some fairly harmful media attention on JC Penney over the weekend by questioning how the behemoth U.S. retailer was able to consistently turn up first in line on Google's search results for a large number of seemingly unrelated keywords. From "bedding" to "blue jeans," the JC Penney name popped up as the top spot in Google, which prompted the Times investigation.

What the newspaper suggested was that Penney's was employing "black hat" search engine optimization techniques, which I and others -- including Google -- consider cheating.

I'd be willing to wager that one red flag prompting closer inspection was a Times Google search for the term "Samsonite carry-on luggage" which ranked Penney's website ahead of Samsonite's own home page. How on earth is that possible? The newspaper's research also turned up links to Penney's women's dresses on sites that primarily focused on dogs, disease, diamond-bit drills, online games, travel and snoring.


So how did Penney's accomplish such prime search engine results? In the case of Google, its search engines judge the importance of a website partially by the number of links that come into the site, as well as the quality of those links. In other words, if your motorcycle repair shop has six links coming into it and your competition has 60, the competing business should -- quite logically -- rank higher in Google's search results for the search word "motorcycle."

That holds true for the quality of the link as well. Using the same motorcycle repair shop analogy, if your site has a link from Harley-Davidson and your competitor's link is from Pete's Hog Repair or Sally's Dress Shop, chances are you will rank higher in Google search results.

JC Penney immediately denied knowing about any purported search-ranking shenanigans and, in good Social Media 1A etiquette, promptly fired its third-party search agency. Nonetheless, the Times investigation showed that thousands of Penney's links were found on thousands of websites, many of which had little to do with what's on the racks and aisles of the 1,100 or so JC Penney stores nationwide.

By the same token, Google denied culpability in the Penney's brouhaha, telling the Times its only purpose is to sift through every region of the Internet in its quest to find the most important and relevant websites. And it rejects the notion that a company as large as itself should have been aware of the "black hat" tactics allegedly employed by Penney's.

Black hat methods are considered unethical because they help a website give the impression of inflated importance or relevance for particular searches when, in truth, they may be neither. Using the example of the motorcycle repair shop again, you might approach a holistic medicine provider's website and offer to pay to have that website add a link to your cycle shop. What's the relevance? To you, the repair shop motorhead, it doesn't matter. The fact that there's another link to your shop on the Internet shows that it is just a little bit more important in Google's eyes.

The danger of such black hat tactics is that the folks at Google take this stuff seriously. All search engines should frown upon such schemes as keyword stuffing, hidden text and links, doorway and clocked pages and link farming. And while such tactics are difficult to distinguish, a competitor can unveil them, and the repercussions can be harsh.

When it comes to JC Penney's, Google reacted by instituting what it calls a "manual action," which essentially resulted in demotions aimed at the company. In the case of "Samsonite carry-on luggage," for example, JC Penney's dropped from the No. 1 result to No. 71. In just two hours, mind you.

Just as in old Westerns, the guys in black hats -- even online -- almost always lose.