Taraji P. Henson: Your Mission Must Be Stronger Than Your Fear

The actress and entrepreneur has opened up about her own mental health - and now she's helping others do it, too.

By Robin D. Stone
October 6, 2020
This story appears in the October 2020 issue of Entrepreneur. Subscribe »

"When I'm passionate about something, I get like this," the award-winning actress Taraji P. Henson explains via Zoom from her home in Los Angeles, hands cupped closely around the sides of her stunning face, leaning into the camera, vibrant, fiery red block braids styled atop her head. "I'm laser-­focused until that thing is done."

With a global pandemic disproportionately affecting Black and Brown people, unemployment devastating many households, and anguish and anger reverberating across the country over police brutality and racial injustice, "that thing" for Henson is now improving mental health in Black communities.

Related: 8 Sources of Strength Powerful Enough to Overcome the Fears Holding You Back

In 2018, she started a nonprofit named after her father, the Boris Lawrence Henson Foundation, to erase the stigma around mental health. "[We need to be able to say] "I'm human and right now I'm hurt, I'm afraid, or I can't,' " says Henson, a self-described character actress known best for Fox's Empire and the film Hidden Figures. But when the pandemic took hold, Henson and her team quickly pivoted from raising awareness about mental healthcare to actually facilitating it: The foundation offered to cover the cost of up to five therapy sessions for applicants in need. In June, amid nationwide uprisings following the police killing of George Floyd in Minneapolis, it expanded coverage further. So far, more than 3,000 therapy sessions have been provided to more than 600 people.

This isn't just a social cause for Henson. It's personal, too. 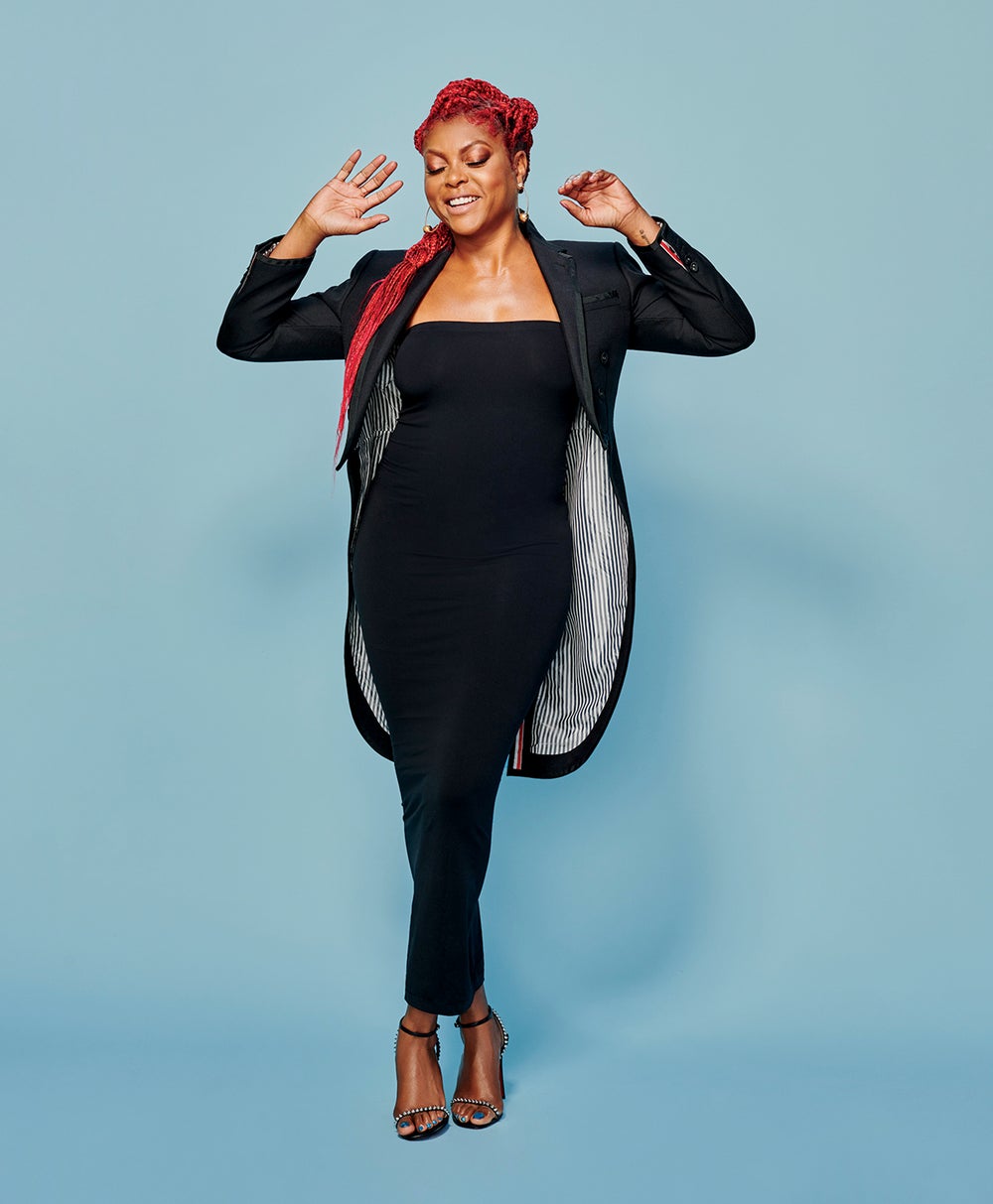 "I created this organization out of necessity," she says. Her father was a Vietnam veteran who struggled with mental illness and died from cancer. In 2003, Henson's son Marcell's father was murdered, and it was then that she began searching for a Black therapist for herself and her son. It felt like "looking for a purple unicorn with a golden horn," she says, because there were few options to get support from someone who looked like her. She knew she wasn't alone; in comparing experiences with friends, they surmised that stigma was part of the challenge to find Black therapists. "For so long, we've had to be strong," she says.

I know this to be true myself. I'm a psychotherapist, and I see how "being strong" leads some African Americans to consider seeking help a sign of moral or spiritual weakness. It's part of our legacy of pushing past pain, which traces its roots to slavery. The solution, then, can't simply be to tell someone to "get help" or to pray more earnestly. It often requires reframing mental illness as similar to physical illness, and then closing the culture and comfort gap with access to therapists of color and those who are culturally sensitive.

Henson was not always so open about her mental health. For much of her life, she was focused on succeeding in spite of fears and naysayers. She was denied admission to the esteemed Duke Ellington School of the Arts in D.C., graduated with a theater degree from Howard University, moved to Los Angeles as a single mom of a young son with $700 and a dream in her late 20s, and for two years worked a string of jobs including substitute teaching. The late director John Singleton cast her in her first major starring role as Yvette in Baby Boy in 2001 at age 31, far older than many people in Hollywood get their start.

Related: "As a Black Female Founder, I Know Times Are Hard. Here's How I Push Forward."

As Henson gained prominence, however, she realized the potential power of her voice. Mental health could be more accessible with a recognizable face — namely her face. But even after she launched her foundation, she was fearful of sharing her own struggles. She tried to put her feelings in perspective. "My "why' was greater than the fear," she says. "I know people needed to hear me say it."

Henson has the phrase the truth tattooed on her left biceps, and they became words to live up to. She had to tell the truth. "First thing was kicking down the door and saying, "Hey, I suffer from this, and it's OK,' " she says. So that's what she did last June, appearing before a Congressional Black Caucus task force on Black youth suicide and mental health.

"I also suffer from depression and anxiety," she told the committee in an emotional testimony. "And if you're a human living in today's world, I don't know how you're not suffering in any way."

Once she did that, she says, "the fear was gone." 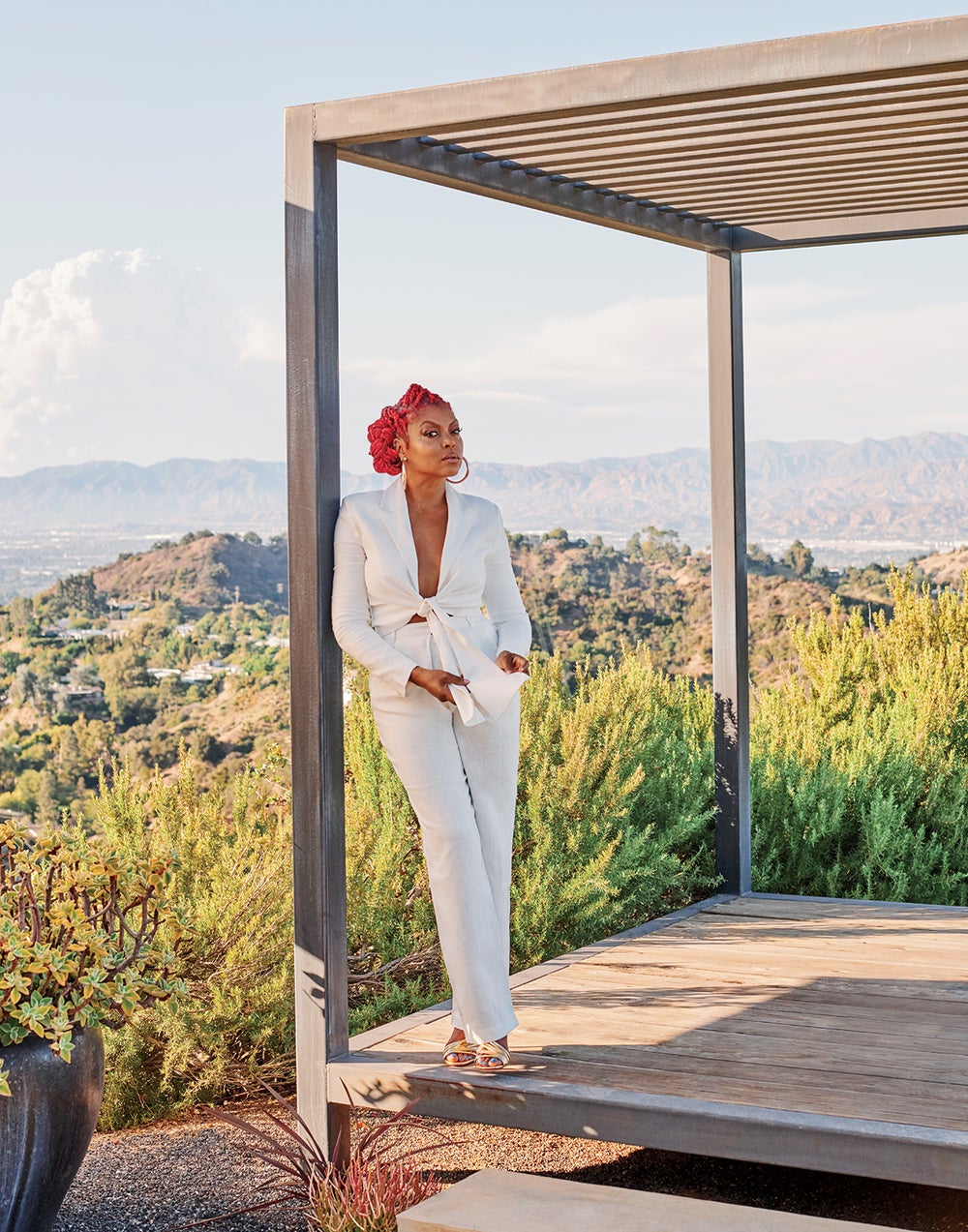 A life without fear is a life of possibility, and Henson's is now ever-expanding. She has a beauty-award-winning TPH by Taraji hair care line, which is sold through Target. Her production company, TPH Entertainment, is developing an Empire spin-off centered on her character, Cookie Lyon. And her foundation continues to grow in strength and mission. Its latest fundraising efforts brought in more than $1 million in cash and $600,000 in in-kind contributions, and it is as focused as ever on increasing access. Forty-five percent of people who signed up for its offer to pay for therapy were getting counseling for the first time, and 95 percent of them identified as African American. Because 90 percent of applicants were women, a third round of funding will target Black men and teens specifically.

These days, she says, she spends as much time in Zoom meetings about her foundation as she does about her acting career. Because the thing that motivates her, she says, is the feeling of giving her all. "Wherever I go, I want to make people feel better and do better," Henson says. "If I'm not having an impact, then what am I doing?"

Check out more stories from our October/November issue's list of 100 Powerful Women.