Successful Martha Stewart disciples are paying it forward to the next generation.

By Pattie Simone
May 17, 2010
Opinions expressed by Entrepreneur contributors are their own.

From Mrs. Fields to Martha Stewart, many iconic entrepreneurs (as well as other hugely successful businesses like Starbucks) have sparked the creation of other new ventures. By direct example and advice--or by replicating other successful business models--the positive economic ripple effect has been nothing short of remarkable. We decided to profile a few of these firms, to discover what inspired a new generation of mini-moguls and how they are paying it forward in their own backyards.

Doing by Design
In the case of Martha Stewart, a multi-track ripple effect is in full bloom. Her signature lifestyle companies (under the umbrella of Martha Stewart Living Omnimedia) actually applaud the development of independent ventures by her staff and associates. By her example (or via personal input and advice in some cases) Stewart has nudged, challenged and inspired many women (as well as a few men) to launch or grow their businesses with gusto. 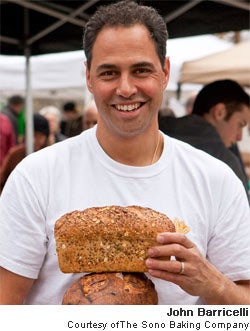 "My book is a direct result of my relationship with Martha, who has been a constant inspiration," Barricelli says. "She taught me the importance of producing something beautiful, from the photography to the recipes, as well as the importance of good writing."

Per Barricelli, who has steadily expanded his Connecticut-based wholesale and retail bakery since opening in 2003, Stewart's success (as well as his own achievements) was based on her diligent attention to three main elements: a passion for quality, surrounding herself with creative, talented people and a keen interest in learning about new things, trends etc., from her staff, as well as outside sources. Another lesson learned from his association with Stewart, which has helped Barricelli grow his operation from eight to 22 employees: prudent spending patterns. "Martha is careful about avoiding waste, which means keeping low inventory levels and finding a use for everything," says Barricelli, who clearly has seen the benefits of adopting Stewart's approach. This mini-mogul is creating a positive economic ripple effect of his own: He's mentoring a former employee who is looking to open her own baking business. 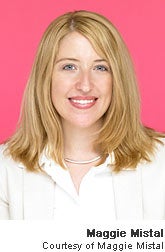 Maggie Mistal of MMM Career Consulting also waxes enthusiastically about Martha Stewart's impact and inspiration. The former director of learning and development of Martha Stewart Living Omnimedia and host of "Making a Living" on Martha Stewart Living Radio and contributor to Whole Living Magazine, Mistal says she directly profited from observing the relevance of Martha's high standards. As a result of being exposed to this culture, Mistal learned about maintaining a level of quality, the idea of taking seriously what you do, that there's a purpose and a value to what you do, and that you need to be at the top of your game, always innovating and growing. She also observed Stewart's expansion and influence through the use of multiple information dissemination streams. "She was one of the first, if not the first to get to people in different ways (via radio, TV, print and online venues)," says Mistal, whose coaching and speaking business has seen marked growth using this same positive-growth formula.

"So I see Martha and I see how passionate she is--she tests all the products in her own home--and I learned she really does care for me." That personal, authentic attention has permeated into Mistal's career coaching methodology: to advise her clients to soul search, research and then job search. Another lesson has helped Mistal's business grow: Learn something new every day. That means Mistal is constantly reading new career books and talking to other career coaching professionals to keep up to speed. Her payback: sharing her entrepreneurial insight at an NYC non-profit, StreetWise Partners, which provides mentoring services for low-income and displaced New Yorkers.

Sometimes a mega-preneur's influence has a creative bent. That's the case with Nick Andersen, co-founder of CONFETTISYSTEM, a unique event decoration and party supply company based in New York City. Anderson, who was a senior associate craft editor at Martha Stewart Living Magazine for four years, and his partner Julie Ho, creates upscale piñatas, jewelry and garland for a variety of corporate, music, fashion and private clients.

While admittedly not as business-minded as he'd like to be, Andersen says Stewart's influence covered both practical and esthetic points. That's because he observed her in meetings, approving designs, making things that she would want for herself and then seeing what it takes to get those products into production and bringing them to market. The most important takeaway as a result of his tenure with Stewart: Keep true to yourself and your own vision

"If you make something amazing and you know your product is the best, clients will come," says Andersen, who was inspired by Stewart's track record. He says he doesn't worry about searching for what's hot and putting his own twist on it, but rather--like Stewart--makes things that he desires, creating what is essential or beautiful and then knowing that people will appreciate the effort and originality. Since launching in 2008, CONFETTISYSTEM's handmade creations have been featured in the New York Times, Teen Vogue and Martha Stewart Wedding Magazine, which Andersen believes is a result of Stewart knowing him, liking his work and wanting to support him. And although they don't have any employees yet, Andersen says future goals include expanding the product line, taking cues from Stewart's successful foray into home furnishings, soft goods and furniture.

Profiting From a Passion
After ditching an impressive corporate dot-com career and spending a lot of time soul searching in his favorite Midwestern coffee café, Arsen Avakian decided he wanted to do for tea what Starbucks did for coffee. Combining their appreciation for tea and a passion for a healthy lifestyle, Avakian and his two partners studied the Starbucks business model, than added their own unique flavor to their decidedly contemporary tea cafes. Today the company mission embraces CreativiTea, DiversiTea, QualiTea, ChariTea and SustainabiliTea via 16 bustling cafes between Chicago and New York, as well as a wholesale business. By following Starbuck's basic success equation--delivering superior quality, designing unique signature beverages, creating an inviting environment, as well as developing a unique, fun, community-minded culture--Argo Tea now employs more than 220 people.

If you've been having a hard time achieving your own positive momentum, it might be time to try something different based on the business models or corporate cultures of other successful companies. Be true to yourself. Be the company that doesn't follow the pack, but rather attracts fans and customers via innovation and new ideas. Test drive "intra-preneurship" by actively supporting the independent creative endeavors of your employees, peers and associates, and become an economic invigorator in your own circle of influence.