The brand started out on a kitchen table. Now its products can now be found in 9,000 stores, including Target, Costco and Walmart.

In the earliest days of Humm Kombucha, founders Jamie Danek and Michelle Mitchell wanted to share the good feelings they experienced from kombucha, so they'd give away their product to anyone who asked for it, and even to those who didn't.

"Anybody that ever walked into [our Bend, Ore., taproom] that was delivering or doing anything manual had to leave with a glass of kombucha," Danek says. "What happened was we started to get people addicted." 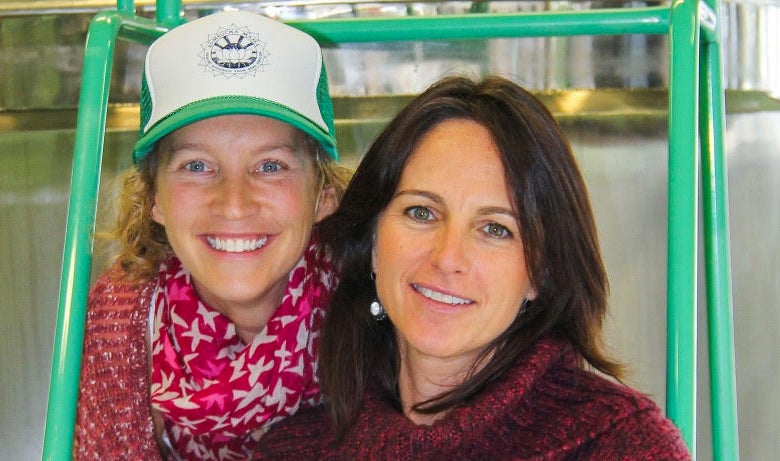 The two women even started trading kombucha for organic produce at the farmers market, to further share their product. They also set up portable kegs of kombucha in coffee and pizza shops so any curious passersby could try Humm, even without the founders there.

"We didn't know what we were doing," Danek says. "We were trying to get people hooked on kombucha and at the same time also trying to add a little organic produce to our diets."

This focus on sharing proved effective. Humm Kombucha, founded in 2009, can now be found in around 9,000 stores across the U.S., including Costco, Target and Walmart, as well as in Sweden. It's also the official kombucha of the Seattle Seahawks. Humm sales grew by 125 percent in 2017, the company says.

But you may be wondering, what is kombucha? Only a fraction of Americans know what it is -- less than a fifth, according to Danek and Mitchell -- and even fewer are buying it. However, the category is growing. The global kombucha market saw revenues of more than $1.5 billion in 2017, according to Mordor Intelligence, and is expected to grow at an annual rate of 17.5 percent from 2018 to 2023. That's partly due to the fermented tea's purported health benefits, including higher energy levels and a stronger immune system. Kombucha is made with yeast or bacteria and comes in unflavored and flavored varieties.

Danek and Mitchell credit the brand's growth to a focus on fun and flavor first, with the apparent health benefits a side benefit.

"Our successes has absolutely been, 'this tastes really good,'" Danek says. "That's always been our premise and it's worked so far." 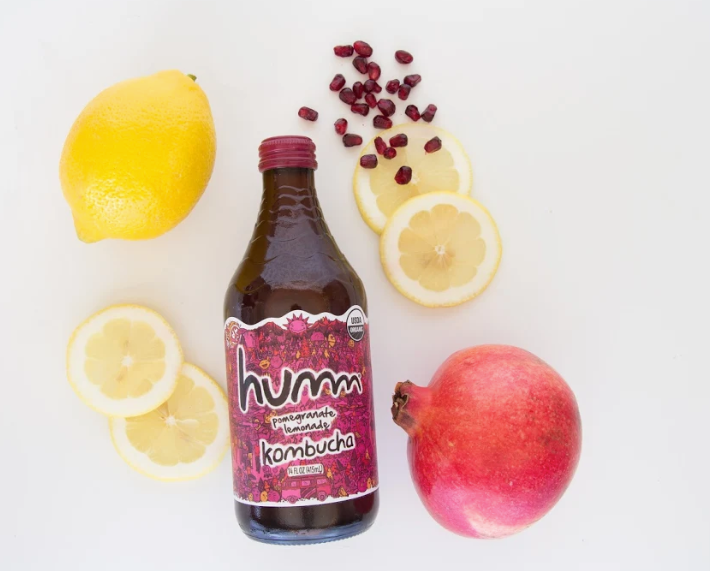 They go to great lengths to make a product not many people know about more welcoming and familiar. That starts with the friendly and colorful designs of Humm's bottles to the flavors of the beverage inside. Those flavors are Blueberry Mint, Pomegranate Lemonade, Coconut Lime, Hopped Grapefruit, Lemon Ginger, Strawberry Lemonade and Mango Passionfruit.

Danek and Mitchell met on a tennis court in 2008, at the height of the recession. Mitchell, who learned to brew kombucha from her mother-in-law, had just moved to Bend after three years of traveling the world with her husband and was seeking her next opportunity. Danek had her own recruiting company for 15 years, which "went into the toilet" because of the recession, so she decided to shutter it. The women decided to team up and sell the kombucha Mitchell was making in her kitchen.

"We're like, 'How come we're so stoked? We shouldn't be stoked. We should be bummed like everybody else,'" Danek recalls. "We thought it was the kombucha that was making us feel so good and laughing all the time. The idea was to help people feel better."

They started with their town of Bend. Danek and Mitchell sent out an email offering door-to-door delivery of kombucha. They also put up flyers in stores, and offered the owners some kombucha to try. The stores then asked to stock the product, which inspired Danek and Mitchell to start bottling their kombucha, which had previously only been in jars.

Humm's first major retail partner was Target, whose executives encouraged Danek and Mitchell to scale production so it could sell nationally.

"We were like, 'This is a terrible idea,'" Danek says. "Nobody knows what kombucha is in three quarters of the country." 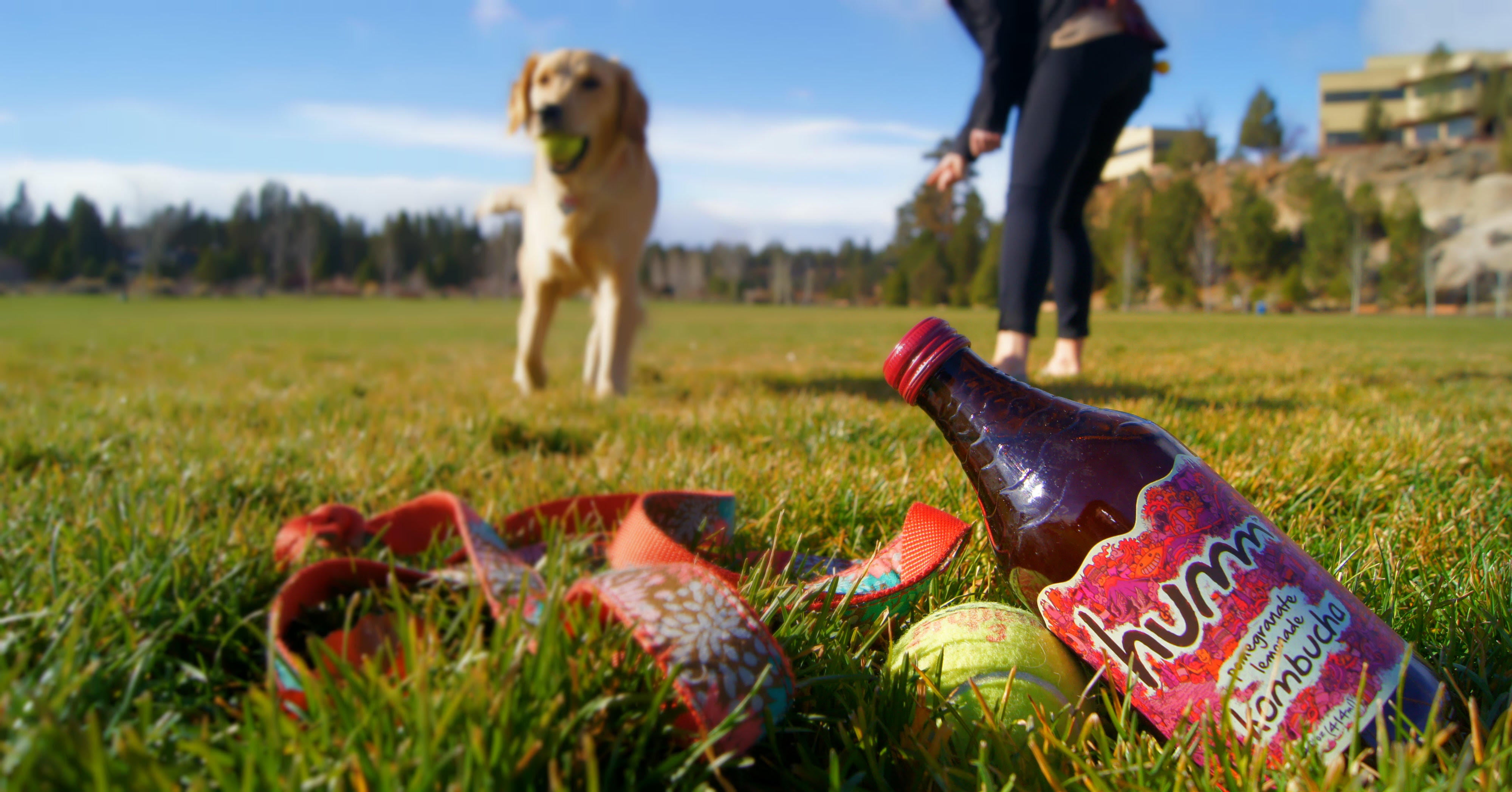 Still, they trusted the Target team's intuition, and were able to meet its the retailer's production goal within months.

"It's those leaps that could potentially have a huge impact on your business," Danek says. "You just have to have that trust."

It's that collaborative spirit that was the foundation of Humm right from its founding.

"It's a very simple concept of the beauty of taking care of each other and being taken care of," Danek says. "It's been critical to our success."

Mitchell says it's that aspect of helping people feel good that's most important.

"I've always known that my mission, the thing that drives me is just to spread this love and light through anything I touch," she says. "This business has been an extraordinary platform for that."