This 29-Year-Old Entrepreneur Discovered, Then Bought, a Small Jerky Brand in 2011. It Brought in $33 Million Last Year.

Eugene Kang, co-founder of Country Archer, discusses how he learned about his business and how his company is similar to Tesla.

Eugene Kang dropped out of college to make jerky. About eight years later, his company, Country Archer, pulls in tens of millions of dollars in revenues.

Kang's foray into dried meats began in 2010 during a road trip to the Grand Canyon with his aunt, Susan, when they stumbled upon a small jerky brand that had been in operation since 1977. They were impressed with the handmade product, made from grass-fed beef with no preservatives. The Kangs tracked down the old butcher behind the jerky, Celestino Mirarchi, and eventually bought his business out in 2011 for $200,000, borrowing money from Eugene's parents they had set aside for his education. Kang, 21 at the time, then dropped out of school and spent the next year learning how to make jerky under Mirarchi (he's since died). 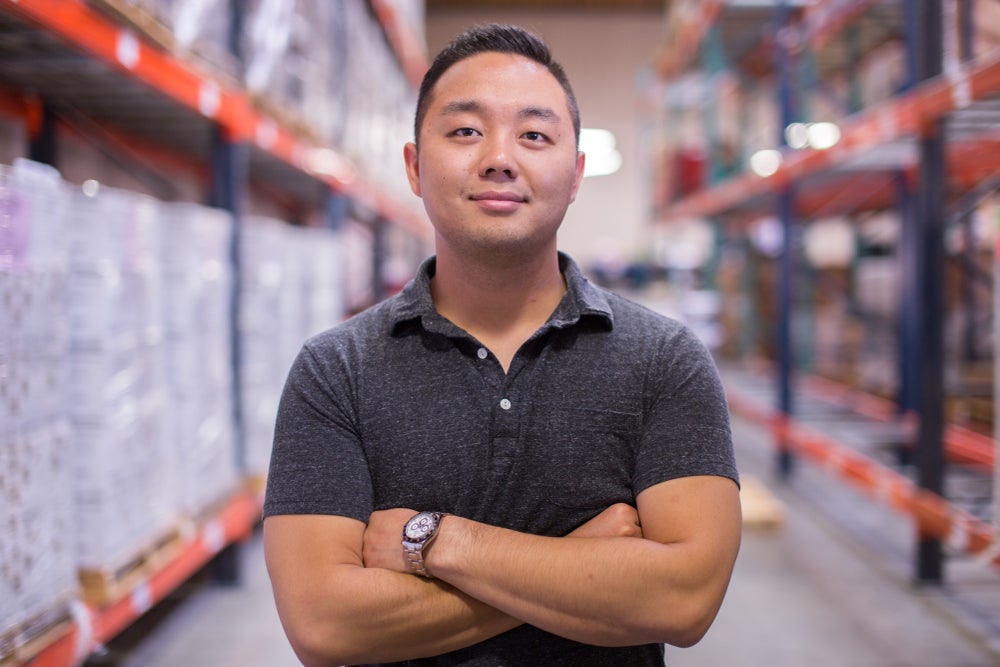 Entrepreneur spoke with Kang to learn more of his story, how he scored one of his early wins and how he relates to Elon Musk.

Were you doing the apprenticeship full time?

We met with [Mirarchi] in 2011, and he said you really need to learn how to make the product. It made sense. His business model was making the product and private labeling it for other people. So once we decided to buy him out, I went to my parents and said, "I don't think school is for me, I'd like to drop out. Whatever tuition for grad school and everything that you guys were going to allocate for me, can I get a loan to buy this business?" So obviously being Asian immigrants they were a little hesitant. But they also understood -- they were entrepreneurs themselves. They immigrated here from South Korea with nothing in their pockets and decided to open up convenience stores/gas stations. They did well for themselves, so they understood and supported me.

How much of an impact did your parents' entrepreneurial experience have on you?

There's not a dinner that I've had with my family that did not involve discussing business in some form or fashion. Growing up, we never had Thanksgiving, because that was the busiest time for convenience stores because everyone else would be closed down. You got to be working, selling and making money. You can't be resting. That got ingrained in me early on. Growing up in such an entrepreneurial environment led me to be where I am today.

I heard your parents asked for equity instead of a loan repayment.

That's true. It's funny, because my dad always joked around when he gave me the initial loan -- he didn't think much of it. He's just like, pay me back. A couple years later we did our first series A raise. He didn't understand what I was talking about. "Who wants to put $5 million into your business? Why?" I said I can pay you back, and he's like, "Can we convert that to equity?"

What did you learn from doing things slowly those first three years that you think contributed to the business's success?

The operational piece. We weren't going to be a marketing company right off the bat. The fact that I was really focused on the operational side of the business helped. When we came in, boxes of meat were being offloaded from trucks at 6 in the morning. It was so old-school operated that it was mind boggling. We had to buy forklifts. A lot of our capital investments went in early to equipment and operational stuff. We pulled a Field of Dreams -- we built it before the sales came. The experience helped me understand the operational nuances of the business that I probably wouldn't have picked up on if I hadn't done the apprenticeship.

The first big distribution deal we got was with Sprouts and Kroger nationwide. Those two were really big for us. In 2013, Krave really trailblazed the category. They were this better-for-you product, but they were more capitalized and out there gunning and running. We weren't even on the radar. In 2014 we were looking at some of the flavor trends and Sriracha was the hottest thing on Earth. I called Huy Fong, a local manufacturer of hot sauces, pulled the heartstrings and said, "I think you should partner with us." I gave the whole pitch, and they said yes. We actually put the rooster bottle on our bag and those retailers just started understanding what we were trying to do. 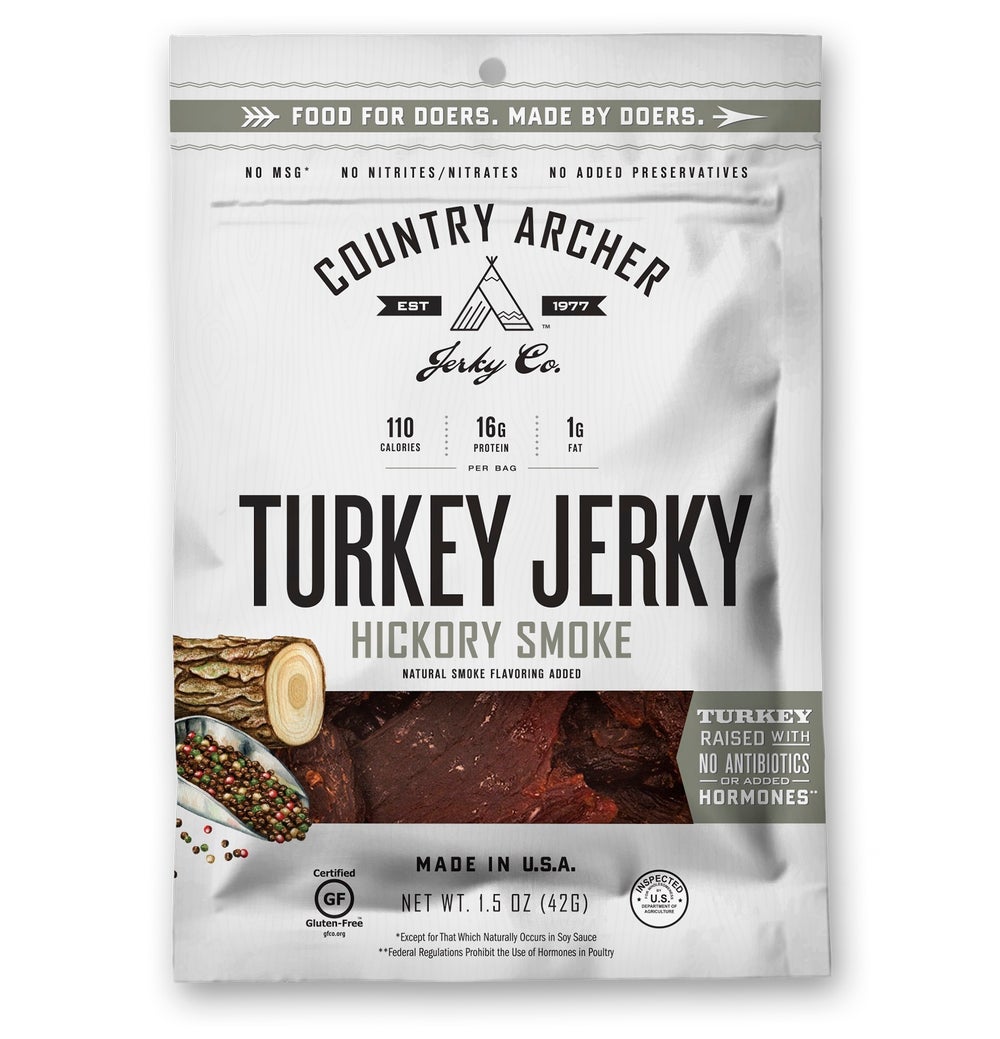 What can entrepreneurs learn from that experience?

Being nimble is probably the big experience from that. When we bought out the business, we had these classic nostalgic jerky flavors, but we were grass fed and natural. Grass fed in 2014 wasn't as prolific as it is now. Retailers weren't interested in those classic flavors. That was an interesting experience for me particularly because you go in with this naive expectation that you got a great product, retailers should bring it on. That's simply not the case.

What has been your biggest challenge so far, and how have you been able to overcome it?

Scaling the operation with the sales and marketing at the same time. We almost went the co-packer route several times, and what we found out was the co-packer space is quite fragmented, especially in our category. A lot of the emerging brands are co-packed with the same company and that was troubling for us. The big challenge for us was, how do you effectively run two businesses at the same time? An operational business and also a branding/marketing company. I can't confidently say that we've overcome that challenge yet because we're still in the midst of it. The big thing is making sure that you separate the two.

It sounds like there are always more efficiencies to be found.

Absolutely. Operations has to constantly keep up, and that's the big challenge. It's like the Tesla situation. You've got this high demand for cars and there's only so much productivity they can pump out. We're at that same sort of point, but obviously not that scale. A year ago we were joking around that we were in production hell.

Production hell would actually be a good jerky flavor name.