What I Learned About PR From Working With Steve Jobs

By Fred Cook
April 14, 2014
Opinions expressed by Entrepreneur contributors are their own.

In his new book IMPROVISE: Unconventional Career Advice from an Unlikely CEO (Agate B2, 2014) author Fred Cook provides advice to readers -- and more notably aspiring entrepreneurs -- about how to make an impression and get ahead in a dismal economy. This insight comes from his own life lessons, as he pursued what many would deem an unconventional path to find success. Starting his career path in odd jobs like pool hustler and leather salesman, Cook eventually found his passion in PR and founded GolinHarris, a firm that has helped big-name companies like Nintendo, Wal-Mart and Toyota, while also working personally with Jeff Bezos and Michael Eisner. And Steve Jobs. 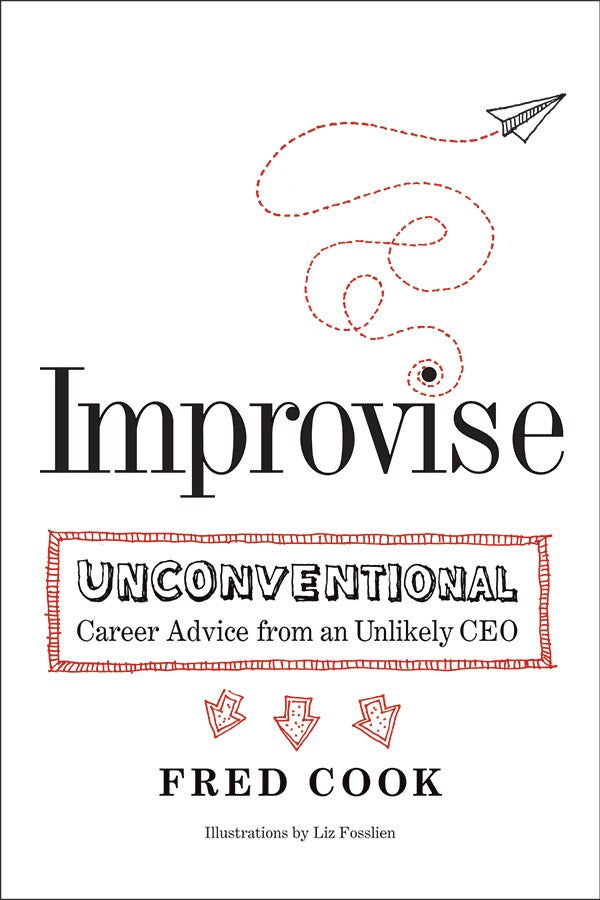 In this edited excerpt under "Market Yourself" Cook discusses his experience working with Steve Jobs in the early years at Pixar (after Jobs bought the company from Lucasfilm). He delves into the Apple co-founder's obsession with controlling his communication strategy, a tactic that led Cook to call him "the most media-savvy CEO" he has ever met.

Steve Jobs was the most media-savvy CEO I've ever met. I had the "pressure" of working with him in the Toy Story days of Pixar.

Before Disney paid $9 billion for the company, they controlled distribution and marketing for all Pixar films. Steve didn't like being controlled. He worried that Michael Eisner was getting too much credit for the unprecedented success of the movies John Lasseter was producing. Planning for the day when Pixar would be an independent movie studio, he hired our agency to build greater recognition for their lesser-known brand.

Because he believed in the power of publicity, Steve attended every PR meeting -- all of which were memorable. I recall a particularly tough session when he berated his communications team for an article about Pixar's earnings in The New York Times. In his view, it was an unequivocal failure, not because it wasn't accurate, but because it wasn't on the front page.

Related: How Steve Jobs Blew Up the Rules of Branding

At the close of the meeting, Steve offered to take my colleague and me on a tour of the new Pixar campus, which was still under construction. Jumping at this unexpected invitation, we followed his big black Mercedes to Emeryville, California (a few miles from the drab industrial park where Pixar was founded.) For the next hour, the terrible tyrant turned into an excited schoolboy as he shared every detail of his masterpiece -- from the metal walkway connecting the offices to the handcrafted pizza oven he personally designed for the employee cafe. Although Steve wasn't the creative force behind Woody and Buzz, he was clearly the inspiration for their new home.

Jobs had the same unbridled passion for media. One of the most mundane aspects of the communications business is the development of a media list, which is simply the names of the reporters and publications that we are going to approach with a news story. Most senior executives leave that type of work to their minions. Not Steve. He analyzed every name on the chart and every story angle that we were planning to pitch to them. As he thumbed through the list, he would stop at certain media outlets and say, "I'll take this one." Meaning he would personally make the call to that reporter.

Never before or since have I encountered a CEO who was willing to make the effort to develop close personal relationships with the journalists who covered their company. Steve simply picked up the phone and called them. When you think about it, the idea makes perfect sense. Who did Walt Mossberg at the Wall Street Journal want to hear from, an account executive at GolinHarris or Steve Jobs?

Steve had a short list of outlets he felt were truly important. Interestingly, the guy who paved the way for social media was mainly interested in print. In fact, his favorite publication was Time magazine. Whenever he had big news, his first call was to Time. Not only did he pitch the story, he also demanded that he be featured on the cover, which he was eight different times -- including the week after he died.

When I was getting started, I used to carry my press clippings to every job interview. Today, I have my own blog, Facebook page, Twitter feed and Pinterest board. Imagine all the places you can tell your story, if you aren't afraid to pick up a phone or a mouse. Whether at the top or the bottom of the career ladder, we can all learn from Steve Jobs. He understood the power of the media and how to use it to his benefit. If you follow Steve's approach, maybe someday Time will put you on their cover.