What You Can Learn About Business from Farmville

By Jennifer Wang
September 23, 2011
Opinions expressed by Entrepreneur contributors are their own. 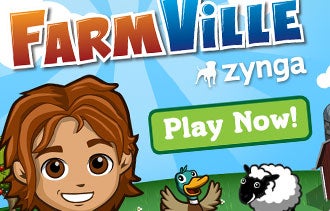 One thing that we've learned from playing all that Farmville: If you're not in the game, you're really missing out.

Fun, in the form of "gamification," has become a win-win way to sell and increase engagement with your brand, says entrepreneur and blogger Gabe Zichermann, co-author of the acclaimed Game-Based Marketing (Wiley, 2010) and chair of the Gamification Summit conference. Gabe Zichermann spoke at this week's Entrepreneur Winning Strategies conference in Miami Beach, Fla., to a packed ballroom of about 550 attendees.

Consider Zynga games. The company doesn't actually provide any products or services in "real life," yet its Farmville game boasts more users than viewers of any television show in history, and the game's most fanatically loyal users spend upwards of $10,000 every month on virtual goods that mean nothing outside the context of the game.

There are "game thinking" lessons here that can be applied to any business, like the freemium model approach: By offering gameplay for free, everyone in the world becomes a potential customer. Once hooked, it's easier to get people engaged and funnel them into paying customers. The business application? Take time to engage people on Twitter and other forms of social media, but don't ask for anything. Just demonstrate your value, and sooner or later, so the theory goes, they'll love you.

Gamification is not putting badges on a boring site, or making an Angry Birds game that features your product, Zichermann stressed. "It's not the theme that makes [Farmville] fun, it's the mechanics."

In order to successfully "gamify," you have to design a strategy around your customers' emotions and unlock their motivations. Figure out what kind of "players" they are. If they're achievement or experience oriented, maybe Foursquare deals and badges will work. Are they motivated by socialization? Focus on building a Facebook community, or do something that involves a team competition. Basically, the closer you align your engagement strategy to whatever motivates your audience, the better off the results will be.

Finally, you have to decide on a reward system for that loyalty, which will vary depending on the audience. Zichermann sums it up with the acronym SAPS, going in order from cheapest to most expensive: status, access, power and [free] stuff.

No matter what you do, though, the point is that you need to be trying. The emergence of gamification is a huge advantage for small business, Zichermann said. It's a great leveler because it can have such an incredible impact on customer engagement and cost next to nothing. "Every mention in social media of your business is expression of loyalty," he declared.