Bullied as a Kid, This Founder Now Runs a $5 Billion Company. Here's What He's Doing to Help Others.

Andrew Nikou built his career using innovative thinking to turn around distressed and neglected companies. Now he turns his attentions toward solving a problem with a global scale: bullying.

Born to Iranian immigrants, Andrew Nikou grew up outside of Los Angeles, where his dad worked in the city's water and power department. Things weren't easy. The family didn't have a lot of money, and Nikou was the target of harsh bullying in elementary and middle school.

"I was shorter than most of the guys," Nikou told Entrepreneur, "And that bullying had a traumatic effect on me."

With the guidance of his father, Nikou was able to take control of the situation and ultimately turned that trauma into a great motivator. "My father let me believe that strength wasn't a physical matter, it was an intellectual matter and that allowed me to pave the way to focus on the competitive side of me," he says.

Related: Use These Green Beret Tactics to Shut Down a Meeting Bully

Once that fuse was lit, Nikou's mind for business took off. "When I was younger, I started trading baseball and basketball cards and began making a lot of money," he says. "When people asked what I wanted to be, I said a CEO. They'd say CEO of what kind of business and I said, "I don't know, I just want to be a CEO!'"

Nikou was able to rise above his family's tough economic status, went to college, and in 2005, founded OpenGate Capital, a global private equity firm that has amassed $5 billion in total revenues over the firm's 11-year history. The founder spoke with Entrepreneur about his path to success and the initiative he is leading to help others escape the hopelessness brought about by bullying in school and in the workplace.

Related: Don't Read This! (It's Only the Most Valuable Psychology Hack You Can Learn)

"The problem of bullying is something that is deep in my heart from the experience that I had growing up back in Woodland Hills. I experienced it mostly on the playground, and it left me feeling defeated. It was tough and it was embarrassing, to be honest. So I want to find new innovative ways to confront the bullying challenges we face in classrooms and the workplace, and then, of course, cyberbullying.

"I want to give people the support they need to pivot away from the psychological and physical trauma and build from a positive place of strength."

"This anti-bullying initiative I'm exploring is a collaboration between my charitable organization, The Andrew Nikou Foundation, and XPRIZE, where I am on the Innovation Board. We have some of the greatest minds in many industries -- Elon Musk and Larry Page, to name a few. XPRIZE is trying to use crowdsourcing and incentivizing prizes to solve some of the planet's grandest problems in fields like education, health and technology. And now, bullying.

"I'm going to be the sponsor of the prize. We will put this challenge out to teams, and invite them to present their approaches and projects to the board. The winner of that will receive an incentive prize, which can range in the millions.

"The parameters are not yet set. You can imagine that this problem requires something other than a traditional solution. You're not going to get a bunch of people in a classroom and tell them to read something and say this isn't the right way of behaving. We need more of a disruptive, a more exponential approach to changing the way people behave. Some of the concepts would surely include VR, taking kids and adults who are bullying and putting them in VR settings where they can experience what it feels like to be bullied."

The strength of family

"My father's teaching helped me through those tough times when I was a kid. He taught me to be scrappy and smart, to use my brain rather than my muscles. That stayed with me all of these years. My father sacrificed so much for me. He retired early at a very low pay rate so that we could qualify to get grants to go to college. His income was so low at that point that he had to move back to Iran in order to support himself. That was another huge motivator for me to overachieve."

Related: 7 Tips For a Thriving, Sustainable Family Business That Lasts

The power of friendship

"When we moved to Los Angeles, we became friends with people in the Iranian community and that helped build my confidence and made me stronger. They supported me and gave me strength. I never felt short with my friends -- in fact, I often felt like I was the tallest guy in the room. The loyalty and love I felt from this group, which we called The Persian Pride, rolled into high school and we stayed tight. They were actually the first people to invest in my first deal a decade later. A lot of all this is implanted in the culture of my firm. We're like a big rat pack. Loyalty is the number one most important thing for me."

One decision can change your life

"When I was a teenager, I wanted to go out with a group of my friends to the movies and my father insisted that I stay home and focus on my studies. We got in the biggest fight that night, but he was insistent. So I stayed home and later that night, some of my friends were gunned down in a drive-by shooting. Several were hit, and one of my best friends was killed. That was really, really tough. I wouldn't be here now if it wasn't for my father." 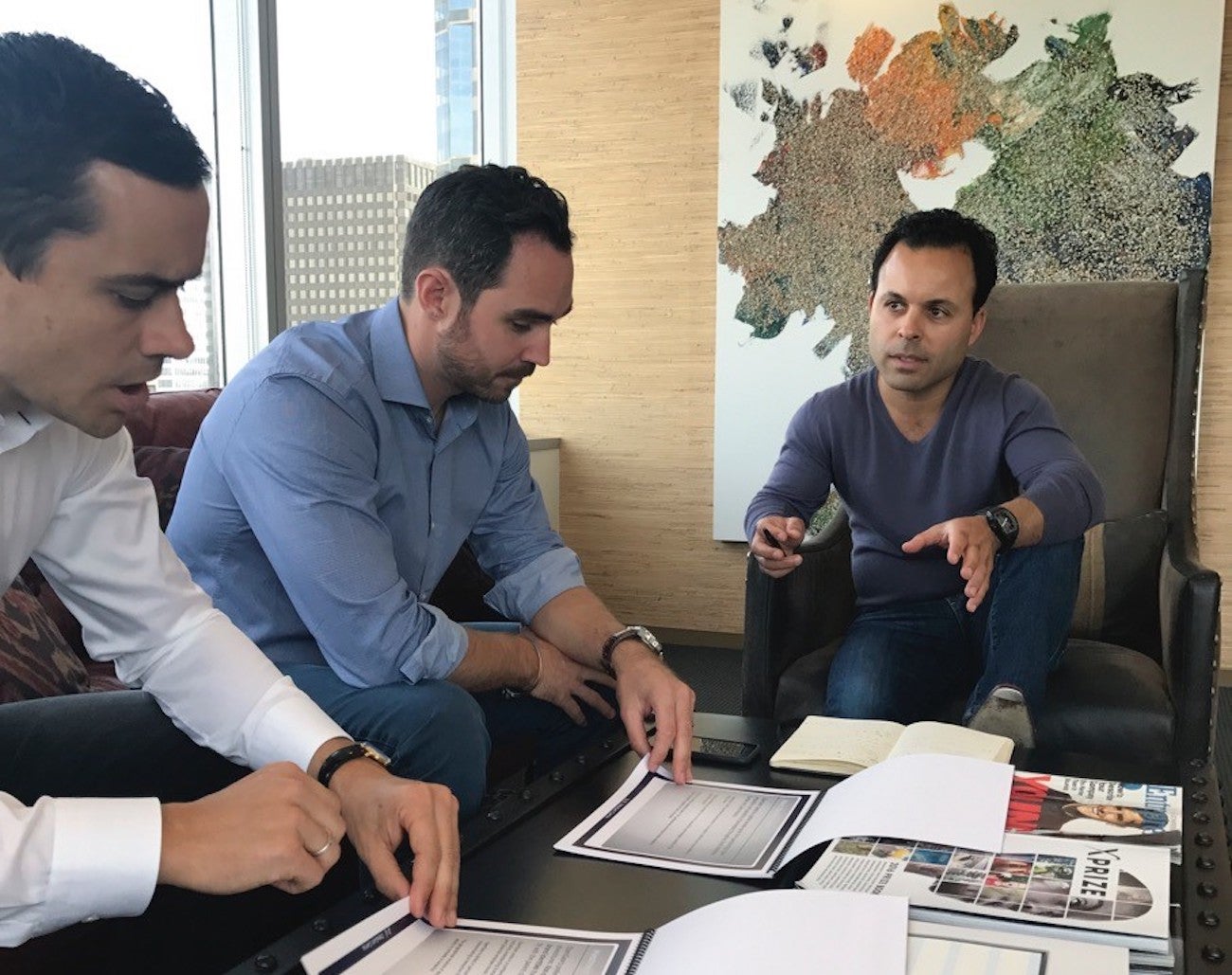 Dealing with bullies in business

"In business, I try to understand where other people are coming from. I try to understand their position, where they came from, what their history is, who their family is. Once you get to a humanistic level, you can really start to see what the truth is. That's worked out really well for me. Sure there is a give and take in every negotiation, but I don't believe that there doesn't have to be a 'winner' and a 'loser.' Everyone can do well in a deal."

"All of what we're doing, money is just a byproduct. It is important to me that we're not just taking, but that we're giving back. I'm 39, relatively young, so my goal is to look back and not just see that OpenGate was a bunch of financial products, but human products. Anti-bullying is so important to me. And it is not a small feat. It is huge. I want to be the guy they recognize when they talk about anti-bullying."