Just 16 months after it launched, Secret, the controversial anonymous sharing app, is shutting down. The company was founded by CEO David Byttow, along with Chrys Bader-Wechseler, who left the company this January.

With a heavy heart, I've decided to shut down Secret, wind-down the company, and return the remaining money. https://t.co/HZUCMe3xFu

Byttow took to Medium today to explain his rationale behind closing the company's doors, writing: "This has been the hardest decision of my life and one that saddens me deeply. Unfortunately, Secret does not represent the vision I had when starting the company, so I believe it's the right decision for myself, our investors and our team."

Related: This App Lets Users Anonymously Spill Their Secrets -- And Do They Ever 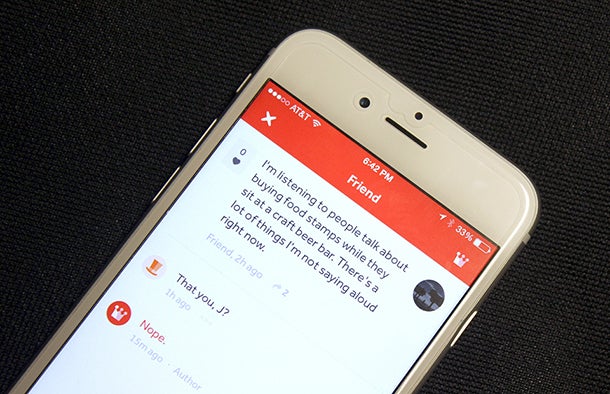 
Since its founding, the company has raised $35 million from investors including Kleiner Perkins, Google Ventures and the partners at Y Combinator. Byttow says the money will be returned to them. "I believe the right thing to do is to return the money rather than attempt to pivot. Innovation requires failure, and I believe in failing fast in order to go on and make only new and different mistakes."

Dicey from the beginning, Secret and similar apps such as Whisper have been criticized for promoting bullying and questioned over how anonymous they really are.

Related: Related: How to Shut Down Your Struggling Startup

Indeed, Byttow characterized the anonymity that powered the app as "the ultimate double-edged sword, which must be wielded with great respect and care," and said that he will be posting a series of "postmortem" essays to share what he learned from the experience.

In December, the app underwent a design overhaul, shifting from an image with words laid over it, to a feed that looked somewhat similar to Yik Yak, its equally provocative competitor. As Business Insider reports, the app has since struggled to hold positions in rankings of the top 1,500 overall apps or top 100 U.S. social networking apps.

Related: Meet Memo, the Anonymous App That Could Revolutionize the Workplace