Meet Memo, the Anonymous App That Could Revolutionize the Workplace

On this new app, employees will want to be just a number.

When talking about his new venture, two things come to mind for Ryan Janssen.

First is a project he launched in January 2014 called Collectively.com, an online community where freelancers could discuss issues and swap advice. The project sputtered, with Janssen finding that people were so protective over their work identities, they didn't feel comfortable using it. "We were hoping they'd make friends and connections, but everyone was guarded." 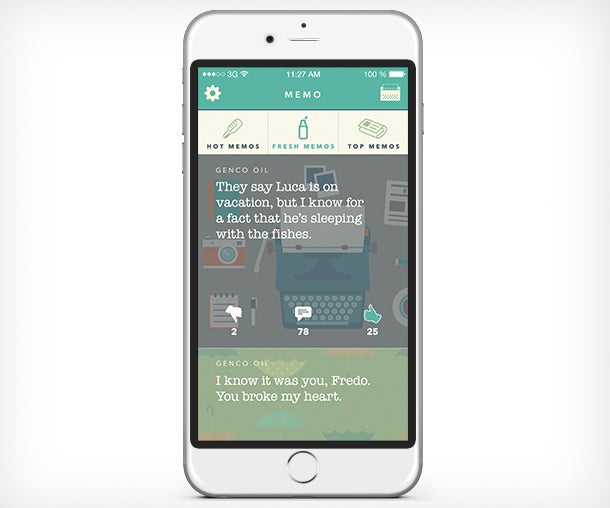 Second was his experience working on a project for Motorola that many employees felt was doomed. Despite this, no one would speak up to management, fearing it would be "political suicide" and worrying their message wouldn't actually be heard. "They tell their boss and the boss waters it down for their other boss and by the time it reaches the top it's triple-diluted," Janssen says.

And so in July 2014, the Nebraska native began developing Memo, an anonymous app geared toward professional environments that officially launched today.

The app allows users to anonymously share memos -- a broad term that includes any sort of employee admission, question or issue, not the traditional sort of memo a company might send to its staff. Users must be verified (Memo checks LinkedIn to make sure people work where they say they work), and are then assigned an identity that contains just a number and the company name.

Related: Don't Be the Reason People Leave Your Company

An example of something that might be posted on Memo: "We all know that project X is a multimillion-dollar boondoggle. Why aren't we telling management?" One of Janssen's favorite posts so far was a message from someone who was new to a company and wrote, "Everyone says we don't get raises except through promotion. Is this true?"

Messages can either be shared on a company's Memo board, which only users within that company can see, or shared publicly with all of Memo's users. This way, Janssen says, workers can feel safe bringing up issues or concerns without facing retribution.

Memo's creators believe the product will be helpful to both employees and employers. Employees can complain, but the hope is that the complaint will result in real change. Additionally, managers can use the the tool to get a sense of the day-to-day challenges their employees face. The app is intended to open communication and bring issues or concerns to light. "Nasty things grow in the dark," as Janssen says.

Even without posting, Memo users can have an impact by simply upvoting or downvoting comments, much in the same way that they do on the user-generated discussion forum Reddit. Allowing people to upvote a post in agreement means employers can see how widespread an issue or sentiment is. Voting also acts as a form of moderation: posts that people find productive will get more votes and rise to the top of the board, while those that aren't will be pushed further down and viewed less.

While Janssen and his coworkers had the best of intentions when creating the app, even they realized that things could get ugly. Janssen recalls working to finish moderation features quickly after the app launched in beta, assuming bad behavior would be rampant. Yet, when he looked at the posted content he was pleasantly surprised. "The thing that's shocking is that people don't want to ruin their company, people want to like their company," he says. "These are our tribes, our people. We have thousands of posts and I've not seen a single instance of anyone doing anything nasty."

In instances where users do indulge in less-than-professional behavior, people can flag offensive posts for the Memo staff to delete. Repeat offenders can be blocked, though Janssen declined to share the specifics of how that would happen on-record; not knowing the details of that process means people will have a harder time gaming the system.

Anonymous apps: The good, the bad and how to balance both

Although Memo operates on a premise of secrecy, its creators hope it eventually becomes a well-known product. The app was tested just after Thanksgiving by an estimated 2,000 people across 10 large organizations including Delta, Google and Disney. Ideally, the product would be used at firms that have at least 200 employees; for anonymous apps, the larger the pool, the more difficult it is to identify any one user.

"The minute you limit potential senders, you can figure out who sent it, which could become a productivity problem," says Joseph Steinberg, CEO of SecureMySocial, a tool that warns people if their social-media posts could be problematic for their employers or themselves.

Trust is the key concern for users of any anonymous app. The lack of trust is "heartbreaking," Janssen says, although he admits it's understandable. Workers need to be assured that the app is not some sort of test from IT, and that their personal identity is truly unknown. 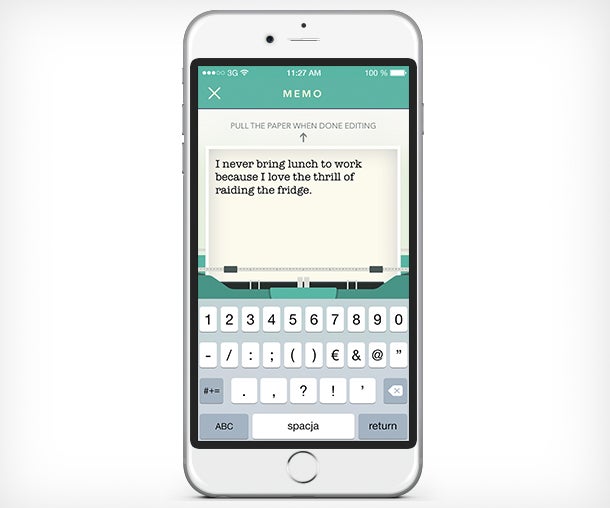 Related: This App Creates an Instant Digital Dossier for the People You Meet

Employees might be nervous about being found out, but management has cause for concern in regards to anonymous apps as well. Given the protection of obscured identities, workers could engage in bullying or harassment without managers being able to determine the source. Those actions might make a company susceptible to a lawsuit and all that comes with it -- subpoenas or warrants, for example.

So, how anonymous is "anonymous," really? Earlier this year, the anonymous app Whisper came under fire when it was discovered that it tracked its users through geolocation and shared information with the FBI. As a result of the scandal, the site's editor-in-chief left the company.

According to the privacy policy on Memo's webpage, the company saves users' work email only long enough to verify the information. Then, it is permanently erased.

When asked what he would do if served a legal document requesting information on a user, Janssen replied, "We'll comply, but we can't answer something we don't know. We don't store IP addresses or email addresses. We just don't have the info, because we believe there's no system that can't be hacked."

In the wake of the Sony hacking scandal, businesses are realizing how important privacy in the workplace really is. Anonymous apps like Secret and Tor are becoming more popular as a result. Even despite the risks of unprofessional -- and potentially illegal -- behavior taking place under the cloak of obscurity, people are recognizing the benefits of anonymous apps. In December, for example, police used the confessional app Whisper to catch a pedophile.

Brad Brooks, Whisper's co-founder, understands the double-edged sword of anonymity. "Anonymity in general is a tool, and you can use it in a lot of different ways - like [the way] a hammer can be used to build schools or to hurt someone."

While the creators work to build Memo's user base -- a process that Janssen knows will take time -- he and the 13 other creators of Memo have plans for its future. The app is currently available for free via the product website or Apple's App store (search "Memo Anonymous"). A version for Android is expected in early spring and Janssen says he won't think about monetizing the product for at least the next year. Instead, the team will focus on encouraging companies to officially adopt the app and sponsor a company board, which will include an analytics dashboard that makes it easier to respond to concerns and ideas.

It seems Janssen has created a project that he's proud to attach his name to.