By Michael Moroney
August 23, 2014
Opinions expressed by Entrepreneur contributors are their own.

When I started writing this article, I didn't know much about gin. I knew that I enjoyed the spirit mixed with tonic, but that was the extent of my experience. In fact, when I originally pitched my editor, I told him it would take a while, since I didn't know how long it would take to make gin.

Turns out, it's not too difficult or time consuming when you have the Homemade Gin Kit.

Open the kit and pour mid-grade vodka in the provided bottle. Add the juniper berries and herbs that are included, and then play a bit of a waiting game--36 hours to be exact. Strain, and enjoy! 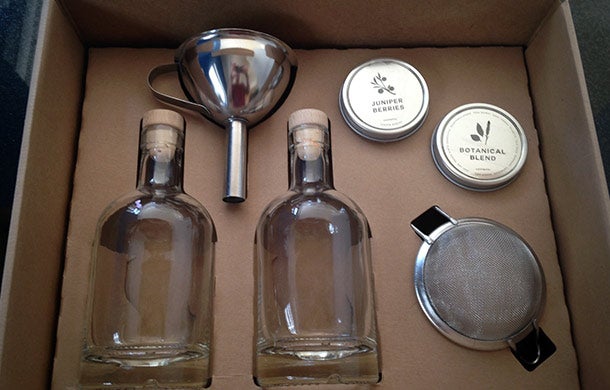 The result was a recognizable, yet unique solution. The taste was just as good as a bottle that I could buy at the liquor store, but a certain quality made it taste better. I made it myself.

Home brewing has taken off in recent years. There's a personal pride involved in crafting your own beer, bourbon or gin, even if everything you need comes in a kit.

Jack Hubbard and Joe Maiellano, the two young entrepreneurs behind the kit originally wanted to go big and open a distillery.

"We initially wanted to start our own distillery because we were convinced that the liquor industry is where the beer industry was in the 80s and 90s." said Hubbard "We viewed that as an opportunity to build something early that could grow into a major portfolio of craft spirits. However, we ran the numbers and a distillery start up would require at least $2 million in capital which we did not have."

The duo chose gin after they discovered people have been making homemade compound gin for centuries, yet no one had monetized the process. 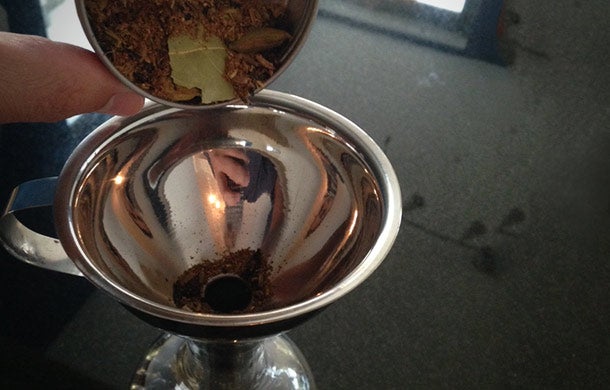 They initially invested $10,000 and gross sales are currently in excess of $600,000. Hubbard says that they anticipate exceeding $1 million in gross sales this Christmas.

"Our strategy has been to capitalize on that first-to-market status and grow as quickly as humanly possible," noted Hubbard.

But rapid success comes it's own unique set of challenges.

"Fulfillment was a huge problem at first. We had no experience in that area and even those who did were overwhelmed by the initial and ongoing demand. Sourcing products was also difficult with long lead times from Asia," said Hubbard. "We have solved that problem by transitioning to a product that is official 'Made in the USA'. That was very important to us. We want to employ Americans and have a safe, reliable and fast supply chain."

"We went from operating out of a one bedroom apartment to requiring serious warehouse space and an ability to ship pallets of kits to retailers via freight." said Hubbard "This requires space, fork lifts, a staff and a loading dock. We are now on our second fulfillment company. We had to leave our first because the operation required more space." 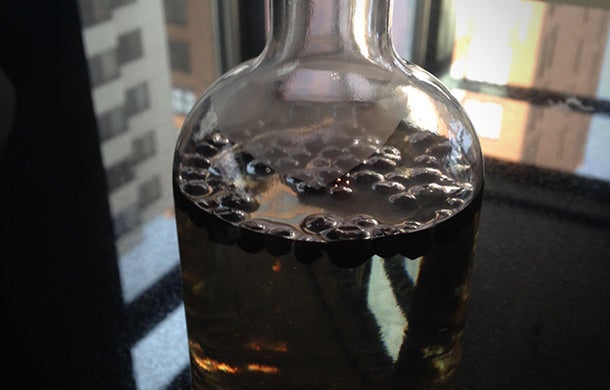 After a few initial hiccups, the two young entrepreneurs have found a niche where they can own.

"We have a solid SEO presence that protects our direct online sales while we also sell in brick-and-mortar shops where holiday buyers and older buyers tend to make most of their gift purchases," said Hubbard "We think it is important to dominate both markets -- online and brick-and-mortar retail."

Legal restrictions make it tough, if not impossible, to create a similar kit for most other spirits so Hubbard and Maiellano are creating new blends to freshen their product line.

Hubbard and Maiellano seem to have found the right product for a time when more people than ever care about what they are eating and drinking, and want to learn how things are made.

"For the first month we thought the product was a total flop," said Hubbard. "Then we had our breakthrough with the New York Times review. We kept up the intensity and great coverage followed which really propelled the brand."

Related: How We Got Our Unlikely At-Home Cocktail Mixer on Store Shelves