Everything You Know About Millennials Is Wrong

By Travis Bradberry
June 4, 2015
Opinions expressed by Entrepreneur contributors are their own.

As every new generation enters the workforce, it's amazing how quickly they're mislabeled with "attributes" that are common to young people. These labels tend to stick, and they become increasingly inaccurate as the generation ages (assuming they were even accurate to begin with).

Nowhere is this more evident than with Millennials. There's a lot of talk about this generation, who by 2020 will make up more than 50% of the US workforce.

That's why it's so great to see that IBM has decided it's time we quit making assumptions. IBM conducted a global study that aimed to separate fact from fiction so that we can learn what Millennials are really all about.

Here's what they found: 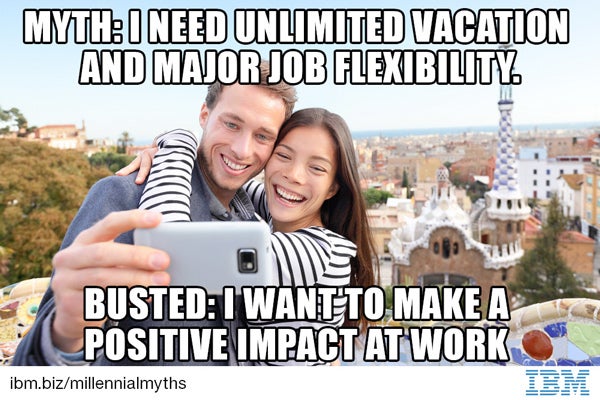 FACT: As it turns out, Millennials are just like everyone else in the workplace. They're after financial and job security, first and foremost. And who can blame them? That's a big part of why we work in the first place.

So don't expect your younger workers to make unrealistic requests of you and your company. 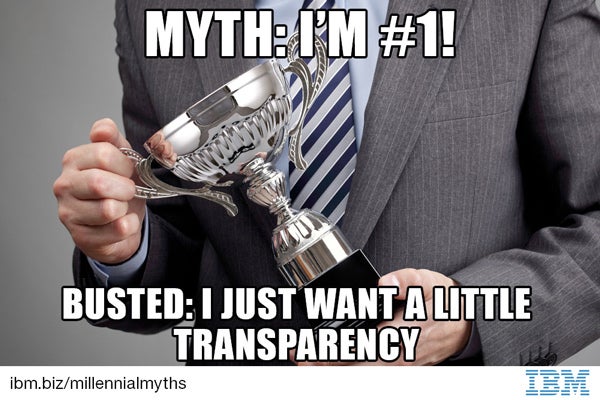 MYTH #2: MILLENNIALS EXPECT ENDLESS PRAISE BECAUSE THEY WERE RAISED IN A CULTURE OF "EVERYONE GETS A TROPHY."

FACT: Not only are Millennials not after endless praise from their manager, their #1 preference in a boss is the same as Boomers. Both want a fair boss who freely shares information. It's Generation Xers who believe that everyone involved in a successful project should be rewarded, and members of this generation are in their early 30s to 50s. 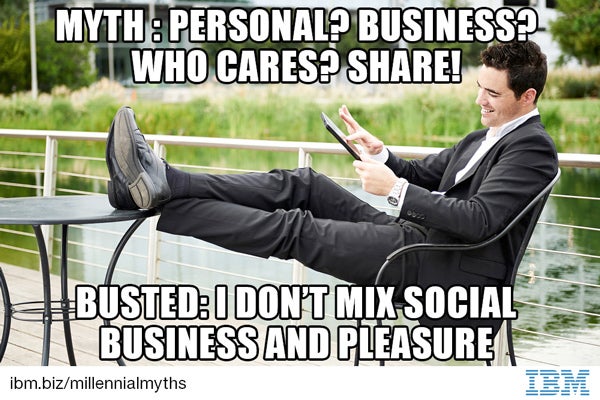 MYTH #3: MILLENNIALS ARE SO ADDICTED TO TECHNOLOGY THAT THEY LACK BOUNDARIES BETWEEN THEIR WORK AND PRIVATE LIVES.

FACT: The opposite is true. Millennials are actually much less likely to blur the boundaries between their work and private lives because they've been raised with technology. They've been bred on nuances that many older workers fail to understand. In fact, Millennials are 4X more likely than Boomers to keep their work and personal lives separate when it comes to technology.

Looks like it's the old dogs that are having trouble learning new tricks. 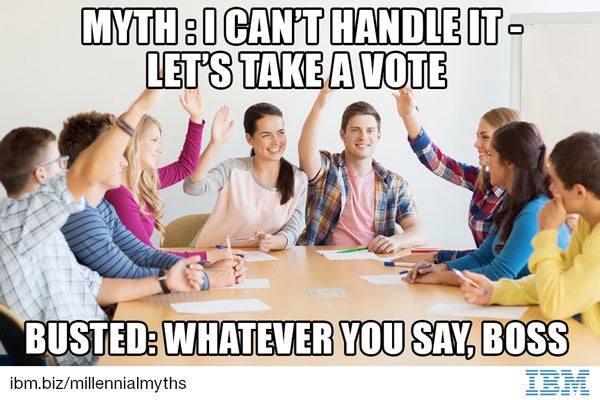 MYTH #4: MILLENNIALS ARE AFRAID TO MAKE DECISIONS FOR THEMSELVES.

FACT: Millennials are no more likely than Generation X to seek group consensus when making decisions. They simply aren't as timid about making decisions as everyone thinks they are.

And, contrary to the mistaken assumption that Millennials have a tendency to buck authority, more than 50% of them trust their company's leadership to make decisions that are sound (a figure that's in line with Boomers and Generation X). 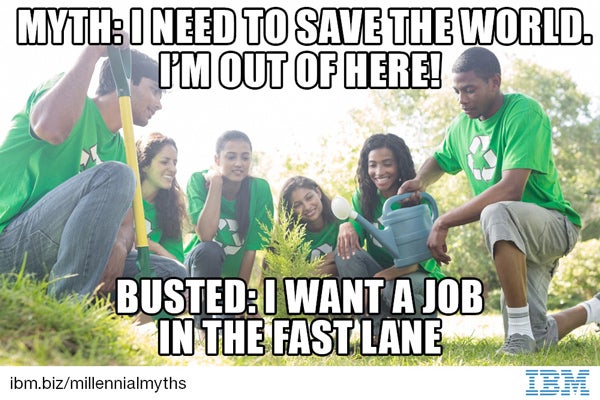 MYTH #5: MILLENNIALS WILL QUIT A JOB THAT DOESN'T FULFILL THEIR PASSIONS.

FACT: When it comes to changing jobs, Millennials are just like everybody else. The #1 reason they leave is for money. And, just like Boomers and Generation X, Millennials are twice as likely to leave a job for money than if the job fails to fulfill their passions.

BRINGING IT ALL TOGETHER

You are making a grave mistake anytime you allow generational stereotypes to affect how you treat your employees. Yet, companies often make wholesale changes based solely upon what they assume younger workers want.

There's a simple way to ensure that this never happens to you. Talk to your Millennials, and find out what they want because it's likely a far cry from what you'd expect.