Getting together with family and friends and finding meals that are a crowd pleaser is never an easy task. I scroll aimlessly on Instagram looking for ideas on what to cook. Is this processed? Is this even tasty? Is this too much sugar for my kids?

"I grew up poor. I was raised in low-income housing in Baltimore up until I was 11, but my parents did their best to instill the values of eating home-cooked, wholesome meals," says Ayeshah Abuelhiga, founder and CEO of Mason Dixie Foods. "Looking back, I still remember the kids I grew up with eating out of vending machines, many of whom are still in Section 8 housing. The kids who had access to better food are in better places now. Even into adulthood, I could never find homestyle, scratch-made comfort food, only fast-food equivalents like Popeyes and Kentucky Fried Chicken. That's why I started Mason Dixie Foods."

According to the CDC, American kids and teens are eating more fast food than ever before. Black and Hispanic children eat more fast food than their white peers. One in 10 children between the ages of 2 and 5 years old are already obese. Among teens, that number is one in five. And with the stress of the pandemic, including working remotely, learning virtually and getting sick, these statistics are only getting worse.

"These are not surprising findings when you think about how strapped families are these days for both time and money, and how fast food can be an easy option for stressed families," says Dr. Eliana Perrin, professor of pediatrics at Duke University School of Medicine.

Abuelhiga was determined to change comfort food for the better. As a first-generation American, she proudly watched her immigrant parents serve quality comfort food at their small carry-out restaurant and convenience store. "Homestyle cooking shouldn't mean settling for cheap, processed ingredients and scary chemicals," she says, which is why she founded her company.

At a recent family gathering, I popped Mason Dixie buttermilk biscuits into the oven. I took them out and felt like a hero. My kids and nieces gobbled up the biscuits, which have preservatives, no corn syrup, no flavorings, no oils, no bleach, no substitutes and no gums. "And we're proud to be frozen and made in the U.S.," Abuelhiga says. "It's the new cool. Frozen keeps us fresh and preservative-free."

Abuelhiga remembers one Thanksgiving when she was 10 years old. Her parents had to work, so she decided to cook for her younger sisters. She went to the local library, photocopied a recipe for biscuits and made them by scratch. Her biscuits were a hit, and her love for the iconic American biscuit and quality, accessible comfort food became her driving purpose.

Here are three of the most important lessons Abuelhiga has learned in building Mason Dixie Foods.

Abuelhiga had a successful career in marketing and sales before she launched Mason Dixie. At Audi, she recalls being skipped over three times for promotions — three unqualified men got the promotions over her. "I could wait for my turn for the next 30 years, or I could stop waiting and go and start my own company," Abuelhiga says. "I was tired of seeing gender stereotypes play out, with leaders placing women where they felt they belonged versus where they didn't. I was ready to be my own boss."

When Abuelhiga launched on Kickstarter in 2014, she was only one of three food and beverage founders with a restaurant concept. That decision changed the trajectory of her life. "The Washington, D.C. area was a hotbed for fast-casual dining, with Five Guys, Cava and Sweetgreen coming into the market," Abuelhiga says. "But no one was doing breakfast well. The lobbyists could do breakfast at either McDonald's or a very fancy hotel. So I went after breakfast and the biscuit." 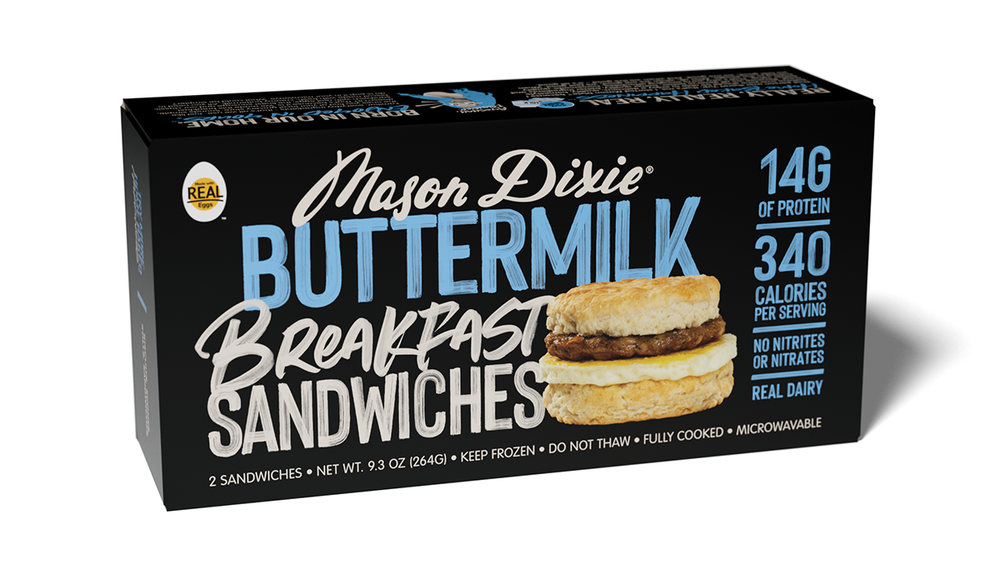 When Abuelhiga launched on Kickstarter, many people who invested wrote to her and shared their stories and emotional connection to the biscuit. She knew she had struck on something unique and special. She opened her restaurant, then launched a frozen biscuit line, which has since expanded to include new flavors and breakfast sandwiches, all sold nationwide in retailers like Kroger, Publix and Whole Foods Market.

Read More: How One Entrepreneur Is Attempting to Revolutionize the Mexican Food Industry -- And Change the World -- Using One Unexpected Ingredient

At 17 years old, one of Abuelhiga's first jobs was selling suits in the Macy's men's department. "I wasn't a guy, and wondered how I could sell these suits," she recalls. "How could I get a guy to buy the Armani suit versus the Macy's brand suit, which feels and looks the same but costs 16 times more?" She quickly learned it was all about the brand story, how the brand made them look and feel, and ultimately about inspiring people.

"I carefully crafted the Mason Dixie Foods story, and I learned how to tell it over and over again," she says. "And then I went to every single forum I could and kept telling our story to anyone who would listen." She shares how in the first season of the Real Housewives of New York City, Bethenny Frankel talks about her Skinny Girl Margarita idea in every scene she can. Frankel's hustle served as a great inspiration for continuing to share her messaging and brand story at every opportunity.

Abuelhiga's advice to entrepreneurs is to go to any and all forums where people are in your community. "Be in the room, and tell your story. Someone will know someone who has the money to invest in you."

Read More: How this Founder and 'Shark Tank' Veteran is Fighting to Create a More Inclusive Coffee Category

Abuelhiga's fundraising journey hasn't been easy. "I kissed hundreds of frogs before I got to my investors. Despite the work being done since the murder of George Floyd, we still see low rates of investments in companies founded and led be people of color," she says. "We still have a long way to go; founders of color are still lacking access to entrepreneurial financial education."

Abuelhiga encourages entrepreneurs to stop only focusing on venture capital or private equity funding and to not settle just to get that first check. "People forget that financing is another industry. There are individual investors out there interested in partnering with founders, so don't get caught up in getting that VC badge of honor," she says. "Many of my individual investors have been with me from the very beginning; some of the men asked their wives and daughters to invest so we could remain a women-owned, women-led business."

Abuelhiga also says to challenge investors, and don't settle for someone who pretends to know your industry. "Don't settle for the jargon from investors," she says. "Ask them the hard questions back. This is your business, and you own it. Remember that no one knows your vision for what you are building better than you."

Read More: This Founder Is Disrupting How We Consume the World's Most Popular Beverage

Head of Inclusion, Equity and Impact

Mita Mallick is a corporate change-maker with a track record of transforming businesses. She gives innovative ideas a voice and serves customers and communities with purpose. She is currently the head of inclusion, equity and impact at Carta and is a top LinkedIn voice of 2020.