The investor, reality show star and entrepreneur shares insight on making decisions, pitching investors and what drives his success.

"I take my time. People say they can see me thinking," says John, a multimillionaire entrepreneur best known for his urban clothing brand FUBU and one of the shark investors on the popular reality show 'Shark Tank.' "When I first got into business I made a lot of bad decisions. If I miss 10% to 20% of opportunities because they're a timely matter, then it is what it is."

Without even a hint of harshness, John's unflappable demeanor makes clear: When he makes a decision, don't expect him to look back. It's a trait that may be rooted in his childhood. As an only child, raised in Queens, N.Y., John severed ties with his father after his parents' divorce. He was 12. 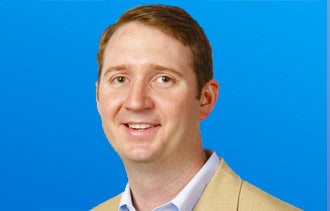 LivingSocial's Tim O'Shaughnessy on the Power of Decisions 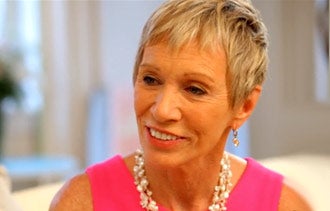 Play Video
Barbara Corcoran: 'The Joy Is in the Getting There'
More 'Trep Talk »

"I never spoke to him again," says John, now 43. "[The split] made me man of the house and reinforced the theory that nobody else is responsible for your destiny but yourself."

While he speaks little about the split, John detailed it in his book, Display of Power: How FUBU Changed a World of Fashion, Branding and Lifestyle (Thomas Nelson, 2007). He wrote about his father's "short fuse" and that he was "always mad about something" – essentially, in his view, a reverse role model. John would ultimately follow his mother's lead, whom he describes as "a resilient and hard-working single mom who never allowed herself to depend on other people."

Whether it was shoveling snow, mowing lawns or working flea markets as a teen, John always had an entrepreneur's mindset. But it was his love of hip-hop music and fashion that ultimately led to his smash success with FUBU. It started with a tie-top hat worn by rappers and expanded into a wildly popular urban clothing line. But, as with any business, there were major challenges.

"I started FUBU in 1989 but ran out of money three times and closed it down," says John, who relaunched the company in 1992 with three friends. To date, FUBU has generated $6 billion in global retail sales.

In this interview for 'Trep Talk, John shares insight on the one thing you must do when pitching investors, the two words that changed his life, and the ritual that keeps him on track. Edited interview excerpts follow.

Breakthrough moment: The day LL Cool J appeared in the Gap commercial wearing a FUBU hat. The phones did not stop ringing for one entire year after that. Anything we put our name on sold immediately.

Mother knows best: My mother always said, 'It takes the same energy to think small as it does to think big. So dream big and think bigger.' She had this can opener, about two to three feet long, over the refrigerator and it said 'Think Big.'

Before approaching investors, ask yourself: How is yours the better mousetrap? Who are the competitors? Do you have sales? If it is the only one of its kind, do you have patents, trademarks? Are you creating a market that has not been attacked in the same way? Finally, what's the exit strategy: will we be licensing this or cashing out?

On goal-setting: Five days a week, I read my goals before I go to sleep and when I wake up. There are 10 goals around health, family and business with expiration dates and I update them every six months. I believe the last thing I read at night will likely manifest when I'm sleeping. You become what you think about the most.

Life-changing book: Hands down it's Think and Grow Rich by Napoleon Hill. I started the [goal-setting] ritual after reading the book. It studied a lot of successful people and you can see the common denominator.

Biggest business lesson: There are absolutely no shortcuts in business.

If I knew then, what I know now… I would have educated myself more in business early on by interning or working at a company first.

Don't believe the hype: People often think I'm in clubs every night, but I'm really a big outdoorsman. The things I love the most are fishing, snowboarding, biking or getting deep into some mud on a four-wheeler.

Turn-it-up tune: Going the Distance, the theme from 'Rocky' by Bill Conti, is one of the songs that by far gets my blood pumping and gets me excited.

Right now, I'm investing in… technology and health, in regards to gyms and fitness. I've become an owner of several different cross-fit gyms. I'm also acquiring a lot of tech companies and just became a partner in two: Mobli and search engine Resultly.

Best pitching tip: Never pitch about yourself. Focus on what's in it for the investors. Will you make them a lot of money? You have to play off the other person's greed.

What I look for is… an entrepreneur with skin in the game. I look to see if their concept is scalable. And is this person going to call me once a week or 10 times? I want an entrepreneur who is a problem solver.

Branding tip: You have to really understand your brand and convince yourself first. For example, Richard Simmons has no problem being goofy; he plays up who he is. He's not trying to act like the P90X [high-intensity workout program] guy. Once you understand who you are, put it out there and own it, people will accept it.

Secret quirk: I get a kick out of characters, like the Muppets. When I check into hotels, my name could be anything from Kermit the Frog to Fozzy Bear. So I love to call room service and hear, 'Yes, Mr. Frog?' Half the time I'll just hang up the phone because I want to hear that another 10 times a night. (Laughs.)