When Jason Hairston's hunting gear company, Kuiu, premieres a new product, he pulls a Steve Jobs and livestreams himself presenting it.

Kuiu sells high-end apparel and equipment designed for fit hunters who are serious about their sport. Its clientele travel to remote locales such as the Arctic Circle and need to stay comfortable, dry and, most important, alive. The 5-year-old company, which has few peers in the market, is on track to do $50 million in sales this year.

"The people who will log on to a live event at 10 a.m. on Tuesday are the innovators and early adopters," Hairston says, noting that he's able to accept and answer customer questions during the livestreams. "They're the ones you can build a brand off of. They're the ones who care about the latest, greatest product, and all of the little details about it, and they're the ones who tell 10 people."

It's Hairston's commitment to addressing customers directly that has elevated Kuiu to the global brand it is today. He has his sights set on not only providing quality products that will hold up during a once-in-a-lifetime hunt, but also sharing details about why he's made certain design decisions. As a hunter himself, he aims to treat his customer peers how he'd like to be treated, and that attitude translates into every aspect of how Kuiu operates. 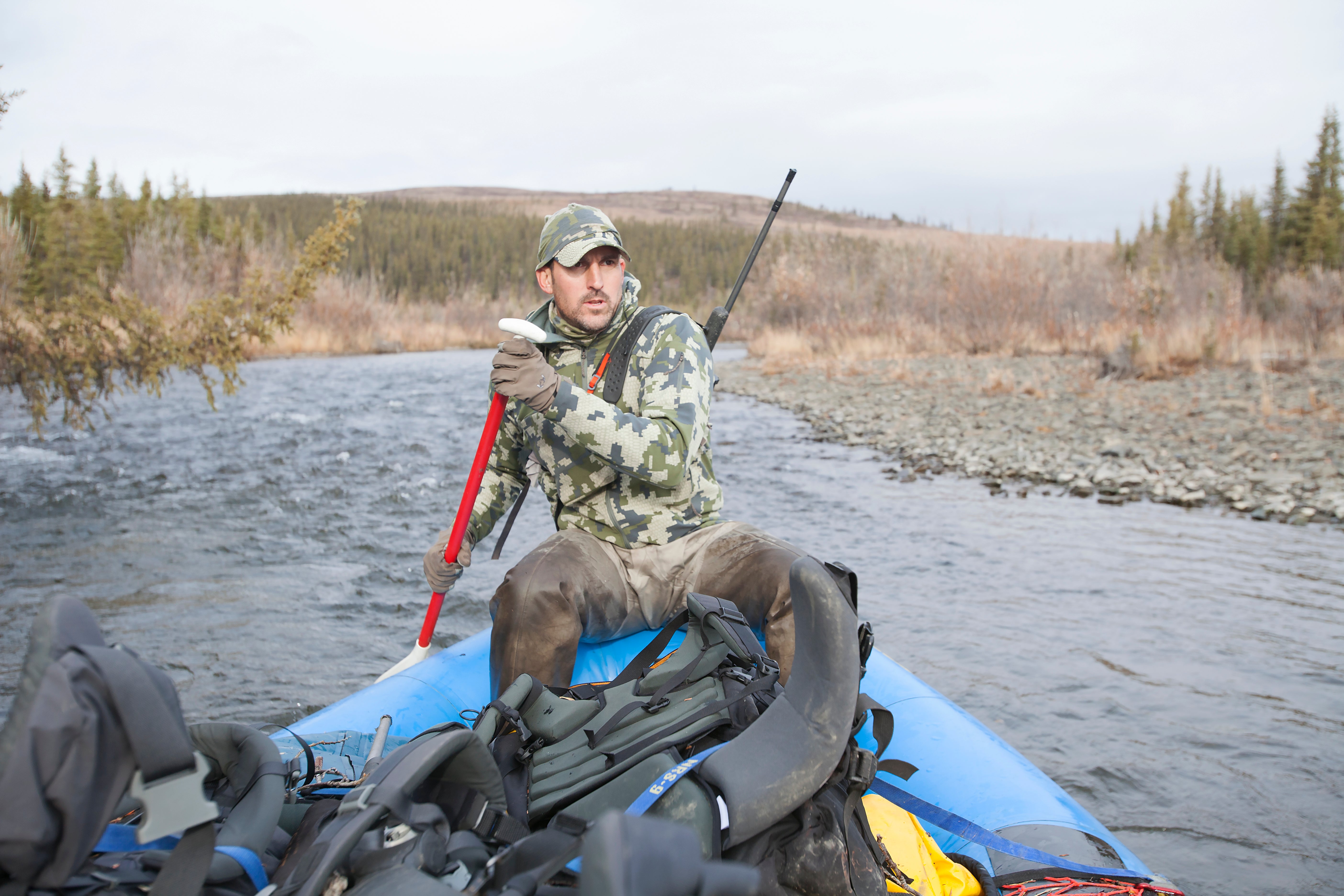 Kuiu launched in 2011, but 18 months prior, Hairston started his "Building Kuiu" blog, encouraging potential customers to follow along as he developed a proprietary camouflage pattern, waterproof pants and a pricing structure. From his makeshift office in his garage in Dixon, Calif., he told readers about the high-quality materials he intended to use and why they would be effective against extreme temperatures and terrain. He published testimonials from seasoned hunters weighing in on what Kuiu had in the works. Followers ate up the posts -- company progress reports interspersed with grisly photos of slain grizzlies and rams. Many left comments inquiring about the forthcoming products, and Hairston replied to hundreds of them.

Everyone told him he was nuts to reveal his plans so far in advance and potentially tip off competitors. "I said, 'well, my competition can't buy the fabrics I'm buying. It's too expensive,'" Hairston says. "It just seemed natural to me, but counterintuitive to most in business. You're supposed to hide everything and spend a lot of money and do this great big brand launch and hope it works."

This was not Hairston's first time founding a hunting outfitter. He previously co-owned technical apparel company Sitka, until his business partner and CFO sold the company against his wishes. "I started to realize, maybe I look at things a little bit different than everyone else in the room," Hairston says. "It took building one and losing one to begin to trust my instincts."

Among the lessons he learned from his tenure at Sitka was the inefficiency of selling through retailers, who Hairston says would mark up $200 jackets to $400 and make them inaccessible to many buyers. Educating his customers and selling to them directly became Kuiu's business model. "I had to educate my customers to take that $400 jacket off the rack," Hairston says. "If I'm already going to educate my customer that that's what they should go buy, then why do I need the retailer?"

Selling through retailers would have required Hairston to forego certain specialty materials to keep prices down, which he refused to do and decided to give the margin back to his customers. There are 15 to 17 million hunters in the U.S. alone, and Hairston wanted to offer an alternative to what's available at big box stores such as Cabela's. He traverses the globe to hunt down the best fabrics, in some cases getting permission from the suppliers to produce "Behind the Seams" videos in their factories and post them to YouTube to build customers' trust.

As a former NFL player (he played for the San Francisco 49ers for a year before succumbing to injury), Hairston says he's competitive in all aspects of his life and only wants the best for his customers. His instincts prevailed. Kuiu sold $500,000 on the first day products became available online. Within two years, the company was profitable. "I thought we'd just kind of be this $5, $10 million a year, at the max, lifestyle company," Hairston says. "I missed that by a lot." He says he hasn't marketed to Europe and the South Pacific, but Kuiu demand from those regions grew -- purely through word of mouth -- to the point where he had to hire sales reps overseas.

Hairston didn't stop having conversations with customers once Kuiu launched, either. He shares his email address on his blog and on social media and makes an effort to respond quickly. Their input occasionally leads to new product development. Kuiu started a line of sleeping bags at the suggestion of a customer. In some cases, Hairston says Kuiu has made changes to products in the middle of production based on feedback.

Hairston has built a culture around handwritten thank-you notes, which he writes regularly. Each of Kuiu's 11 customer service representatives and its showroom manager are required to write at least five thank-yous per day, but they often write more. Hairston estimates that the company will send between 40,000 and 50,000 paper thank-yous this year alone.

"Businesses, in the past, used to do that," says McCade Hunt, a senior customer service representative at Kuiu. "Now it's a quick email, now it's a quick text or a phone call. So I think now, when you see a card come through from the representative who you spoke to, it really solidifies the entire experience as a whole."

Got my Yukon jacket today and a HANDWRITTEN thank you note! Take notes #hunting gear manufacturers, @KUIU has things #onlock

Kuiu's niche gear has even attracted some celebrities, from Kid Rock to retired MLB pitcher Jeremy Affeldt. When his customer service team got a call from Donald Trump, Jr., for advice on what to bring on a Yukon sheep hunt, they let Hairston know right away. Hairston was sure to handwrite him a thank-you note and ultimately become friends with him and his brother, Eric. He later met presidential candidate Donald Trump at an industry conference.

"It's cult branding, you can't get it at retail, it's kind of hard to say the name," Hairston says. But Hairston emphasizes that he doesn't pay anyone to sport Kuiu. "We don't outsource our credibility," he says.

Outside of hunting, Kuiu's equipment has found several applications. The company has partnered with the Navy SEALS on a line of gear, and once Disney discovered Kuiu's patented lightweight carbon fiber, the company called Kuiu to inquire about using the frames in its character costumes to alleviate head and neck pain for wearers.

To this day, Hairston is involved with every aspect of Kuiu. In line with his independent style, he has not pursued venture funding or private equity, instead accepting a personal loan from a family friend to get Kuiu off the ground. He later met with more than a dozen banks, all of whom denied him because of, as Hairston puts it, Kuiu's lack of an accounts receivable division. Eventually, a bank owner with whom he had a family relationship finally gave him the green light for an SBA loan last year. As a result, Kuiu doesn't have a board of directors or advisors. Hairston says he still owns 70 percent of the company's equity.

"It's all those little things that we do that has built this company into something special without a lot of money," Hairston says. "It's powerful. It's cheap. But it's a lot of work."