If a growing arsenal of devices has come to serve as a constant conduit for self-expression and engagement in our hyper-social era, why should cars be any different?

As the so-called Internet of Things edges towards wider adoption, that's the conceit of two-year-old MotorMood, an Orange County-based startup that wants to make the road a happier place.

The company's first product is a light-up smiley face that affixes to a vehicle's rear window in order to say "thank you' to -- and perhaps even flirt with -- fellow drivers on-the-go. Visibility ranges up to 30 feet, the company says.

Priced at $30, the emoticon illuminates for six seconds thanks to a remote control button that clips onto sun visors, not unlike a garage door opener. It requires less concentration to operate than a radio or air conditioner, according to MotorMood.

How to install the device.
Image credit: MotorMood

The company launched a Kickstarter campaign today with a lofty $130,500 goal; the team of four co-founders chalks the figure up to high manufacturing costs.

Nevertheless, they are confident it will be surpassed: A 1,050-person self-conducted survey validated a sort of delighted intrigue in the product, they say, and existing research confirmed that smiley faces not only trigger the same emotions as human smiles, but also have the power to reduce anger and aggression in teens.

The product's chief demographic, according to the team's survey, is females aged 18 to 29.

But a light-up "thank you' is really just MotorMood's first act, explains 28-year-old co-founder and president, Jesse Kramer. While additional happy emojis, themed collections and even licensed characters are potentially next on deck (despite requests, MotorMood won't ever produce middle fingers or angry faces, he says,) Kramer eventually envisions a Bluetooth-connected device with a Kindle-like display that could serve as "a status bar for your car."

In this sense, its use cases are endless, adds Alex Sewell, 22, a co-founder who serves as vice president of operations. Future iterations could track the number of smiles given and received via a corresponding app, or even identify the kind of music playing on one's radio, Shazam-style, and display that information like a real-time bumper sticker. (If you're wondering why anyone would ever care to share such information, just think of the glut of minutiae that currently stampedes across social media every second.) 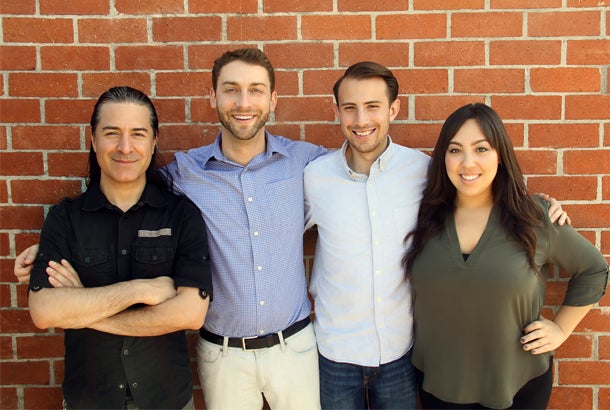 Even further down the line, adds lead engineer Arman Bastani, 41, another co-founder, MotorMood could act as a data-collecting censor in realms like air quality and traffic alerts.

MotorMood's fourth co-founder, Kina de Santis, met Kramer and Sewell at a startup event in Orange County, Calif. As the company's director of marketing, she was also recently recognized by the Global Student Entrepreneur Awards.

"Everyday, you're stuck in your car. You're isolated by barriers of glass and steel," says de Santis, 20. "And you're so used to being able to share your emotions all the time."

Once a smile is spotted, describes Kramer, MotorMood yields an element of surprise that feels almost magical for bestower and receiver alike. "You see something light up out of nowhere, and it ignites this sense of wonder, enjoyment and happiness."