By Daphne Mallory
May 29, 2015
Opinions expressed by Entrepreneur contributors are their own.

Greg and Joshua Owen, a father and son team, lead their third generation family business, Tri-Modal Distribution Services. The company is based in Southern California and provides global logistics. warehousing and distribution services to retail shippers. Greg, the dad, is the head coach and sets the vision, while his son, Joshua, oversees the day-to-day affairs of the company. 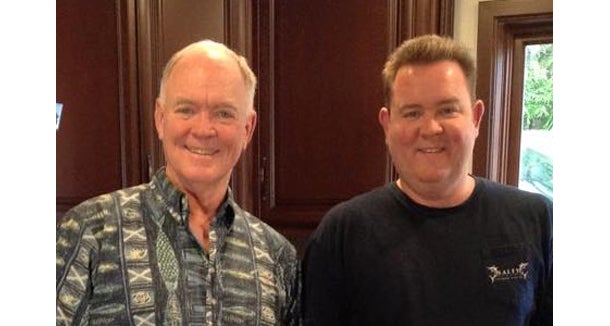 Bill Owen, Greg's dad, started City Transfer, Inc. in 1947, later City Freight Lines, which he sold to his employees in 1984. Bill started with one truck servicing the Port of Long Beach. He picked up luggage from families returning from vacations and transported it to their houses. Greg remembers sitting in his dad's truck when he was 3 years old. He became president at age 27, making him one of the youngest owners of a major trucking company. He left in 1982 to start Tri-Modal.

I met Greg at the Rotary International District 5400 Conference, where he was a special representative to Rotary International's president. He has an extensive history of service with the organization, and uses his family business to help improve the lives of others around the world. Here are some key lessons from Greg, a coach/dad, running a business with his son.

A coach may be better.

Josh wanted to become a documentary filmmaker. Greg did not force Josh to join the family business. What he did was allow Joshua to discover and attend a business program. In one class, Josh was surrounded by classmates who were already experienced in their own companies and industries, but had started in upper management after graduating from college. Josh worked his way up in the family business, starting around age 9. He was intimidated at first and called his dad to question whether he could make it. Greg reminded him of his experience and reassured him that he belonged. Like a good coach, Greg encouraged his son by reminding him of his experience in the family business.

Josh was first to present to his class and leveraged his background in the film making business to put together a solid presentation. He based it on one of his company's biggest customers, forecasting what they should look like five or more years, including future technologies. It was so impressive that his professor made that the model for the rest of the course. It built up Josh's confidence and he's achieved upward success in the company ever since. For example, Josh created a distribution services company for the family business. Greg and Josh prove that coaching the next generation of leadership is sometimes more effective than pressuring them into developing their skills and talents for family business.

Related: Seven Steps to Coaching Your Employees to Success 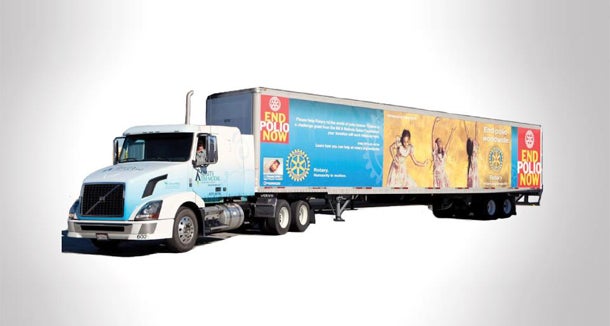 Josh also demonstrates his leadership in the industry. For example, Josh transformed his entire fleet of trucks as part of the Port of Long Beach's Clean Trucks Program. The goal of the program was to reduce truck related emissions by 80 percent, by banning older trucks from accessing the port terminals. Josh explained, "We realized that we really need to look at our equipment, how we operate, and protect our children and families. I want clean air as well."

Related: How Green Power Can Benefit Both Small Retailers and the Environment

While many trucking companies utilize valuable space on the outside of their trucks to promote their services and ensure brand messaging, Greg and Josh have wrapped their trucks in photographs and messages that read, "End Polio Now," and "Rotary - Humanity in motion." They even include a website for donations. Rotary International's goal is to eradicate polio around the world, primarily though its PolioPlus Program. The World Health Organization and other groups confirm that polio has been reduced by 99 percent. 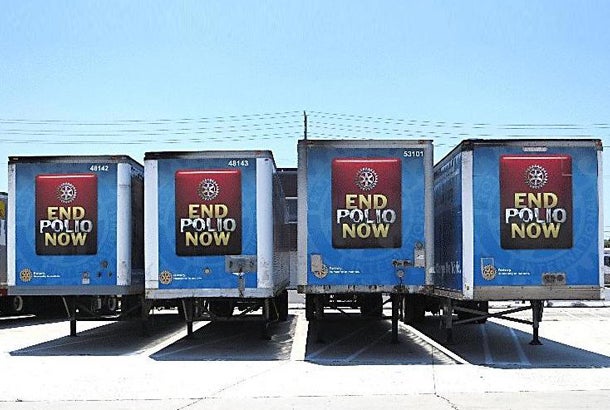 Greg has reaped the rewards of becoming a Rotarian. He once shared, "The only thing that remained normal in my life and which kept me together [when going through trials in business] was weekly Rotary meetings, where I could see friends and be in a positive environment."

Greg and Josh lead a family of families. Whether it's truck operators or their Rotary family, it's clear that their family business is their passion.