By Riva Richmond
September 10, 2012
Opinions expressed by Entrepreneur contributors are their own. 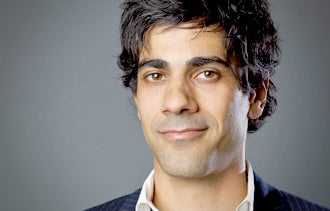 In 2004, ex-PayPal software engineer Jeremy Stoppleman was hit with a bad cold. His frustration over trying to find a doctor on the web, sparked Yelp, an online service he co-founded where 78 million people each month read and write reviews of local businesses from doctors to restaurants to dry cleaners.

In March, the San Francisco-based company went public. Its shares were initially priced at $15 and have soared 45 percent since then. Its annual revenue, collected from local businesses, now tops $100 million.

We spoke with Stoppleman, 34, about starting an internet company and steering it into the mobile world. What follows is an edited version of our conversation:

Entrepreneur: How do you stay relevant in such a fast-moving industry?
Stoppelman: About every year or two there is a moment of truth where there's some new development in the marketplace, some new technology, some sort of existential crisis. You just have to be vigilant about looking out for those moments.

In early 2008, it was confirmed that there would be an opportunity to build applications for the iPhone. We were fortunate enough to make the right call on that: to bet early, to put resources into it and have a pretty good application in the store at the moment when it opened. Four years later, and, sure enough, iPhone is extremely important and our application is quite successful. One of the important ways users get to our site is by searching Google, so that creates a certain dependency. But on the iPhone that doesn't exist.

Entrepreneur: How do you approach innovation?
Stoppelman: You want experimentation. Every once in awhile you stumble upon something that blows your mind.

The best example I can think of is Yelp Monocle, a feature in our iPhone app. It was the first augmented-reality feature on the iPhone. You turn on the video camera and then it overlays information on the businesses ahead of you.

We thought it was sort of a geeky, fun feature for people that were really into technology. It literally resulted in a 30 percent to 40 percent increase in mobile app downloads and traffic as word got out. It was just a huge marketing win, and it came out of one little conversation and one experimental idea that we encouraged and allowed to be dropped in there. And it just shocked us.

Entrepreneur: What's the most important lesson you've learned about building a successful tech startup?
Stoppelman: Choose something you are passionate about -- or a pain point that has affected you and that you feel really needs to be changed. I was taking on something that I felt was really broken and that I thought I could fix. I think I've lasted as long as I have because it has been a personal endeavor. It wasn't just a business problem. It wasn't just about making money. It has been about the mission. And it still hasn't gotten dull.